Share All sharing options for: Briere returns Wednesday, who goes? 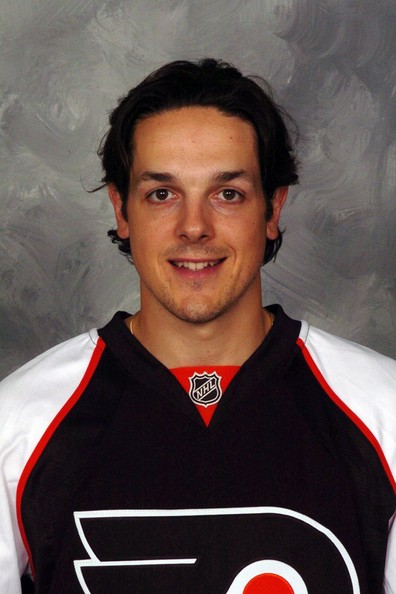 With Danny Briere returning from his injury on Wednesday night against Atlanta, the Flyers will no longer be able to dodge the salary cap bullet. They have been able to stay under the cap, despite having more salary alloted than the $56.7 million the cap allows. But with Briere returning, the Flyers have to make some moves to get back under, and someone is going to have to go. Everybody is saying the Flyers are going to have to make a big time trade. Joffrey Lupul and Randy Jones have been mentioned in trade talk more than Terrell Owens.

But is a trade really necessary at all?

If you ignore Mike Rathje and Derian Hatcher, who have yet to play a game this season and quite possibly may never play for the Flyers again, the Flyers have $60.2 million wrapped up right now, meaning they are $3.5 million over the cap when Briere returns.

With injuries to Josh Gratton and Jon Kalinski, they can add those two to the long-term injury reserve, which means their salaries do not go against the cap. They will free up $1.13 million in cap space, and then the solution gets much easier from there.

Luca Sbisa is probably going to be sent back to juniors, and the Flyers can still do so without having this season count against his salary, thus putting him a year closer to free agency. I feel that would be a smart move at this point, as it would allow Ryan Parent to finally find his way into the lineup. His $875k added to Kukkonen's $875k means that the Flyers are just $600k and some change away from getting under the cap. Send one of Claude Giroux, Glen Metropolit, or Darroll Powe to the Phantoms, which is going to have to happen anyway given that Briere needs a spot in the lineup, and you're under the cap.

No trade. Just a little housekeeping. Look at that...

Better yet, Briere will hopefully give a needed boost to an offense that has fallen stagnant over the past few games.

Another solution, of course, does involve a trade. Randy Jones has long been a favorite goat of mine. It's probably because he's wearing Chris Therien's number and I just get bad vibes, but regardless, I don't think Jones is worth his $2.75 million a year contract, especially when cheaper solutions exist with Parent and Sbisa. I also am suspicious that Jones is playing hurt, as his play has not consistently been all that good since he's returned.

If you trade Jones and send down Powe, you get to keep Giroux and Metropolit around, while allowing Parent into the lineup. If Parent doesn't work out, you've got Kukkonen. Or, you can just keep Sbisa instead. It creates one of those "good problems" on defense while cleansing the team of the expensive, and probably injured, Randy Jones.