Share All sharing options for: Meet Your Adirondack Phantoms 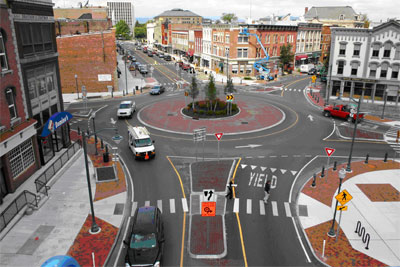 The team has not announced that it will officially be called the Adirondack Phantoms, but literature put out by the above-mentioned Phantoms Hockey LLC has used that name. Previous teams that called the Glens Falls Civic Center home have used the name Adirondack, including the AHL's Red Wings and the UHL's Frostbite.

Last week, the Brooks Group signed a three-year lease with the Glens Falls Civic Center, but it was contigent on reaching a goal of 2,500 season ticket deposits. According to the Post-Star of Glens Falls, they currently have 1,676 commitments. The owners must have been confident that the number will continue to rise, and now that the league has finalized the move, there are no further steps that have to be taken.

The Flyers will no doubt miss the convenience of having their AHL team under the same practice roof as them, and upstate New York is not exactly across the hall. But the team might not be there long. Many see the move to Glens Falls as a temporary solution, given that the Brooks Group has publicly stated they want to build an arena in Allentown, PA.

That would be a much better situation for the Flyers, but to the town of Glens Falls, it could be the final straw when it comes to hosting a professional hockey team. The Red Wings played there for twenty years before that franchise folded. They were replaced by the Frostbite of the UHL in 1999, who also left town in 2006 thanks to attendance problems that led to an inablilty to come to a lease agreement.

Many people in the area are looking at the Phantoms as a situation they need to take advantage of. Glenn Merkosky, a resident of the area and the holder of basically every Adirondack Red Wings offensive record, understands that the Phantoms are probably only going to be there for a short time before moving on. He says the city can make the most of it, though.