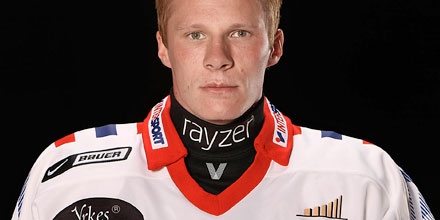 The Flyers have signed Finnish forward Mika Pyörälä to a contract, terms unknown. The 28-year-old most recently played for Timra IK of the Swedish Elite League. You may remember that club as the same team goaltender Johan Backlund played with before signing a contract with the Flyers in March.

Pyörälä is known as a versatile two-way forward that can play either the wing or the center position. Elite Prospects calls him "a team player who always works hard", "good off the puck" and says that he possesses "good hockey sense." Other comparisons compare his work ethic to that of fellow countryman Sami Kapanen, a player Flyer fans obviously know well.

This past season with Timra, Pyörälä had 21 goals and 22 assists in 55 regular season games.

He's played for the Finland's national team at the World Championships in 2007, 2008, and 2009. It's far from a certainty, but he could challenge for a spot on the Flyers third line this upcoming season.

After the jump, a video of Pyörälä scoring a goal against Jokerit.