It's pretty safe to say that Johan Backlund won't play in a game for the Philadelphia Flyers this season.

The goalie, in his first season of North American hockey, was called up in early December when Ray Emery went to the injured reserve with an abdominal injury. Brian Boucher was right behind Emery to keep the starting spot warm, but Backlund was expected to be the backup guy for the six weeks everybody thought Emery would be out of commission.

How much confidence did Paul Holmgren and the Flyers front office have in Backlund's ability to open and shut a door from the bench, let alone actually get in and see meaningful NHL action? Enough to call up Michael Leighton, a guy who had just been waived by the worst team in the league. Backlund was quickly shipped back to Adirondack.

But wait, um, did Johan get the message? Meet his goalie mask, designed by David Gunnarsson of DAVEART Designs. 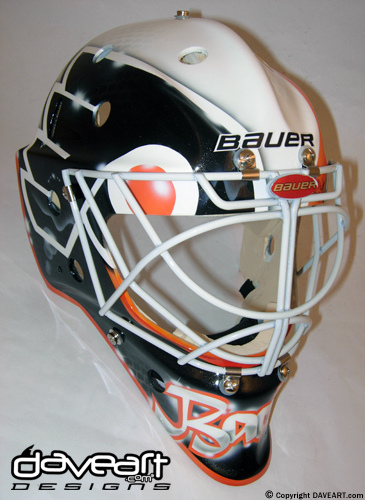 'Backe' across the chin, a Flyers logo on the left side, and a FLYERS script on the right side which you'll see after the jump. That's pretty simplistic and pretty awesome at the same time if you ask me. It's a shame we won't get to see the guy wear it here until at least September, if ever. Here's the description of the mask, via Gunnarsson:

Johan Backlund wanted a basic and clean Flyers design, a design really breathing Philadelphia Flyers. David Gunnarsson fulfilled his wishes as he created a mask design both classic and modern, with a base of black and white for perfect contrasts.

The design is a symphony of logos painted with cool 3-D effects and line graphics. And of course DAVEART's popular innovation DAVEART Holographix FX, with a background pattern of Flyers logos.

Lots of ambiguity there, but whatever. After the jump, see a few more angles of the mask. 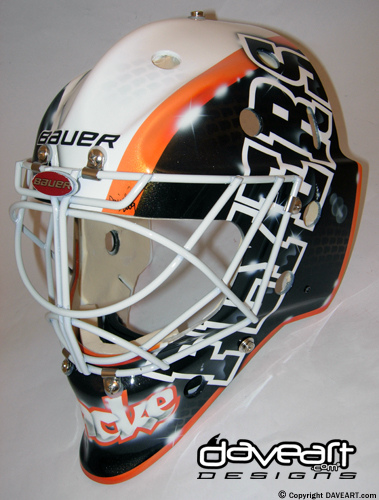 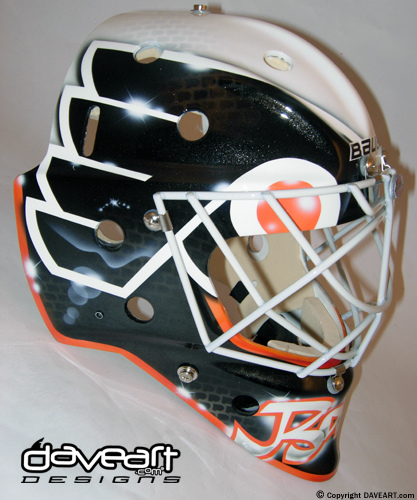 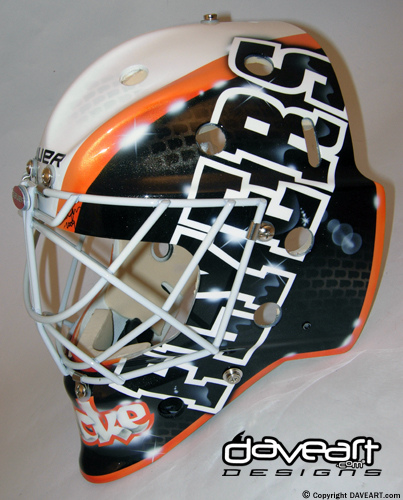