If The Playoffs Started Today...

Share All sharing options for: If The Playoffs Started Today... 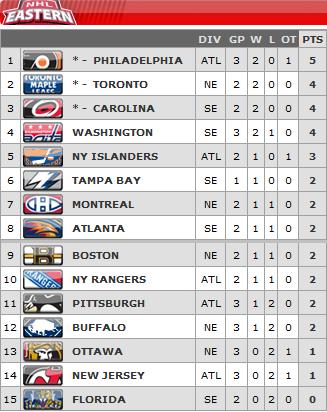 A few assorted thoughts on how the Eastern Conference is looking in this post-Columbus Day world we live in.

(I apologize for the admitted stupidity of this post.  That's why I set it to publish at 3:30 AM, in the hopes that no one would ever see it...)