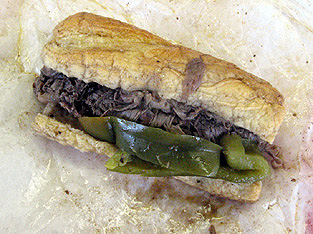 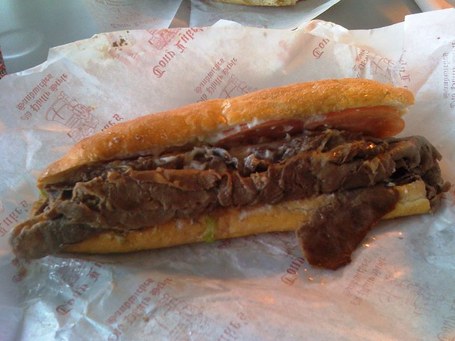 Yeah, so maybe we're getting the raw end of the deal here, given how superior our sandwiches are. But, nevertheless, we've made a little wager with the guys at Second City Hockey.

Should the Flyers beat the Blackhawks in the Cup Final, those guys will ship us some sandwiches from Al's Beef, a Chicago staple. Should the 'Hawks win, which, you know, won't happen, we'll ship them a box of Tony Luke's Frozen steaks, which I've been told taste as good as the real ones.

In a few weeks, I'll be sure to post a full review of how that Al's thing tastes. Let's go Flyers.