UPDATE, 3:44 PM: Briere has released a short statement regarding his accident, via the Flyers:

Philadelphia Flyers center Danny Briere was involved in a car accident in upstate New York in the early morning hours of June 17. He has issued the following statement:

"I was in a car accident in New York," said Briere. "I was driving home to visit family and friends back in Canada when I got into an accident [Wednesday] night. My youngest son (Cameron) and I are both okay. We are doing fine."

Briere and his son were the only passengers in the car.

Briere added that he appreciates everyone's concern, and kindly requests that the media respect his privacy and refrain from contacting him at this time.

ORIGINAL POST, 1:52 PM: NBC Philadelphia is reporting that Danny Briere was involved in an accident with a tractor-trailer today in Binghamton, New York.

Briere was trying to pass a tractor-trailer on Interstate-81. He was a little drowsy, according to state police, drifted into the other lane of traffic, swiping the tractor-trailer.

The big rig swerved and jackknifed, tying up traffic for hours.

Briere's car hit a guardrail. He and his son were both taken to the hospital, treated and released.

We're obviously glad Danny and his young son, Cameron, are okay. This gets really scary after the jump, though. NBC Philadelphia has a gallery of photos of Danny's Range Rover after the crash.

The inside of the car... 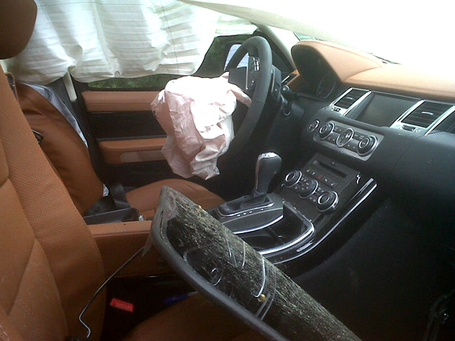 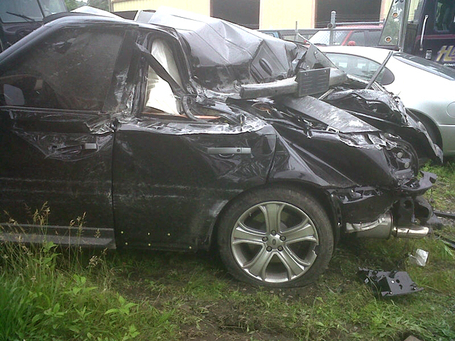 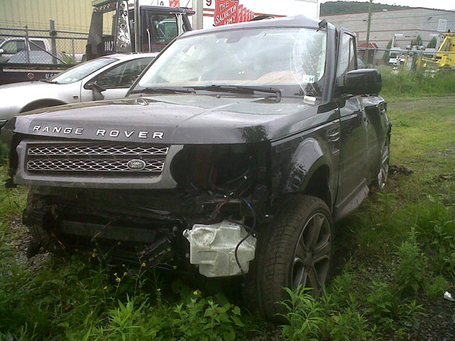