I just walked around the Wachovia Center and took a few photos. The crew clearly has the building decked out for the Stanley Cup Final. Several photos after the jump, but we start with the t-shirt that will be handed out to fans in attendance tonight. 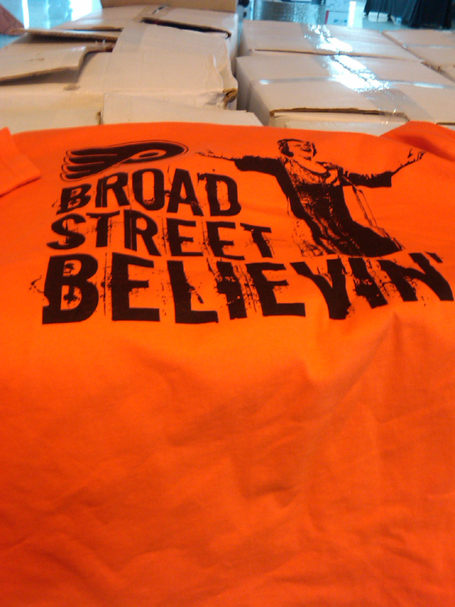 Plenty more after the jump.

The floor of the 11th Street Atrium: 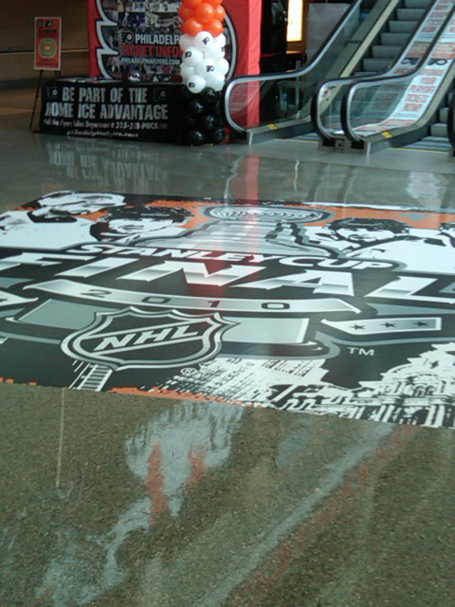 Above fan gear in the 11th Street Atrium: 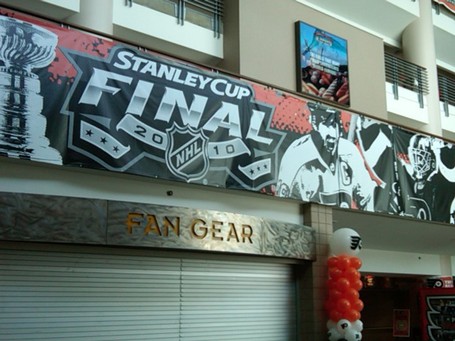 Sections 222 and 222A have been blocked off to accommodate the extra press. There are about six rows above in 222A where fans will be seated though. I'm sitting here, and I'm pumped about it. 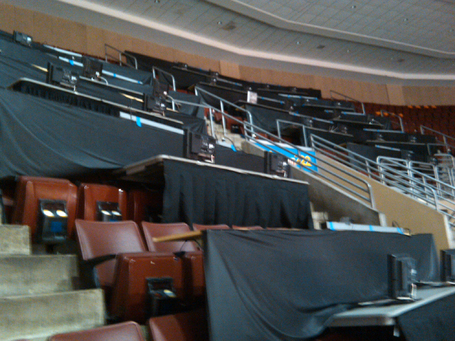 The Flyers are already winning, apparently (was just a test, of course): 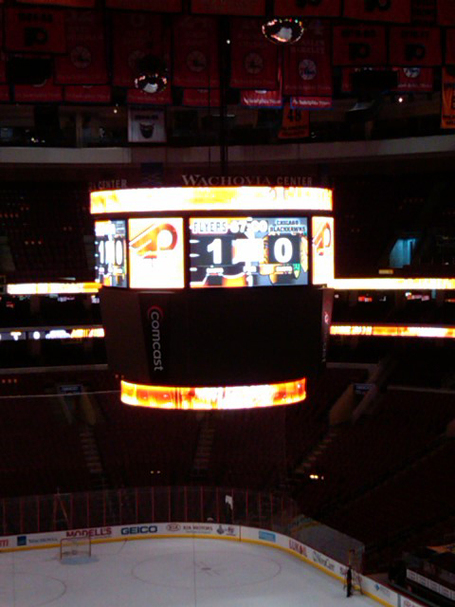 Finally, a few more wide shots of the rink: 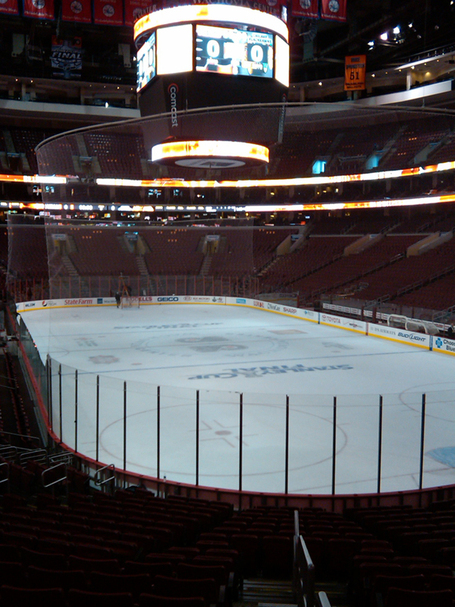 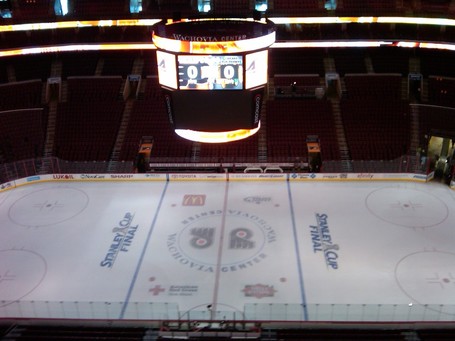 Who's ready for some hockey?