The third day of Prospect Camp was fairly uneventful.  After spending Friday watching Riopel, Stewart, and Bobrovsky, I spent today trying to watch Rawlings, Morrison, and Phillips.  But those three worked mostly on wraparounds, which was too dull to watch.

At the other rink, Riopel, Stewart, and Bobrovsky had some difficulty getting a lot of action since the skaters were having difficulty following Coach Berube's instructions.  Needless to say, it wasn't a very eventful day of practice.  And yet I was still able to get some video of Stewart, Bobrovsky, Morrison, and Rawlings.  Check them out at the BSH YouTube page.

The good news is that there were different players stepping up today, so today's recap will be different than the previous days. 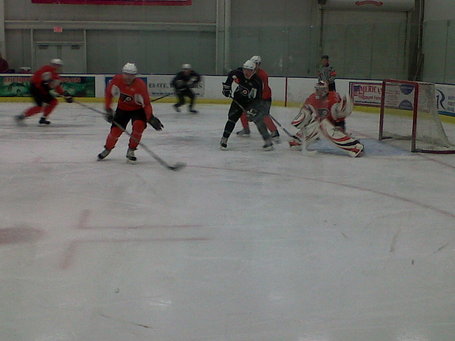 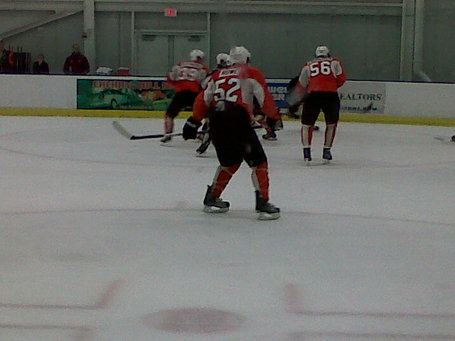 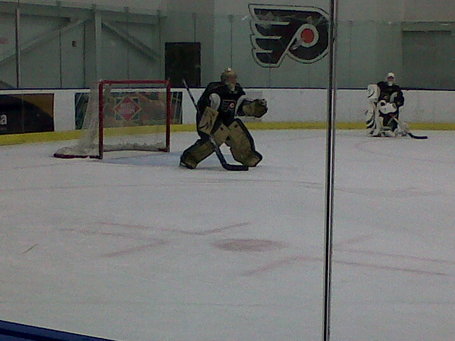 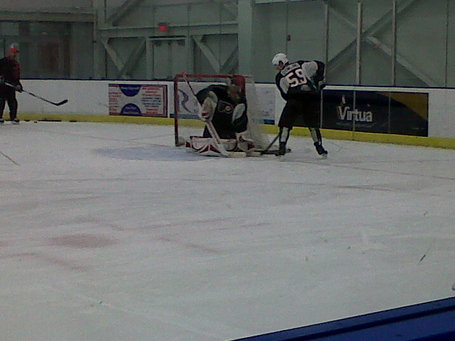 Even GM Paul Holmgren was in attendance: 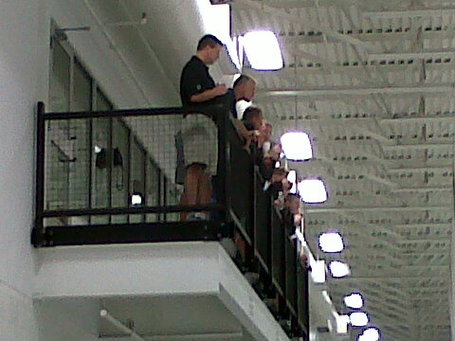 He saw a few of his tryouts outperform his draft picks, which is one of those good and bad things.  The Black Team improve to 2-1 on the week though: 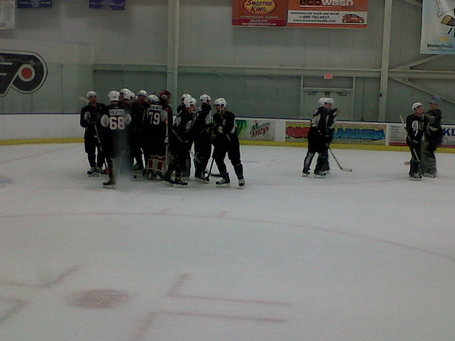