Another uneventful practice, which makes me think it's me.  The only thing from practice is that Craig Berube is still intimidating, and I wasn't even the one being yelled at.

Plus, the one time we made eye contact, I froze.  Seriously, that guy is scary and I'm not afraid to admit it.

Only three videos taken today, one of Riopel at practice, one of Bobrovsky at practice, and a shootout attempt by Dowling on Bobrovsky.  Check them out at the BroadStreetHockey YouTube page.

It's Sunday and it's nice out, so let's get straight to the bullet points. 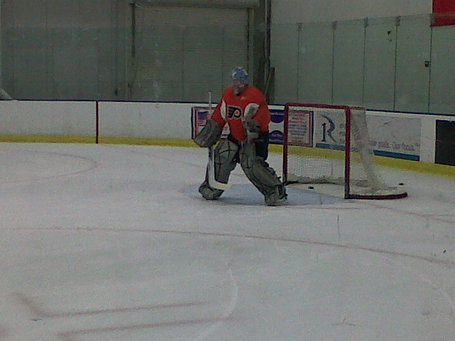 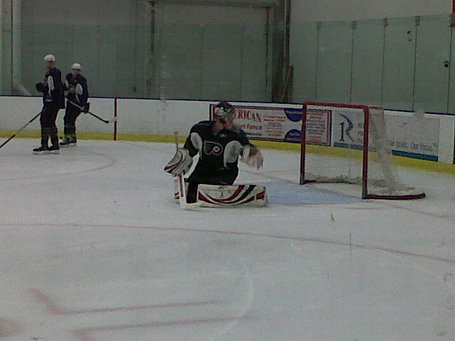