After spending Thursday at the annual Trial on the Isle, the Flyers prospects returned to the ice on Friday.  As with Wednesday, it's hard to draw conclusions from just one day of practice, especially considering how little you see of everybody.

For the second straight practice, only half of the rookies had name plates on their back.  No idea why that is, but it's a little frustrating.  They change into named jerseys for the scrimmage, but it leads to some difficult scouting at practice.

Partly because of that, but mostly because of my previously mentioned affinity for goalies, I spent most of the practice time watching the trio of Nicola Riopel, Brad Phillips, and Sergei Bobrovsky take turns in net.

I didn't mention it on Wednesday (mainly due to the poor quality), but be sure to stop by the Broad Street Hockey YouTube page for videos from camp.  Try to forgive the quality as it was taken on my phone.

After the jump to see who stood out on day 2, for both good and bad.

We'll just do bullet points since it's a lot easier to transcribe my notes that way. 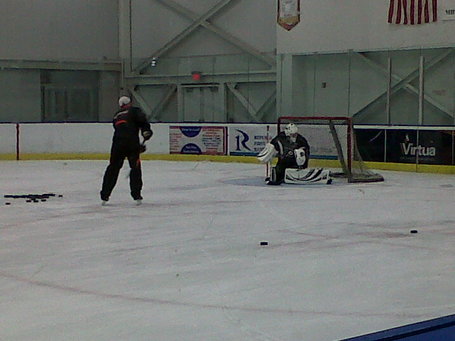 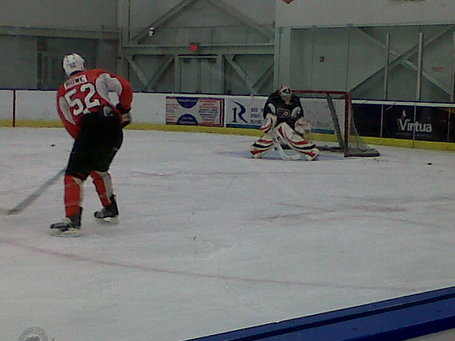 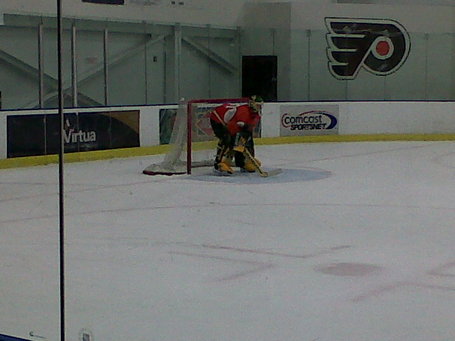 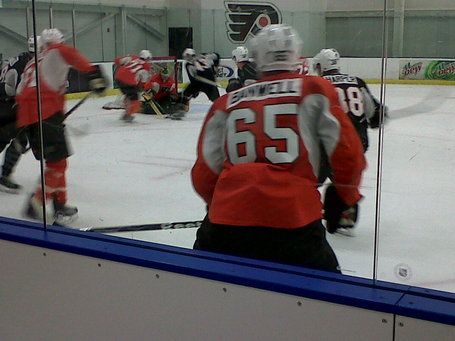 As with last time, if you have any specific questions or anybody you want us to focus on at camp, just let us know. The number of players who I notice but who haven't done much is far too long to say "Player X" is invisible.