Share All sharing options for: Devils outwork Flyers, hold on for 3-1 victory

PHILADELPHIA -- Don't get me wrong: the Devils are still a very bad hockey team. Since playing here at the Wells Fargo Center two weeks ago, the day after they lost their captain Jamie Langenbrunner, the team from New Jersey has been a respectable, hard-working bunch.

They have a rag tag crew on defense, an offense led by a star who still isn't living up to his contract and their best goalie is a 1994 draft pick of the Flyers, not the Hall of Famer who's brought their organization three Stanley Cups. Despite all of that, they're proving that hard work really does go a long way.

For much of the first period today and even a good bit of the second, the deepest team in hockey was out-hustled by the worst team in hockey, and no matter how much skill you have, this is hockey. You can't win when you wake up at 2:30 for a 1 p.m. start.

Eventually, after being booed off the ice at the end of the first period, the Flyers did get things going, helped in part by an injury to Devils' defenseman Colin White. The Devils didn't have the same jump and they looked pretty disorganized in their own end, but Johan Hedberg stood tall in goal.

Late in the second, James van Riemsdyk got his stick on a Claude Giroux centering feed and it squeaked by Hedberg to pull the Flyers within one. The momentum carried over into the third, a period that the Flyers squarely owned at both ends of the ice. So why couldn't get they get the puck in the net?

For one, Hedberg was fantastic, most notably on a late Jeff Carter chance in the third, but more importantly, most of the Flyers chances were less than ideal. All day, the passing was sloppy, especially when moving the puck from point to point in the offensive zone and that contributed to a lack of solid scoring chances. Hedberg was able to see the puck well throughout the entire game.

The Flyers just weren't up to speed today. Call it a trap game if you want, although none of the players seem particularly jazzed up about tomorrow's game in Chicago. I'd just call it an example of the Flyers not showing up.

They took the Devils seriously today, but the opponent never really even mattered. They would've lost to the Canucks or the Islanders or the Stars, too, and if they play the same way at 11:30 local time tomorrow, they'll lose again to the Blackhawks.

After the jump, questions with answers and the comment of the day. 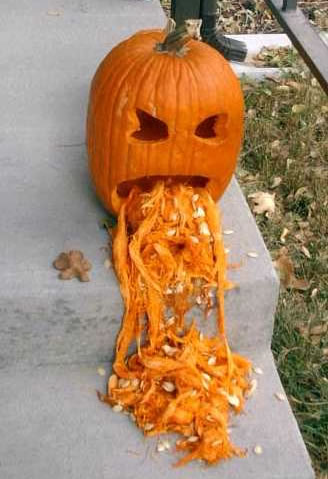