Chris Pronger's puck-stealing was a story again last week thanks to the Flyers' return to Chicago. That spurned BSH reader Matt Delisle to look back at the video following Game 4. He found this. 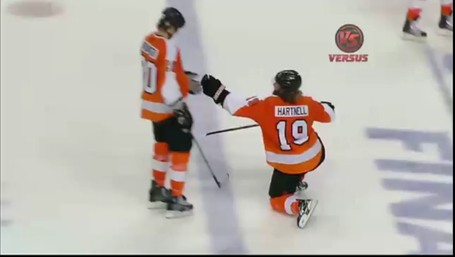 That's Hartnell picking up the puck after the game and handing it to Pronger. INTRIGUE!

Alright, since this isn't really a story, let's turn it into a caption contest. Maybe Scott's actually proposing here? We may never know.