Share All sharing options for: Scoring Chances, Games 6 and 7: Flyers vs. Capitals, Blues

Despite losing both these games the Flyers outchanced the Capitals 18-9 and the Blues 16-10. Both games were characterised by defensive lapses allowing weak goals by the Flyers and excellent goaltending from both Tomas Vokoun and Brian Elliot keeping their respective teams in the game. An encouraging sign, though it could be due to score effects, was the Flyers dominated scoring chances through most of the third period trying to tie the game.

Jump for the charts. 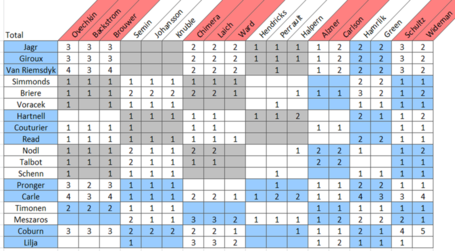 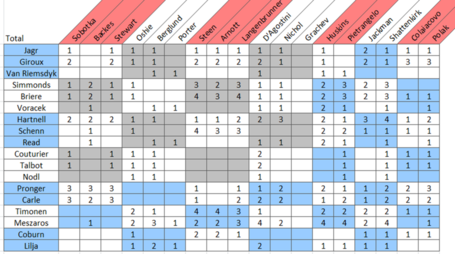