Share All sharing options for: Scoring Chances, Games 8 and 9: Flyers vs. Leafs, Canadiens

The Flyers and Leafs both generated 13 scoring chances at even-strength, with no team really dominant at 5v5 at any stage of the game. However, the Flyers special teams were excellent. The powerplay generated 9 chances on five opportunities with the man advantage, and the penalty kill kept the Toronto powerplay to 0 chances on three opportunities.

The Canadiens game started strongly for the Flyers, outchancing the Habs 8-2 and 4-1 at even strength. The next two periods were completely different as the Canadiens generated 16 chances and the Flyers only managed 6 more (including only 1 chance in the third). 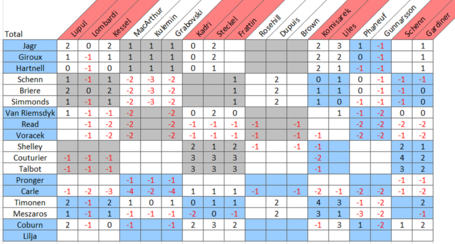 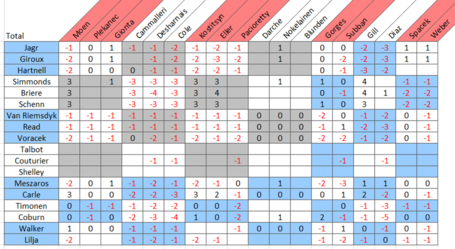