Share All sharing options for: Help BSH Vote For The Barry Ashbee Trophy

The Barry Ashbee Trophy is awarded annually to "the most outstanding Flyers defenseman, as selected by a panel of sportswriters and broadcasters." Here at BSH, we've been honored with the privilege of sitting on that panel this year, because apparently somebody considers us worthy.

It's a hell of an honor and something that's extremely cool to me, as a fan who's always watched those pre-game award ceremonies at the end of each season, but the fact is that at the end of the day, I'm still just a fan with a website. Why should I get a vote over all of you?

So, here's what I'm going to do: I'm handing my vote over to the readers of BSH. I'm going to lay out the case for each Flyers defenseman after the jump, and once you've read up and decided whether or not you agree with me, you can vote in the poll. I have to vote for the top three, so whoever comes out on top in the poll will get on my ballot

We'll have polls for the other two awards -- the Bobby Clarke Trophy for Team MVP and the Yanick Dupre Memorial Award for "Class Guy" -- tomorrow and Friday.

More after the jump. 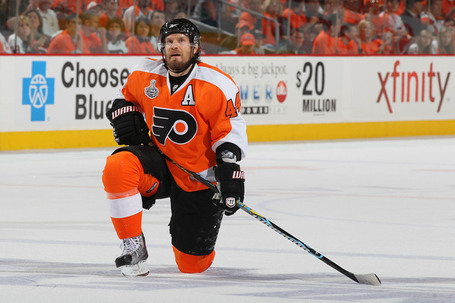 Timonen has been the best defenseman on the team by just about every metric this season. He's a work horse, he plays injured just about every single night and he's a hell of a leader. He plays tough minutes, in all situations and is certainly the most underrated player on the team.

Simply put, he deserves the award yet again. He's won it twice in his three years in Philadelphia, with the only exception coming a year ago. 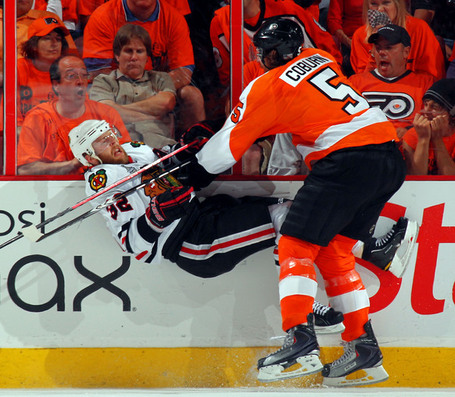 You might think that putting Coburn ahead of Pronger is insane, but just hear me out for a second. Remember two years ago when Coburn took that puck off the brain in the playoffs, and how much his game seemed to change in the aftermath of that injury?

Well, guess what? He's back. He's quietly having a fantastic year on the blueline, and while we know what to expect from Timonen and Pronger, Coburn's been a bit more of a question mark. His ability to step up his game and play more to his potential is just as big a help as the improvement of the third pairing has been. 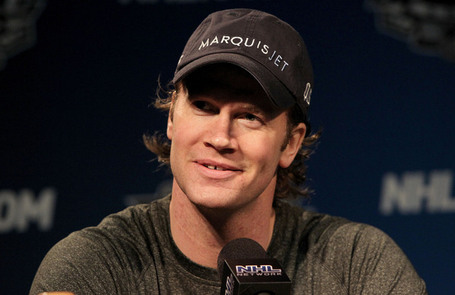 Pronger is Pronger, and he's a Hall of Famer. On the whole of the season, the Flyers are nowhere without him, and some might say that's enough to give him the trophy.

The problem I have with voting him in first or second is the fact that by the end of the season, he will have missed something like 30 to 35 games. How can you be the most outstanding defenseman on the team when you've missed over 40 percent of your games?

Besides, he won it a year ago.