Playing with determination, grit, and Hart

Share All sharing options for: Playing with determination, grit, and Hart

You have to respect a man who can have a successful NHL career despite never having learned to skate.

After the jump, we take a photographic journey through the 2010-2011 season, with all of its ups and downs. 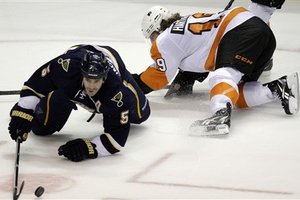 In an early-season game against the Blues, Hartnell convinces everyone to try a "no skating allowed" period. He still gets called for two tripping minors. 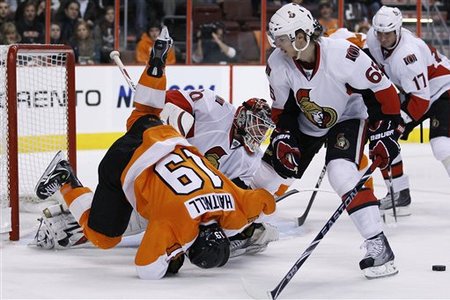 Lionel Hutz claims this head-on-ice impact caused dizzyness and loss of balance and entitles Hartnell to a big cash payout. 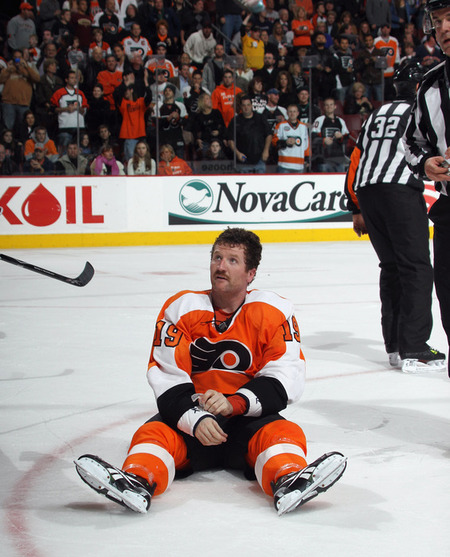 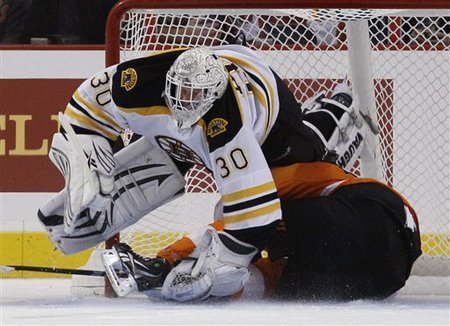 Thomas was incensed that this cut block did not draw a 15 yard penalty. 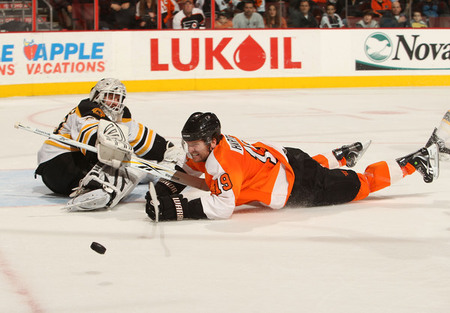 Thomas makes a brilliant stick save on Hartnell, blocking him away to the corner. 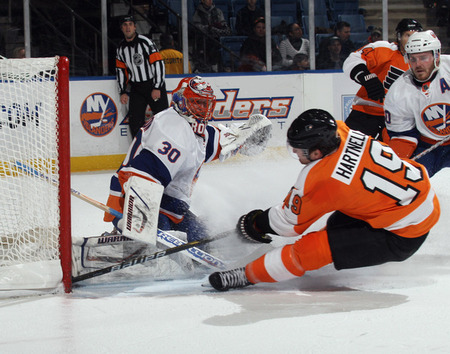 That precious instant when neither Hartnell's body nor his skates are touching the ice. 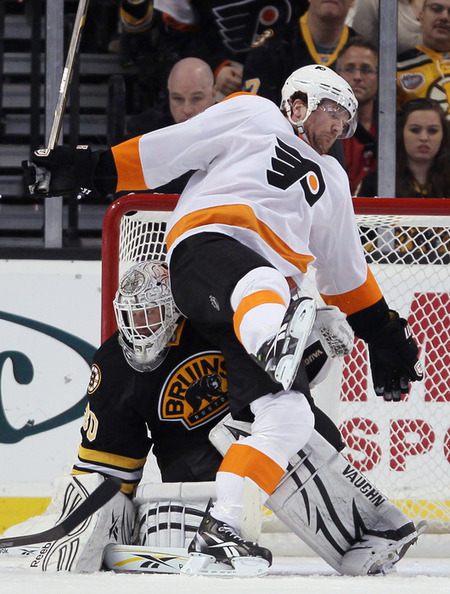 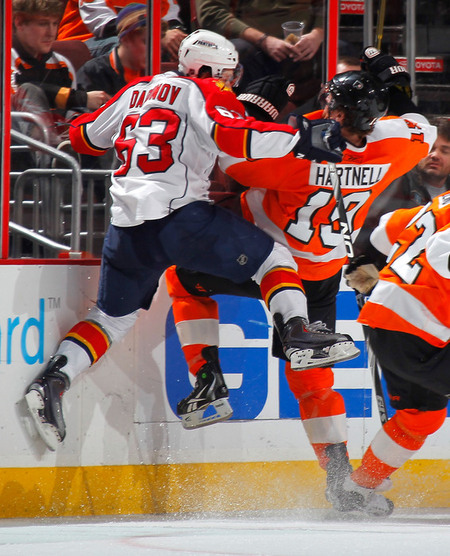 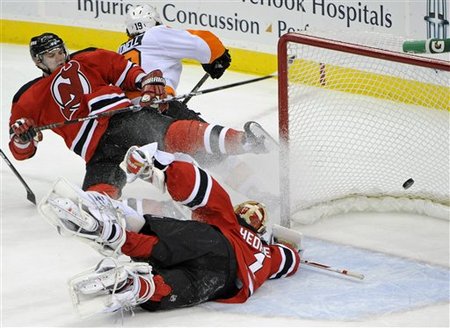 Finally we see Hartnell's strategy pay off, as his fall brings two Devils to the ice and opens the net for Briere to score. 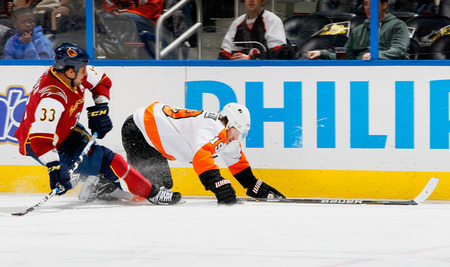 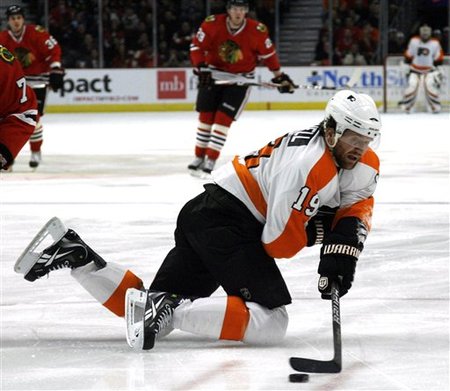 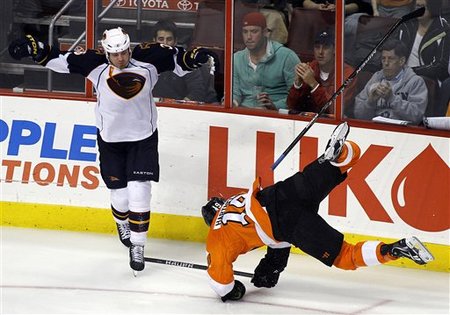 Don't be too proud of yourself, buddy. This would've happened even without the check. 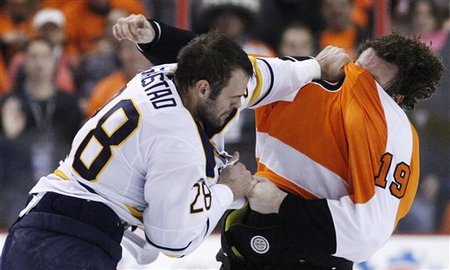 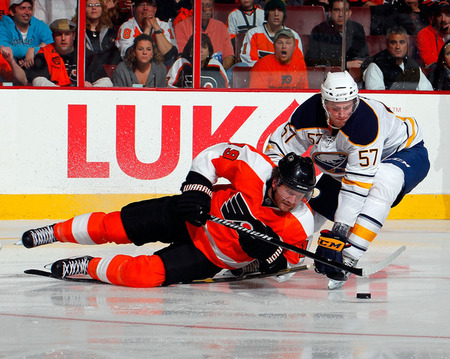 Hartnell's moves are a lot craftier than they appear. Here, he executes a perfect lie-down-on-the-defender's-stick to create time to play the puck. 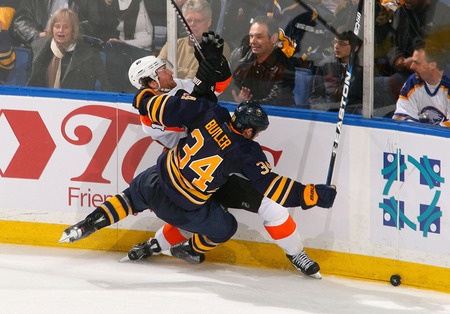 With a modern 3D TV, it's like Hartnell is skating right into your lap. 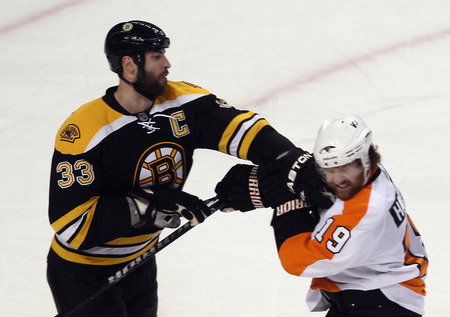 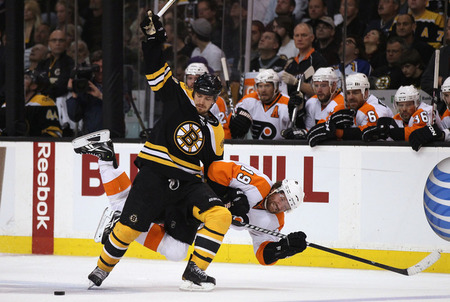 As the Flyers went down hard metaphorically, Hartnell did it literally.

Thanks for the effort, Scotty, we really appreciate it. But maybe with the extra time this off-season, you can use some of your $4.1 million for skating lessons?