Philadelphia Flyers forward Claude Giroux, also known as Orange Jesus, joined Twitter yesterday at about 5:45 p.m. I was his 700th and 701st follower (approximately) just a few minutes later. When I checked in about 20 minutes later, he was up to 6,000.

He's hopped over Matt Carle and Dan Carcillo with relative ease. And yeah, at this rate, he's going to pass Mike Richards within about the next 40 seconds. For the record, Giroux has tweeted three times.

Claude Giroux is sort of the man. Let's just hope he tweets as well as he chirps on the ice, because his teammates are already virtually giving him plenty of shit. 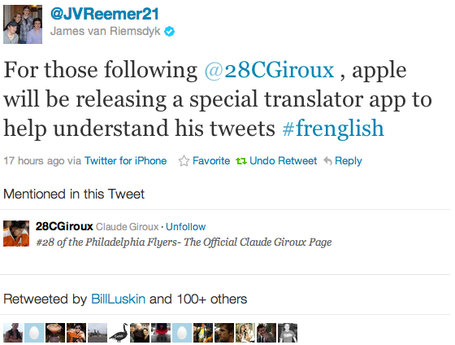 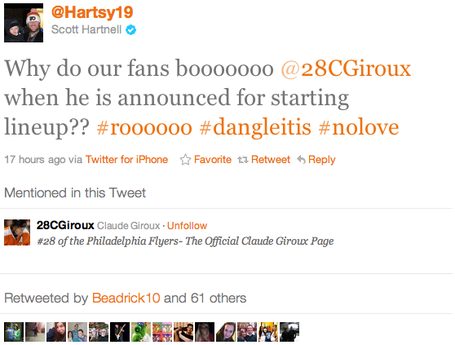