The biggest Philadelphia Flyers stories of 2012

Share All sharing options for: The biggest Philadelphia Flyers stories of 2012

It may have only been roughly half a year thanks to the ongoing NHL lockout, but the hockey part of 2012 has been another damn entertaining one in Philadelphia Flyers land. Using both BSH traffic numbers and our hearts as a barometer, let's look at the top 10 Flyers stories of the year:

* ALL THE SIX-YEAR CONTRACT EXTENSIONS

* Claude and Danny playing together in Berlin

* Racists get racial on Wayne Simmonds in Liberec

As is customary, Paul Holmgren broke out his giant cojones on July 1 and made offers to ... well, just about everybody. Zach Parise was in contact with the Flyers (and apparently offered $110 million). Ryan Suter was in contact with the Flyers. They dipped their toe in the Rick Nash trade waters. It didn't work out and we settled for Ruslan Fedotenko, Michael Leighton and Bruno Gervais, but Homer tried. As usual.

He's back, guys. Lindros officially reconciled with the team on the last day of 2011 when he played in the Winter Classic Alumni Game, but I'm still including this as a story of 2012. He was inducted into the Philly Sports Hall of Fame in 2012, he practiced with the team before they played in game in Toronto in 2012, and all seems right with the world. Well, until he gets inducted into the big Hall in Toronto.

8. Ilya Bryzgalov is a cosmonaut.

It's not just the "HOLY CRAP HE'S ACTUALLY A COSMONAUT" part, though. Ilya Bryzgalov being crazy is absolutely one of the biggest stories of the hockey year, whether he's getting lost in the woods, going on a franchise-record shutout streak or talking about the end of the lockout in Russia. Or going to space camp.

The Flyers have only retired five numbers in their history, and they did it once in 2012. Mark Howe is one of the best defensemen to ever play in Philadelphia. He played more games for the Flyers than any other club, and he honed his craft on the Spectrum ice in orange and black. He was inducted into the Hall of Fame late in 2011, and the Flyers properly honored him back in March by raising his No. 2 to the rafters forever. 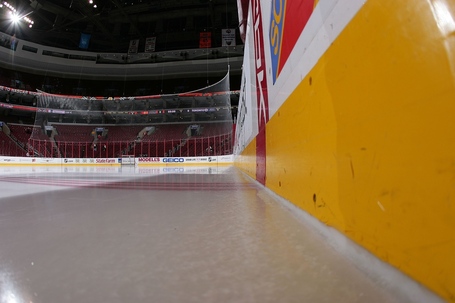 The Penguins had claimed the throne as the top hockey team in the Commonwealth for the last several years, but in one of the most bizarre and ridiculously entertaining playoff series in recent memory, the Flyers soundly dispatched the Pens from their perch with a mix of roller coaster games, come-from-behind wins and a penchant for pushing the Pens into thug mode.

Seriously, that last part could be the story in and of itself. Penguins fans are always on their high-horse about playing the game the right way or whatever, and the Flyers are always the dirty ones. Welp, this happened in 2012. And this and this.

But most importantly, the Flyers are just a better hockey team. That was proven on the ice in 2012. Looking forward to more of this in 2013: 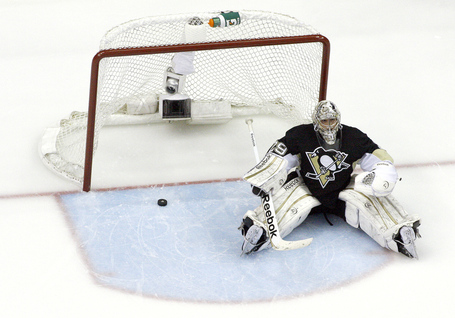 3. The Winter Classic comes to Philadelphia.

The NHL's marquee event came to the City of Brotherly Love on January 2, and the game was the most successful Winter Classic to date. Citizens Bank Park sold out three times over the course of Winter Classic week -- once on New Year's Eve 2011 for the Alumni Game, once for the Winter Classic and later in the week for an AHL game between the Adirondack Phantoms and Hershey Bears.

The City of Philadelphia put on the best Winter Classic show to date. We'll probably get a chance to one-up ourselves in like ... what, five years? (heh)

2. Ed Neary didn't actually beat up a guy, but Dennis Veteri did.

Unfortunately, this was without-a-doubt a top story of 2012. It may not have had any on-ice impact, but when some punk kid from Northeast Philly decided to make an idiot comment on Facebook claiming he beat up a pair of Rangers fans after the Winter Classic, it made national and even international headlines. Our story was linked on the front page of CNN.com. They talked about the site on Inside Edition.

It was bizarre, and it's still our highest-trafficked story ever.

Philadelphia Police quickly realized it wasn't Ed Neary who committed the crime, and some fine police work by detectives ultimately led to the arrest and conviction of Dennis Veteri, a Glassboro resident. But the stain the entire mishap put on Philadelphia and Flyers fans -- as if we needed that stain darkened any further -- and put us on the map yet again in a way we're ashamed of.

1. Shea Weber signs an offer sheet with the Flyers.

AT TWO IN THE MORNING.

The Flyers probably made the biggest free agency splash of the last ... I don't know, decade or so ... back on July 19 when they signed Nashville Predators RFA defenseman Shea Weber to an offer sheet. A 14-year, $100 million offer sheet. It was a bold move to try and fix the massive hole that remains on the Flyers blueline, and they front-loaded the deal in a way they hoped would prevent Nashville from matching.

Ultimately, though, the Preds just couldn't let two superstars walk away in one summer, and general manager David Poile did indeed match the contract.

So he'll be in Nashville for 14 years now, not Philadelphia. And about those problems on defense...