Share All sharing options for: Which Philadelphia Flyers Forwards Are Taking Tough Minutes? 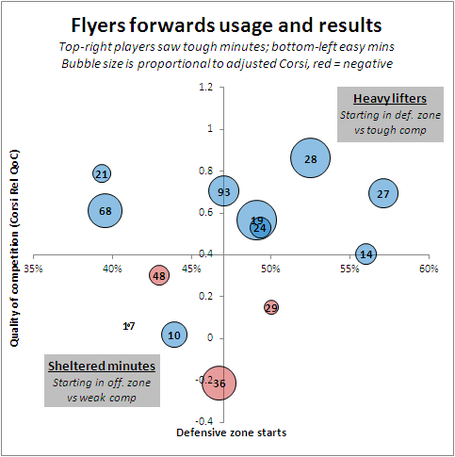 Early in the year, we used a plot to show that the Flyers weren't putting anyone into the true heavy lifter role. They had some players starting in their own zone a lot and some players facing weak competition, but nobody was being asked to do both and nobody was getting away with doing neither.

As the season has worn on, the picture has changed. Players have gotten hurt or changed lines, but patterns of usage have emerged -- some players are consistently being asked to take on tough situations and others are being given relatively easy minutes.

After the jump, we have a few observations.