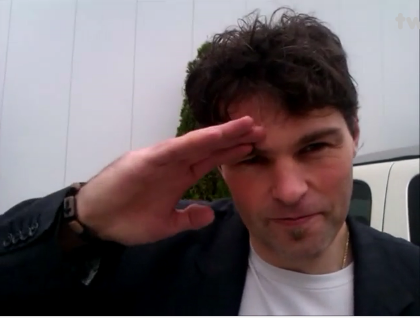 Click the image above to see Jaromir Jagr's "welcome to Twitter" video from Tuesday evening. In that background there, it looks like he's standing outside of the Skate Zone in Voorhees, which seems like an odd spot to record this video, but nonetheless. (Or perhaps it was at the airport? Who knows.)

That's how Jagr officially joined Twitter, and he topped that salute with his first ever tweet Thursday: