For the second straight game, the Flyers dropped eight goals on the Penguins. That part was awesome. But unlike last game, Game 3 overfloweth with Pittsburgh bullshit that could leave its stench for the rest of the Flyers' playoff campaign.

Straight to the bullets. 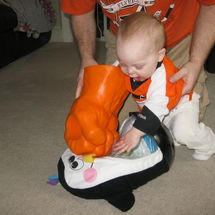