You may have heard over the weekend that Dan Carcillo said some silly things about the Flyers.

He tore down the play of Michael Leighton in the 2010 playoffs, claiming that the Flyers would have had a better chance to win that Cup with better goaltending. Probably true, but it of course ignores the fact that the goaltending was actually slightly better than that of the Chicago Blackhawks during that 2010 postseason. (Flyers goaltenders had a .913 collective save percentage in 23 games, Chicago's Antti Niemi had a .910 save percentage. We imagine math hurts Dan's head a bit.)

He also made some comments regarding head coach Peter Laviolette, who by all accounts is a coach that's widely respected by his players. Not Carcillo, though. He told fans in attendance at the Blackhawks Convention that he has "zero" respect for Laviolette, a man who has achieved far more in hockey than he has. Hmm, wonder why? 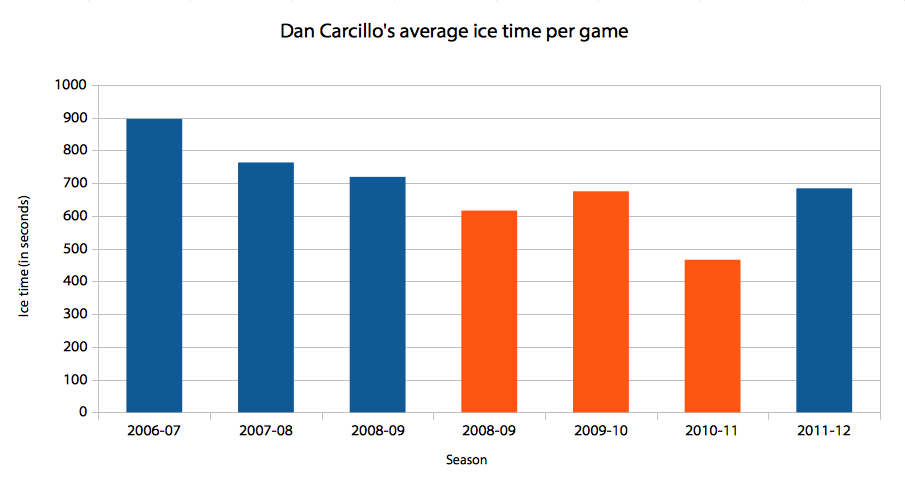 Remember that the 08-09 season was played under John Stevens, but nonetheless. And playoff games under Laviolette? Carcillo was benched in two of the five Eastern Conference Finals games against Montreal in 2010 and he was benched in all but two of the games against Chicago in the Finals. Probably because he's not all that fantastic at hockey.

It's worth noting that Carcillo was likely playing to his audience here, but still: You don't see Max Talbot ripping Pittsburgh to play to the Philly crowd, right?