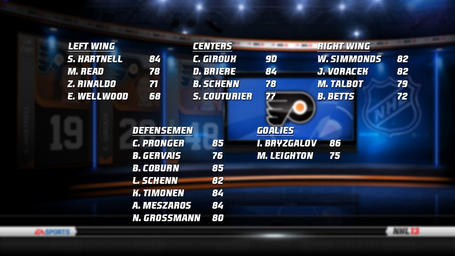 EA Sports released player ratings for every team in the Eastern Conference on Thursday via Yahoo!'s Puck Daddy, and what you see above is a look at the Philadelphia Flyers' roster. That's how they see things breaking up at present, and while a lot of it -- most of it? -- is pretty accurate, there are a few glaring mistakes.