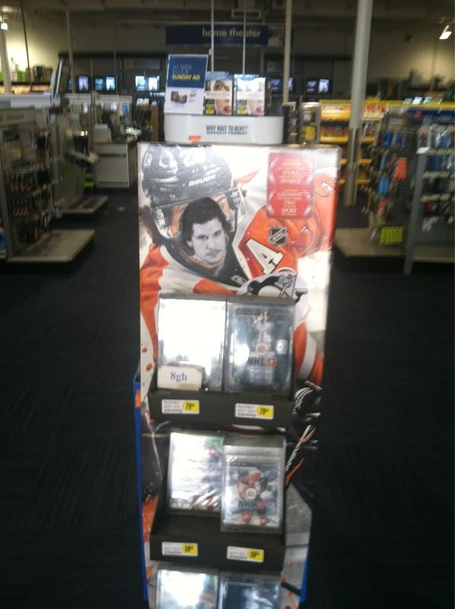 Via reader @BrianFNMcDonald on Twitter, here's a picture of the revamped NHL 13 display at a Best Buy store in Greensburg, Pa., an eastern suburb of Pittsburgh. Hilarious mustache and all!

According to Wikipedia, Greensburg was voted one of the "Best Places to Retire" in the state by US News & World Report. #oldpeople

Our response after the jump. 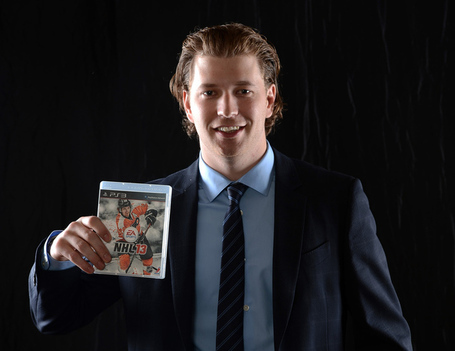