Nerlens Noel hates Sidney Crosby, or at least owns a t-shirt that says so.

Rookie 76ers center Nerlens Noel won't step on the Wells Fargo Center court until Christmas at the earliest as he recovers from an ACL injury, but he's not wasting any time getting to know Philadelphia. Namely, our other sports teams and the sports teams we hate.

Case in point, via CBS Philly:

You've no doubt seen the shirt in question: 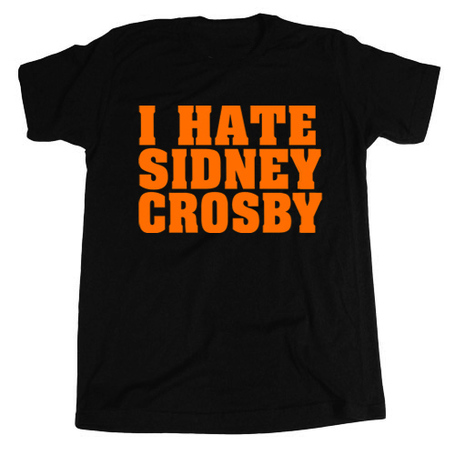 I'm on record as against the "Crosby sucks!" chant, because I think it's dumb and makes us look dumber. (You know, because he doesn't suck.) But a little flat out, in your face Crosby hate? All aboard.