Winter Classic 2015: Rumors say the Capitals will host the Flyers in DC

The Flyers could participate in their third Winter Classic in six years.

Share All sharing options for: Winter Classic 2015: Rumors say the Capitals will host the Flyers in DC

Where there's smoke, there's usually fire. Lately there's been a lot of smoke rising about the Flyers playing the Washington Capitals in the 2015 Winter Classic.

First, there was this report from Shawn Reznik of The Hockey Writers on Saturday afternoon:

I have it on good authority the #Flyers will be playing the #Caps at the 2015 Winter Classic. @FlyersNation @TheOrangeUpdate @BroadStHockey

Then, on Sunday, Hockeybuzz's Eklund reported the following:

According to two sources tonight next year's Winter Classic will the Philadelphia Flyers visiting the nation's capital to face the Washington Capitals. The outdoor series will also continue with Montreal, St. Louis, San Jose and Minnesota, and Tampa leading the list to host the games. An Announcement regarding the Caps and Flyers could be made soon.

A Flyers official said Monday morning that the club understood it was a finalist but had not been notified.

Eklund features a less than stellar reputation when it comes to hockey rumors, but he is Philly-based and does have connections with the organization. Panaccio periodically writes for Eklund at Hockeybuzz but probably wouldn't corroborate Eklund's report with a story of his own unless he has some inkling it could be true.

Who will the Caps host? 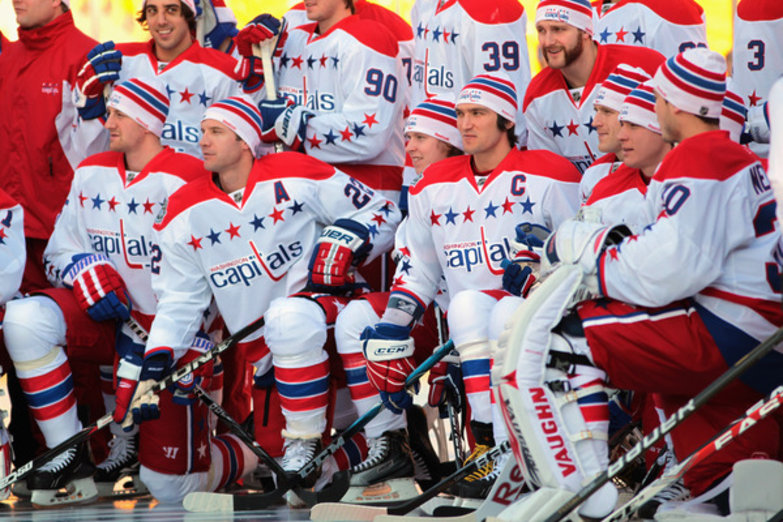 Back in September, SB Nation's Matt Brigidi looked at six potential opponents the Caps could face ... including the Flyers.

So, that's where we stand. We'll wait and see what happens before we start with mock jersey designs or ticket details or anything, but there's certainly smoke here.

The Flyers obviously make sense for the game, even if it would be their third Winter Classic in six years. They're a money-maker for the NHL, and they're always a team that NBC wants in the game. NBC tends to get their way when it comes to these things. That's what $2 billion buys you.

It was announced in September that the Capitals would host the 2015 game, but an opponent has yet to be announced. A venue has also not been determined for the game, with the NHL saying only that it'll be played in the "Washington area."

Nationals Park seems to be the front-runner, especially since RFK Stadium is a run down dump that's older than Veterans Stadium was. FedEx Field, the current home of Washington's pathetic NFL franchise, is out in the Maryland suburbs and probably features the worst stadium experience in major American professional sports. So uh, hopefully not.

Baltimore's M&T Bank Stadium could be a dark horse candidate, though, and might make a lot more sense if the Flyers are the opponent. Baltimore is fewer than 100 miles from Philadelphia.