Bobby Clarke Trophy: Who is the Flyers team MVP this season?

Jakub Voracek has to be the front-runner, but who deserves and who will win MVP honors and the Bobby Clarke Trophy this year?

Share All sharing options for: Bobby Clarke Trophy: Who is the Flyers team MVP this season?

The Flyers will give out their annual team awards on Thursday night before their final home game of the season.

Over the next few days we'll handicap the race for each of those awards -- the Barry Ashbee Trophy awarded to best defenseman, the Yanick Dupre Memorial Award for "class guy," the Pelle Lindbergh Memorial Trophy for most-improved and the Gene Hart Memorial Award to the player who showed the "most heart" during the season, and starting first today, the Bobby Clarke Award awarded to the team's MVP.

Let's look at a few candidates, even if it's a pretty short list... 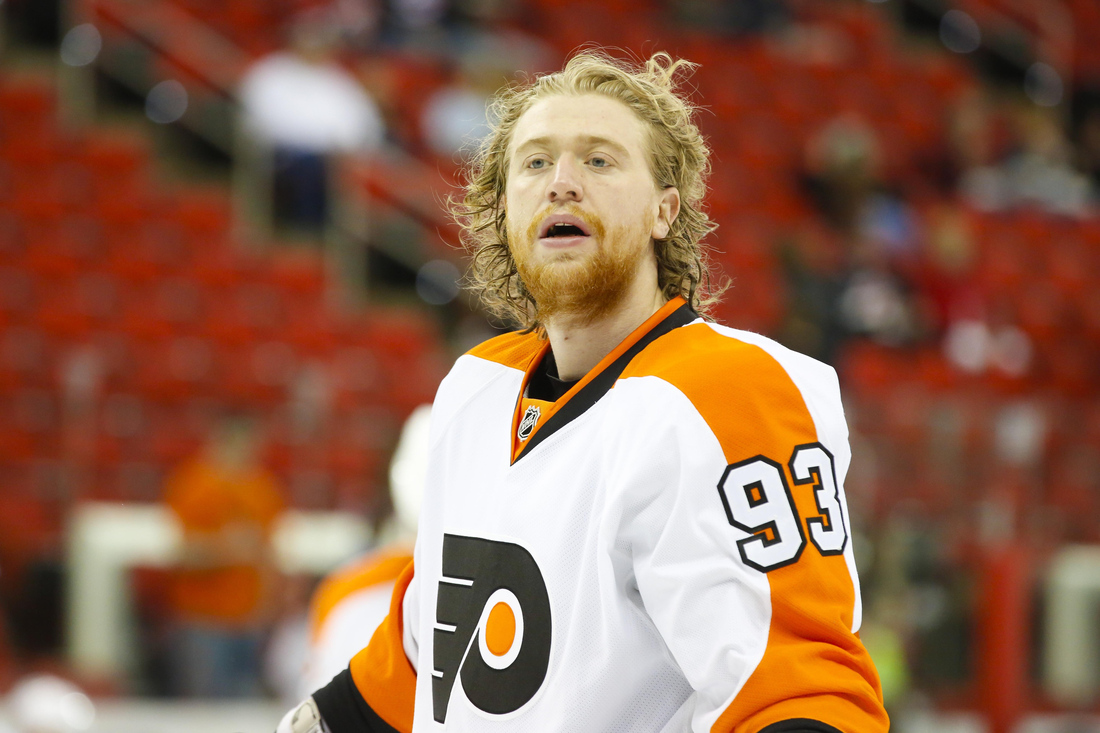 If there's a clear front runner for the Clarke Trophy this season, it has to be Jake Voracek. As we all hoped last offseason when he signed a contact extension with the team, Voracek has had his breakout year this season, playing mostly on the Flyers top line and leading the team in goals with 20 as of this writing, ranks second in assists and is right there with Claude Giroux in terms of overall points.

Jake has been the most-reliable forward on the team this year, especially at 5-on-5, and it's scary to think where the Flyers would be without his breakout. They were counting on him to step up last season when they lost Jaromir Jagr (to name one guy) and he's been launched into a top-line role and has succeeded. 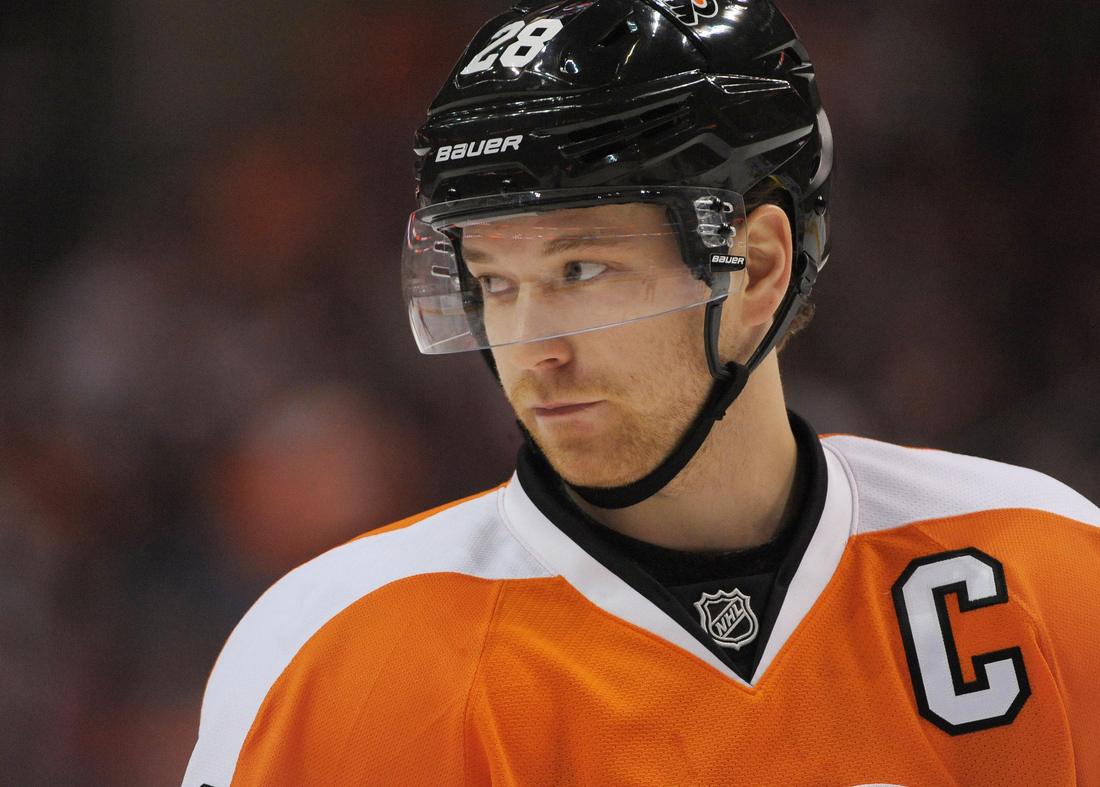 Despite the perception that Giroux has taken a step back this season -- it's certainly up for debate -- he's still been one of the best forwards on the Flyers again this season, as you likely know.

He leads the team in points, and he's still had that offensive success despite playing tougher defensive minutes than anybody not named Sean Couturier, Mike Knuble, Ruslan Fedotenko or Max Talbot. He plays more minutes than anybody else, and he racks up the ice time at even strength and on both special teams units. Also notable: 11 of his 15 total assists were first assists, the best ratio of any forward on the team.

Has Giroux been more valuable than Voracek this season? The goal total certainly says Voracek is the more valuable player, but Giroux plays more minutes and in more situations than Jake. Voracek's goal total and his resurgence is great, but Giroux's trusted by Peter Laviolette to play in every situation. Can the same be said of Jake? 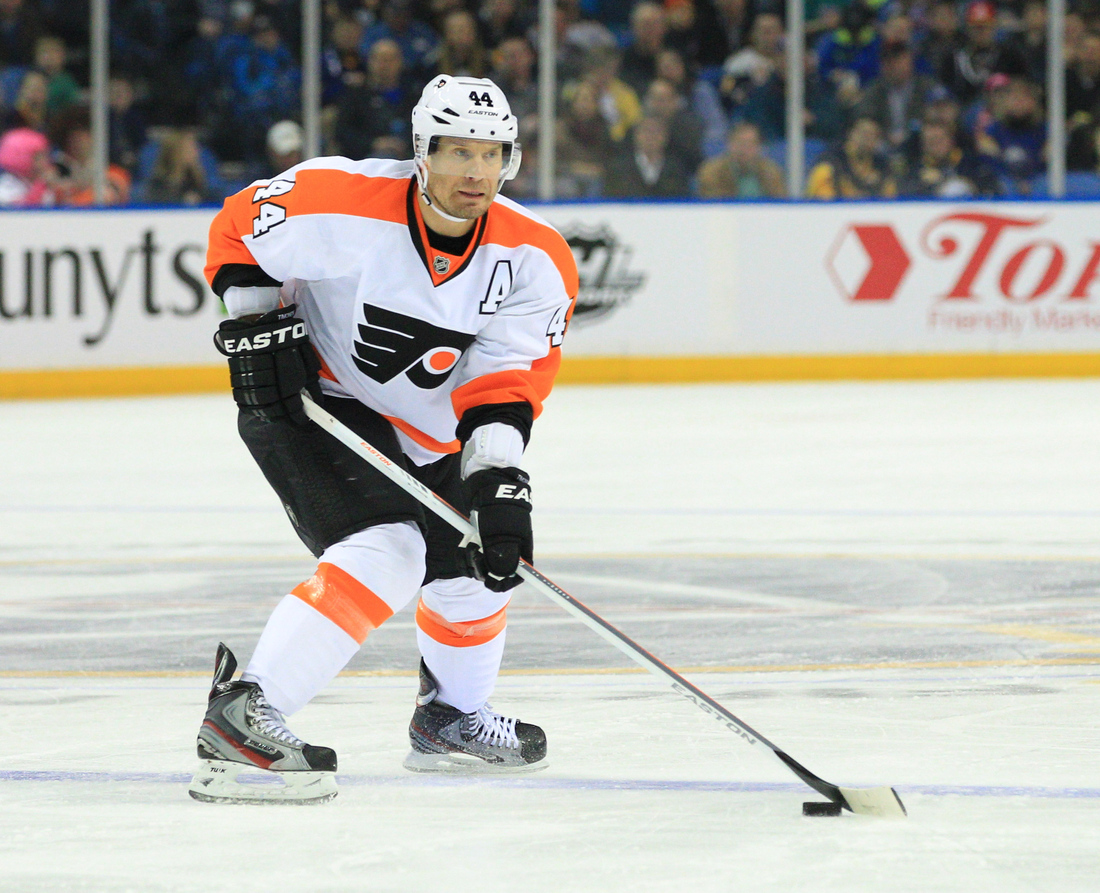 The narrative around Kimmo's game this year can be summed up in one word: Slow. He's taken a step back. He's not the same player he once was. He gets beat one-on-one far too often. He's a slow player who's well past his prime, but does the narrative match reality?

Certainly, Kimmo is a bit slower and bit older, but there's no denying that he's still an extremely valuable asset on this Flyers team.

The hope -- and I guess more directly, the fear -- coming into the season was that Kimmo would step up and play more minutes at the same level he's held throughout his career despite the fact that his overall ice time has taken a step back over the previous few seasons. With the departure of the Matt Carle over the summer, the Flyers needed to somehow fill those minutes, and it would be Kimmo and to a lesser extent Braydon Coburn expected to step up and play more.

He has done just that. Coburn has been the team's ice time leader per game this season, but Timonen has stepped up and played more than a minute per game extra compared to last season at even strength and leads defensemen (by a long shot) in PP ice time per game. Coburn has faced tougher defensive assignments than Timonen, but Coburn's losing those assignments by a wide margin while Timonen is driving play much more successfully.

On a bad defensive unit, Timonen is still a very valuable piece. I think the argument is there for him to repeat as Barry Ashbee Trophy winner -- something we'll discuss in a bit more detail tomorrow -- but for team MVP? Where would the Flyers be as a team without Timonen as their top defenseman? 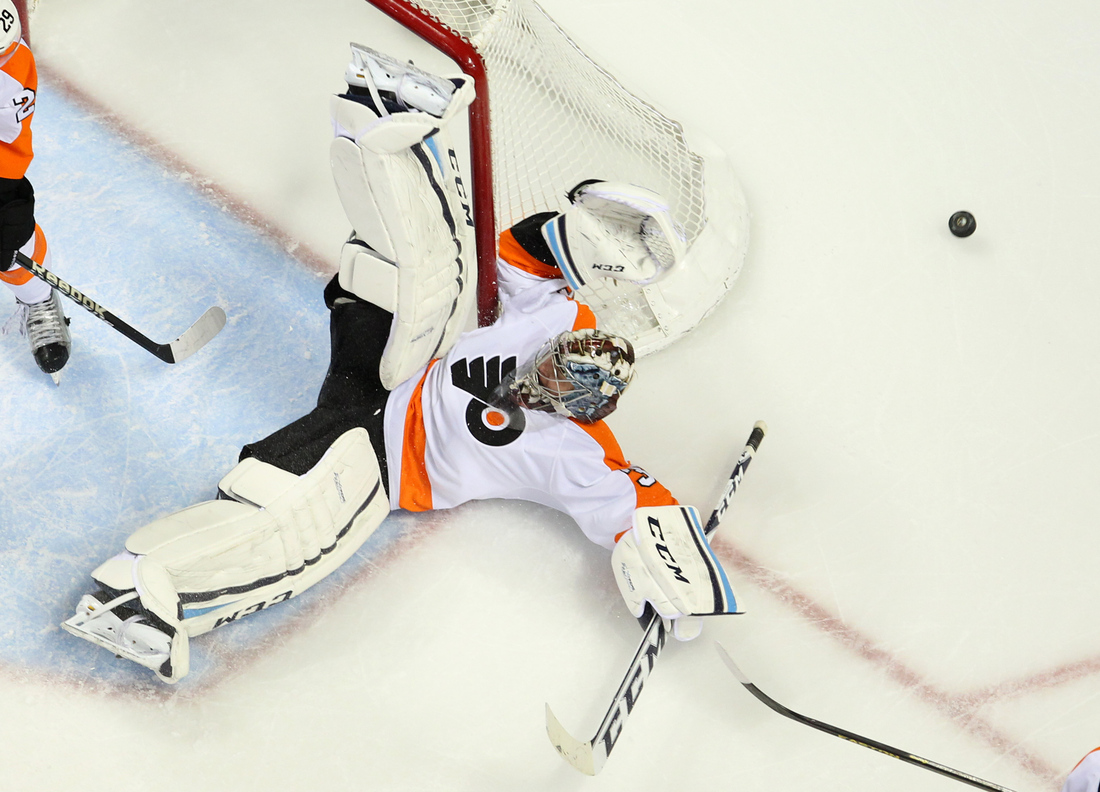