Pelle Lindbergh Memorial Trophy: Which Flyer is most improved?

Let's look at the candidates for the Pelle Lindbergh Memorial Trophy, awarded to the player who has improved the most over last season -- according to his teammates.

Share All sharing options for: Pelle Lindbergh Memorial Trophy: Which Flyer is most improved?

All five Flyers team awards will be handed out before Thursday's final home game against the Islanders. Scott Hartnell won the Lindbergh last season. To this year's candidates... 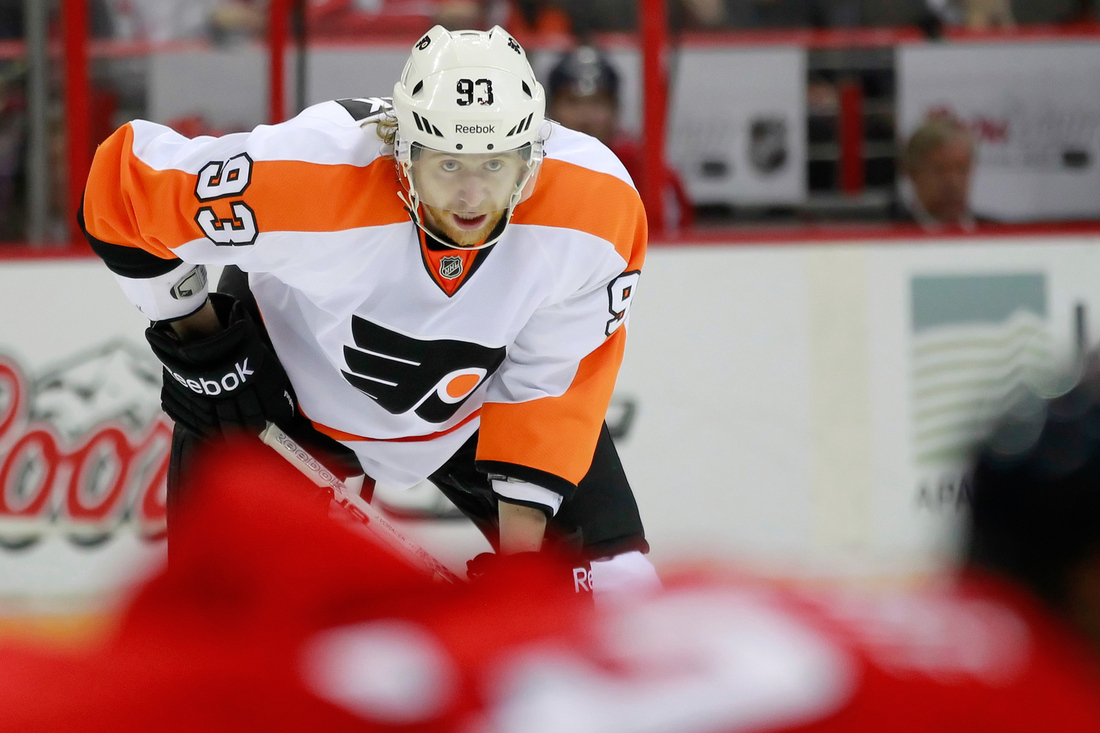 Jake is the front-runner for the Clarke Trophy. Could he take home more than one piece of hardware? It's certainly possible, and winning the Lindbergh would not even be close to a shock.

It's hard to make the case that anybody has improved as much as Jake. He scored 49 points -- 18 goals and 31 assists -- in 78 games last season. In this lockout-shortened season, Voracek has 21 goals (a career high) and 24 assists (10 fewer than his career high in 2009-10) in just 46 games thus far. He'll likely add to that total before the season is out and there's a chance he could surpass his career-high 50 point total from that 09-10 season. In 33 fewer games.

Voracek's doing all of that probably in part due to an inflated 17.6 shooting percentage, but he's also earned the right to play with better linemates. His most common linemates this year have been Claude Giroux and Scott Hartnell; last year he was with Danny Briere and Max Talbot the most. He's jumped up from being Peter Laviolette's sixth most-used forward at even strength a year ago to his second most-used, behind only Giroux.

He's earned that promotion through his play this season, too. Remember, it was just two months ago that Voracek was seeing ice time even less ice time than he did a year ago. He's rightfully earned his way onto the top line, and in a year where the Flyers have really needed that extra offensive production, he's been a key piece for them. 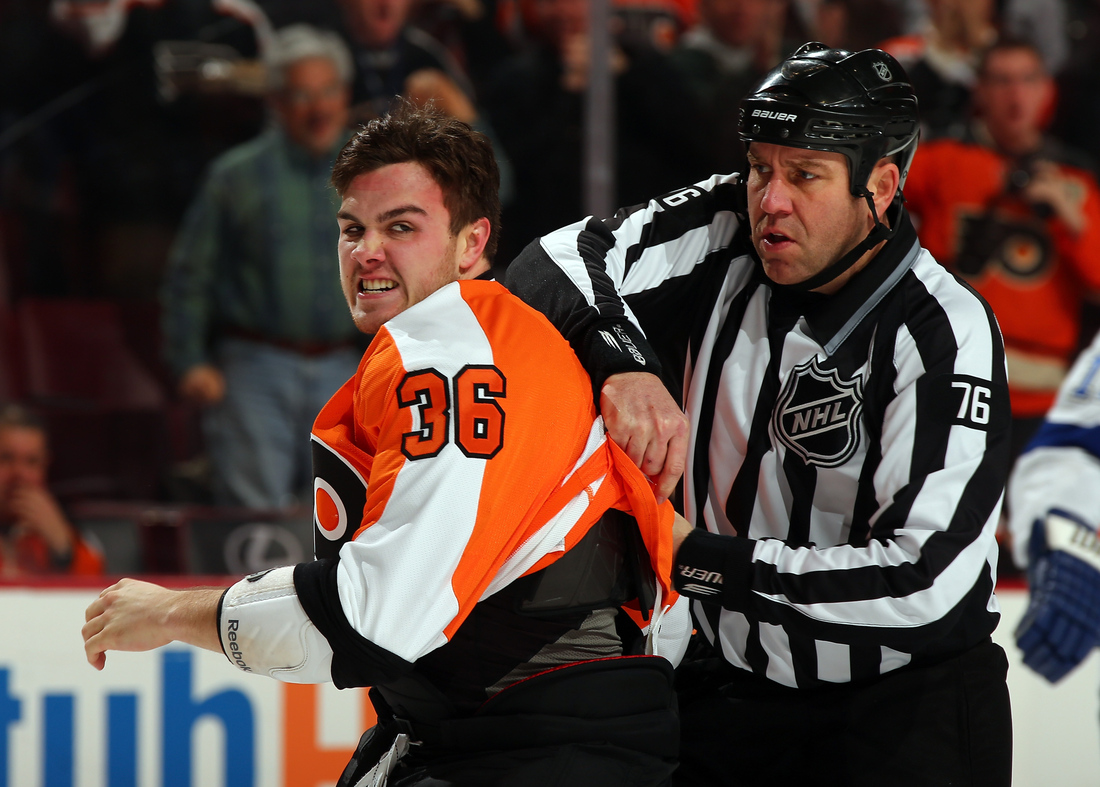 We've talked Rinaldo's game to death this season, but no matter where you fall on the debate about his effectiveness or his worthiness, you have to admit that he's improved over last season.

The biggest issue with Rinaldo's game has been his propensity to take penalties, but he's become more effective a pest this season. Last year, Rinaldo took 3.1 penalties per 60 minutes of ice time and he only drew 2.3 penalties per 60. That's a net loss and it clearly illustrates how he hurt the team more than he helped.

This year? A reversal. Rinaldo has taken 2.3 penalties per 60 minutes of ice time and he's drawn 3.2 penalties per 60. He's not the goal scorer he constantly tells us he can be "if only he gets first line ice time," but Rinaldo has grown this year as an effective player. And since this award is voted on by his teammates, the chance he wins is very real. 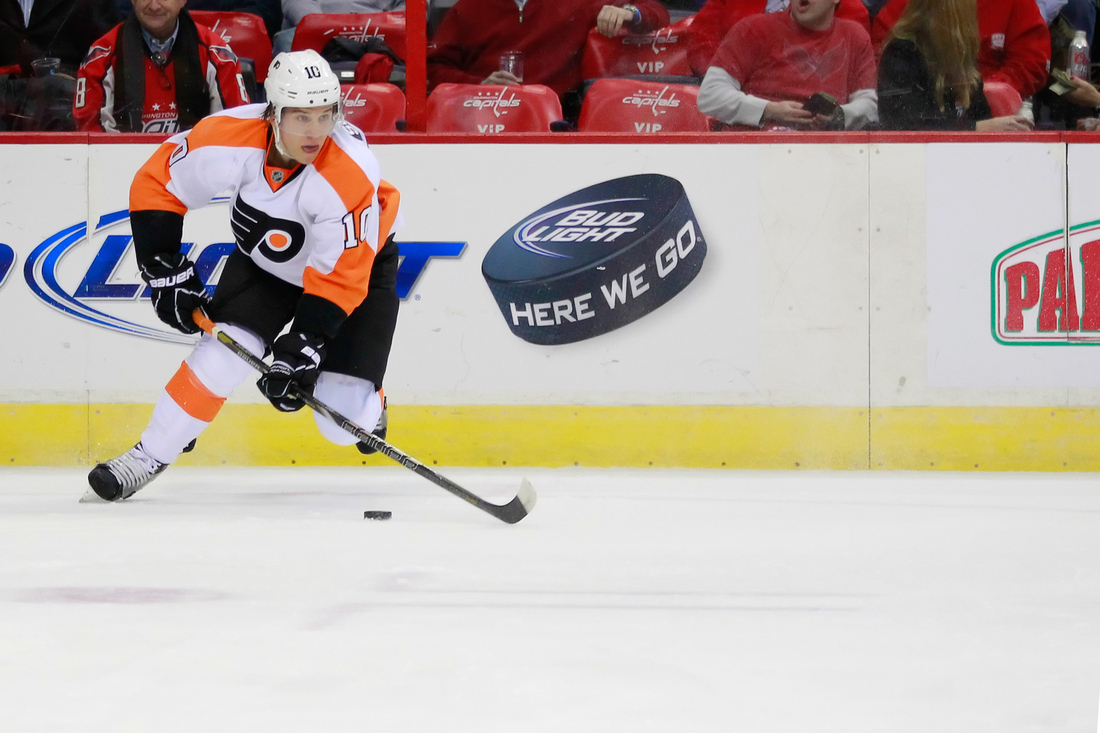 Schenn might be a darkhorse for this award, but there's a case to be made. In fact, we sort of made it yesterday in an unrelated story.

He really struggled in 54 games last season, scoring just 18 points in 54 games during his first year with the Flyers. He was given relatively easy defensive assignments (54.8 percent of his shifts started in the offensive end of the ice and he faced easier competition than every forward not named Jody Shelley) and he didn't have much success in driving play towards the opposing end of the ice.

This year, he's improved in every metric. In 10 fewer games, he's already scored seven more points than he did last season, he's facing tougher competition than he did last season and he's driving play forward, something he didn't do even with easier opponents last year. He's playing about a minute more per game than he did a year ago -- eighth in TOI per game among forwards as opposed to 11th last season. (Of course, that's partially by roster necessity as well.)

Schenn's point totals might not be gaudy but he's steadily grown off of last season.

Luke Schenn also certainly deserves consideration, but given that he played on a different team last season and his teammates vote for this award, that may not be in the cards. Anybody else you feel is under consideration for the Lindbergh Memorial Trophy?