This intrigued me immediately, and so I thought I would do some quick analysis that looked at this phenomenon and other's closely related.

It's important to note that the last four stats look only at when the specific player was not on the ice. So for example if Kimmo Timmonen had a 18.934 TMCF20 in 2011-2012, that means that Timmonen's teammates (weighted by time on ice with Timmonen) generated 18.934 Corsi events for when Kimmo was not on the ice.

Anyways, to the results of the data. 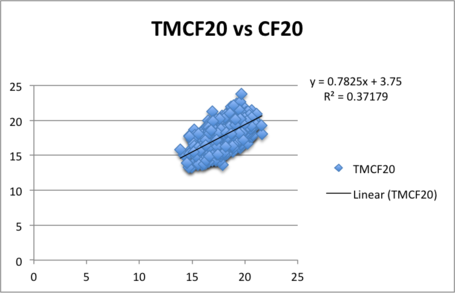 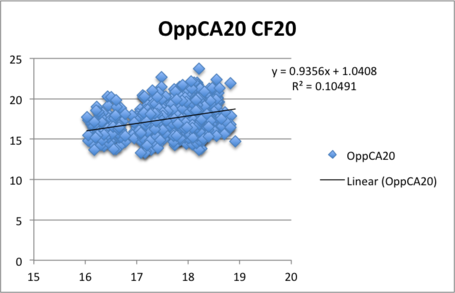 Immediately, we are seeing how a player's teammates have a far greater impact on a players Corsi For per 20 minutes than a player's opponents. This confirms whatEric T found a while back on Quality of Competition. Specifically that differences in Quality of competition amongst players are not large enough to have that great of an impact.

Now we move on to the defensive side. 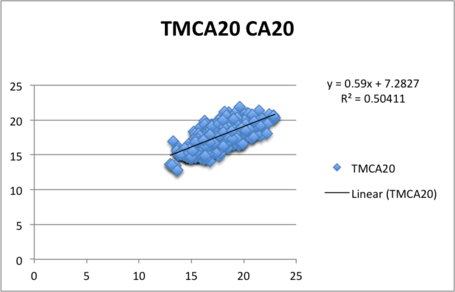 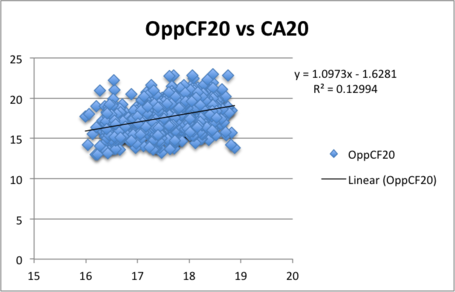 Wow, look at that. We are seeing that about 50.4% of the variance in a player's Corsi against per 20 minutes comes from his teammates, and we see a much smaller R^2 value when looking at the impact of opponents.

This second set of data tells us a few things. One, Stephen Burtch was correct. It seems that for at least defensemen, the defensive side of the game is far more reliant on teammates than for offense. This actually makes sense, as most people would agree that defense is far more team oriented than offense. Secondly, it again shows us teammates have a far greater effect on player performance than a player's opponents. 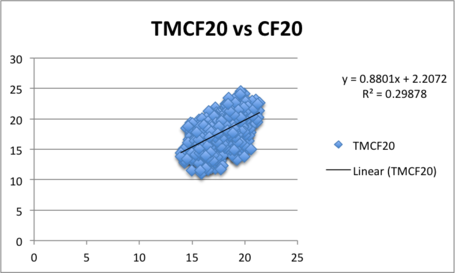 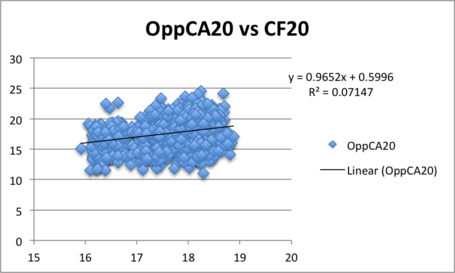 Very interesting. We still are seeing the same trend as before that Teammates have a greater effect than opponents. But for forwards, Teammates and Opponents are explaining far less variance for CF20 than for defensemen. This points towards a theory I have held for a long time. That Forwards have more control over their shot differential than defensemen. Because less of a forwards Corsi for is being explained by his teammates and opponent, that seems to back up the theory that forwards have far more control over shot differential. 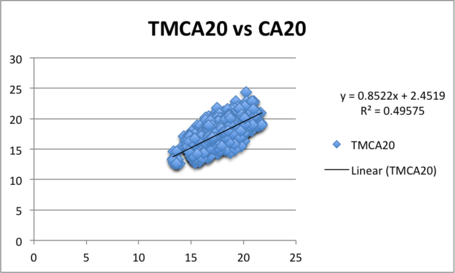 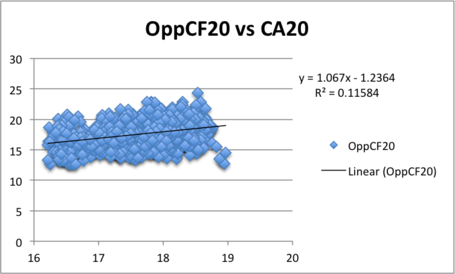 These R^2 values are extremely similar to what we saw for defensemen's CA20. The same trends emerge, specifically that a skater's teammates have a greater effect on an individual player defensively than offensively.

Finally, there is some evidence here that points towards forwards having more control over their shot differential, specifically on the offensive side of the puck compared to defensemen.