As usual, every regular season Flyers game will be available on television in the Delaware Valley this year.

CSN Philly, 97.5 The Fanatic and WMMR have announced their coverage plans for the 2013-14 Philadelphia Flyers season, and hey ... big shocker, every regular season game will be broadcast in the Delaware Valley next year!

Local television will broadcast 71 of 82 regular season games next year, with 63 games on Comcast SportsNet and eight on The Comcast Network. Jim Jackson, Keith Jones, Bill Clement and Steve Coates will again be the on-air broadcast team.

97.5 The Fanatic is in its second season as the Flyers radio partner. 64 regular season games will be broadcast on The Fanatic, with the other 18 on 93.3 WMMR thanks to scheduling conflicts -- primarily with the 76ers. Tim Saunders and Chris Therien remain your radio broadcasters.

Four preseason games will have some sort of video coverage, with one on CSN, two on TCN and one website via the Flyers official website. Here's a full look at the 2013-14 broadcast schedule: 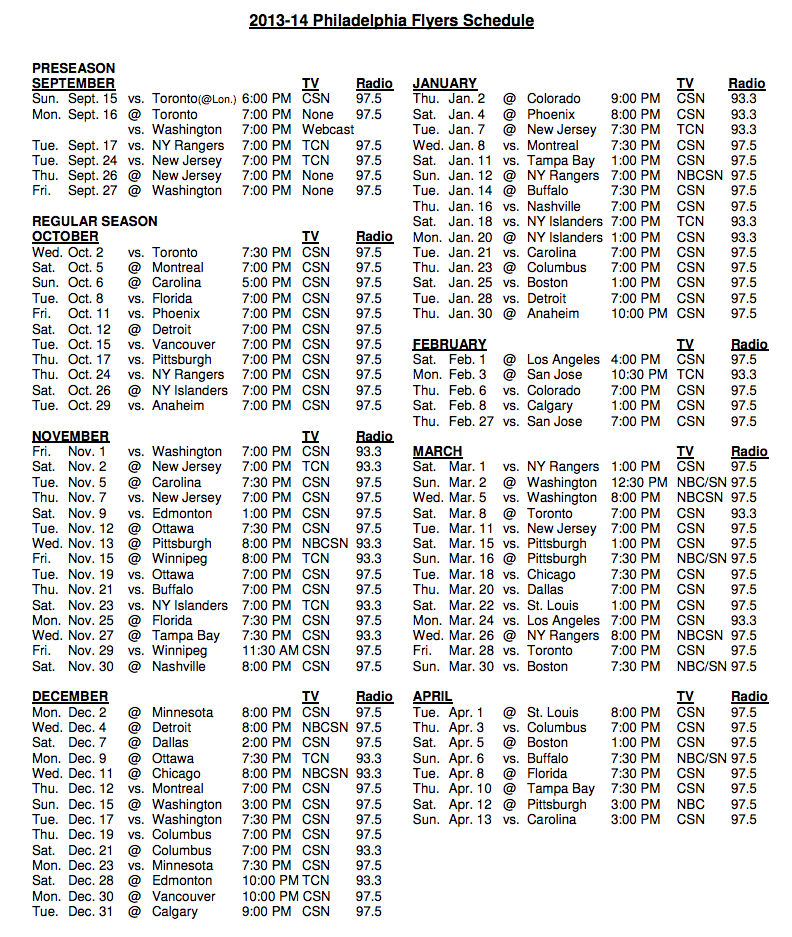