The full camp roster is out. 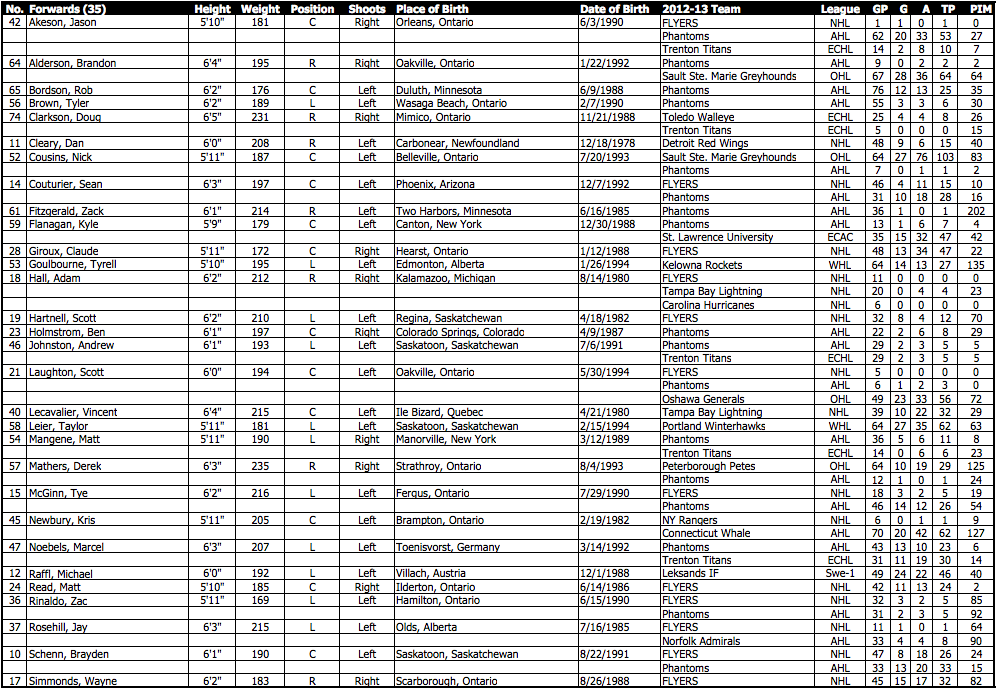 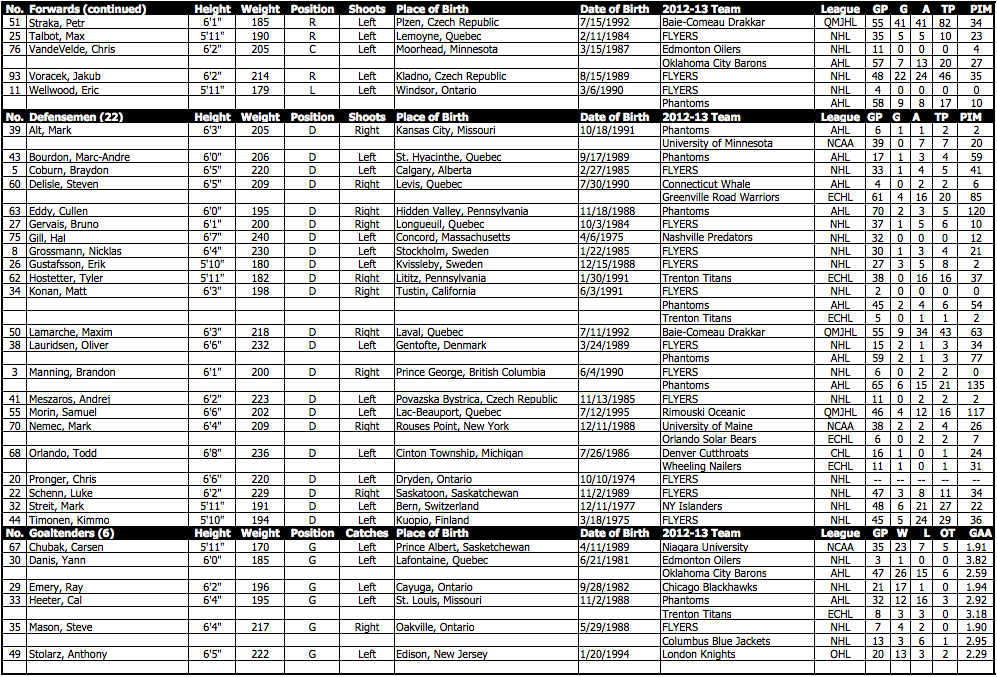 Here's the roster in PDF form if you'd like to download it and take it to camp with you.

Just about every player on the roster is Flyers property in one way or the other -- either on an NHL contract, an AHL deal, or otherwise unsigned but with the organization through the draft.

(Technically speaking, Dan Cleary isn't Flyers property just yet -- here on an invite contract. But we all know that's just window dressing and that he'll be officially signing a contract at the end of camp.) And edit: Cleary isn't even coming at all, anymore.

Some of the names that aren't Flyers property, however, include ...

There aren't many spots on the NHL roster for guys to win jobs, but a lot of these guys are searching for just some sort of professional job next season -- AHL, ECHL, whatever. There's a lot more to Flyers training camp than just what impacts the NHL level.