We're just a few days from the start of the 2013-14 season, and the Flyers are a team with a ton of question marks heading into the new year. Let's answer three of those big questions.

1. What should the Flyers expect out of their goaltenders? 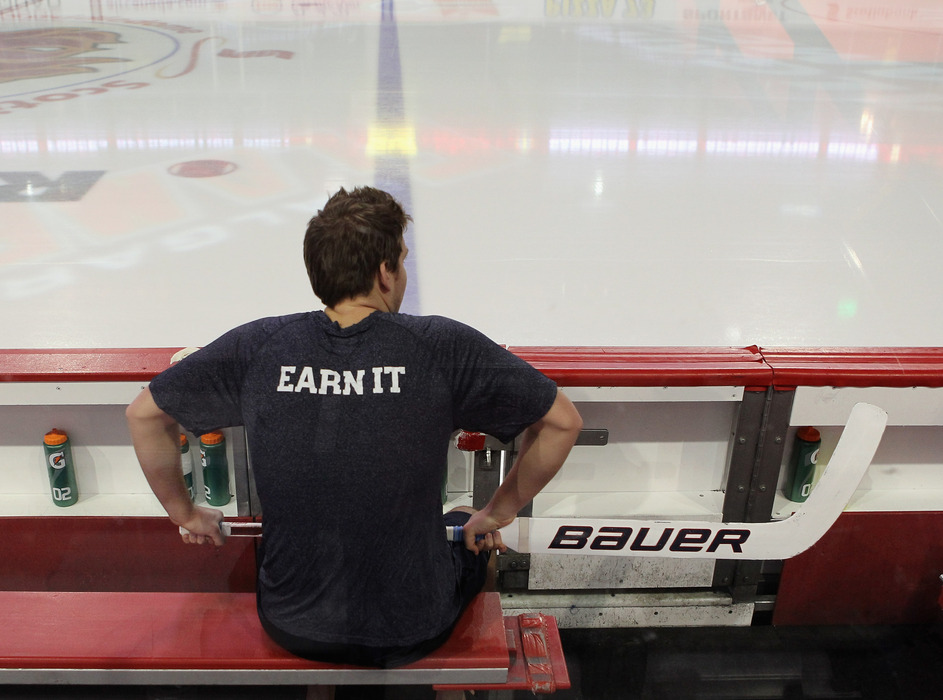 Read just about any season preview that's been written this offseason and you'll get the same general takeaway: Sure, the Flyers are good up front, but those questions in goal still remain, and the team can't really be taken seriously until those questions are cleared up. That is a perfectly fair takeaway, but it's also a little simplistic.

We've written extensively about Mason this offseason, most recently two weeks ago when Kurt previewed his 2013-14 year. In short, there's really nothing over Mason's career that should lead us to expect a strong season. That rookie year is well behind him, and the body of work since is not impressive. Six games last season are not indicative of future success, and if you think they are, I have some real estate in Detroit I'd like to sell you. We'll hope for improvement from Mason for any number of reasons -- competition, a last chance to stick in the NHL on a one-year deal, the change of scenery turning out meaningful, etc. -- but we should not expect it.

Now, on to Ray Emery. There might not be another current goalie in the NHL with as much an up-and-down career as Emery, who's been driven out of the NHL to Europe, has played in the Stanley Cup Final, and really just about everywhere in between. We're hopeful that Emery can use the competition to his advantage, but the big worry is the trend that's seemed to develop over his career: The more games Emery plays, the more he struggles.

When Emery has played around 30 games (or more), his save percentage has hovered around .900 -- exactly that in 34 games with Chicago in 2010-11, .905 in 29 games with the Flyers in 2009-10, and .902 in 29 games with Ottawa in 2005-06. The only outlier was his 2006-07 season, when he put up a .918 in 58 games. He was also on a Cup Final team that year, though. (Hey, maybe having Emery and Andrej Meszaros on the same roster is the key to success!) The apparent trend could be purely coincidence, but there's certainly room to worry about Emery's performance with a larger workload. He's only played 65 total games in the NHL since leaving Philly three years ago.

In any case, both Emery and Mason have career average save percentages -- .908 and .905, respectively -- that are better than what Ilya Bryzgalov gave the Flyers last season (.900). With an improved defense, it's not an unfair expectation to think that one of Mason or Emery will turn in numbers better than .900 by year's end, whether it's via tandem or because one guy solidifies himself as the starter. There's reason to be cautiously optimistic about the goalie situation next season, even if we shouldn't expect a Vezina performance.

Then again, this is Philadelphia, and all it takes is one bad goal to turn literally everybody against a guy.

2. Jakub Voracek broke out offensively last year, but in a shortened season, was that just a blip on the radar? 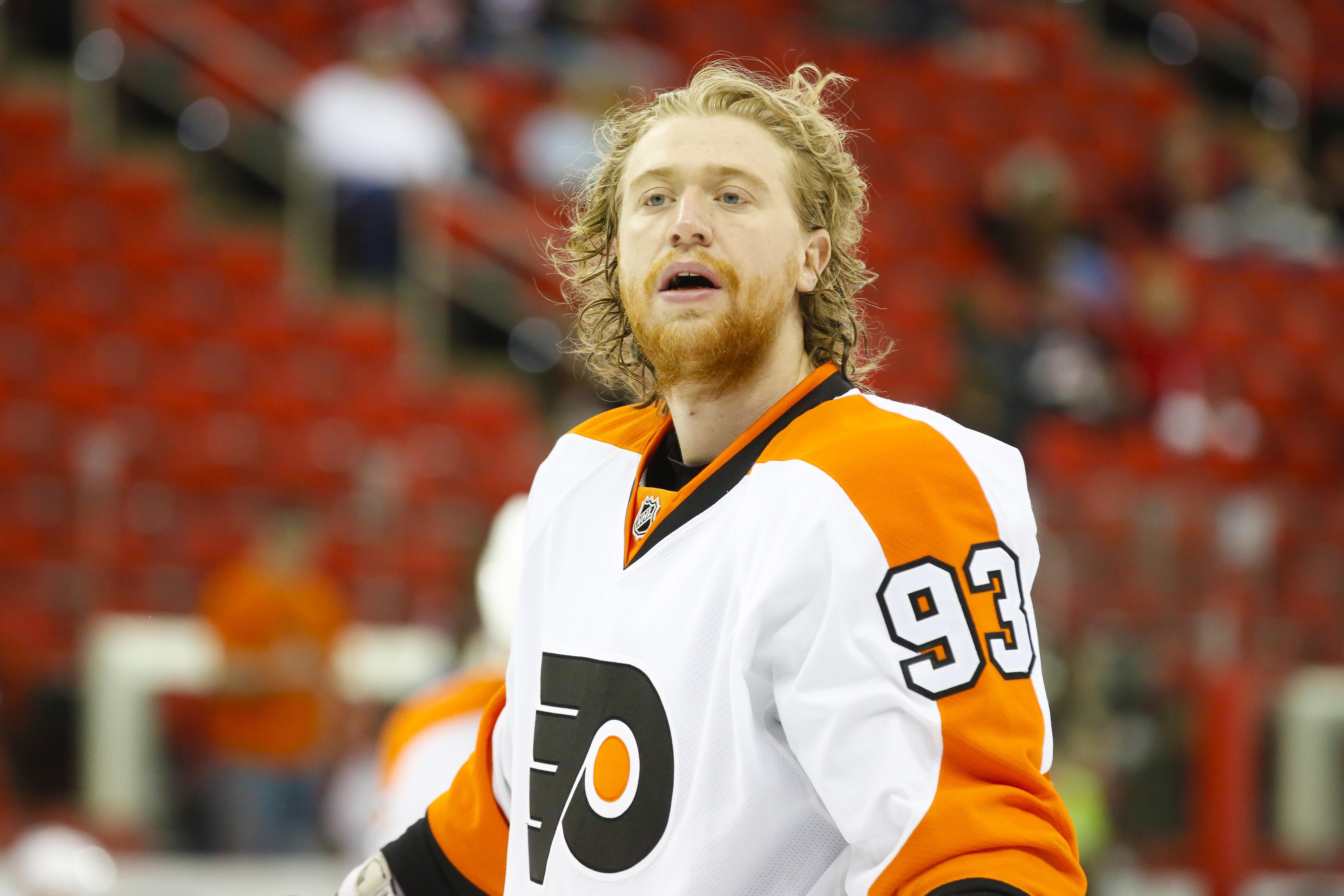 Blip on the radar might be a bit harsh, but a step backwards for Voracek shouldn't shock us this season. Eric wrote 1,500 words about this back in May, so for a more complete answer you can head over and read those. But in a nutshell, his absurdly high 17.1 percent shooting percentage should come down a bit next season, and that alone would be enough to pull him off of the pointish per game pace he had during the shortened season.

He'll be a top six winger all year, playing with one of Claude Giroux or Vincent Lecavalier even if Peter Laviolette performs some of his patented line shuffling throughout the year, so he won't lack talented linemates. He'll get plenty of power play opportunity as well, which should help his overall point total. The Flyers are good on the power play and all.

The Scoracek nickname should still ring true in 2013-14. We just shouldn't quite expect 80 or 90 points out of him over 82 games this year.

3. Will the defense stay healthy? 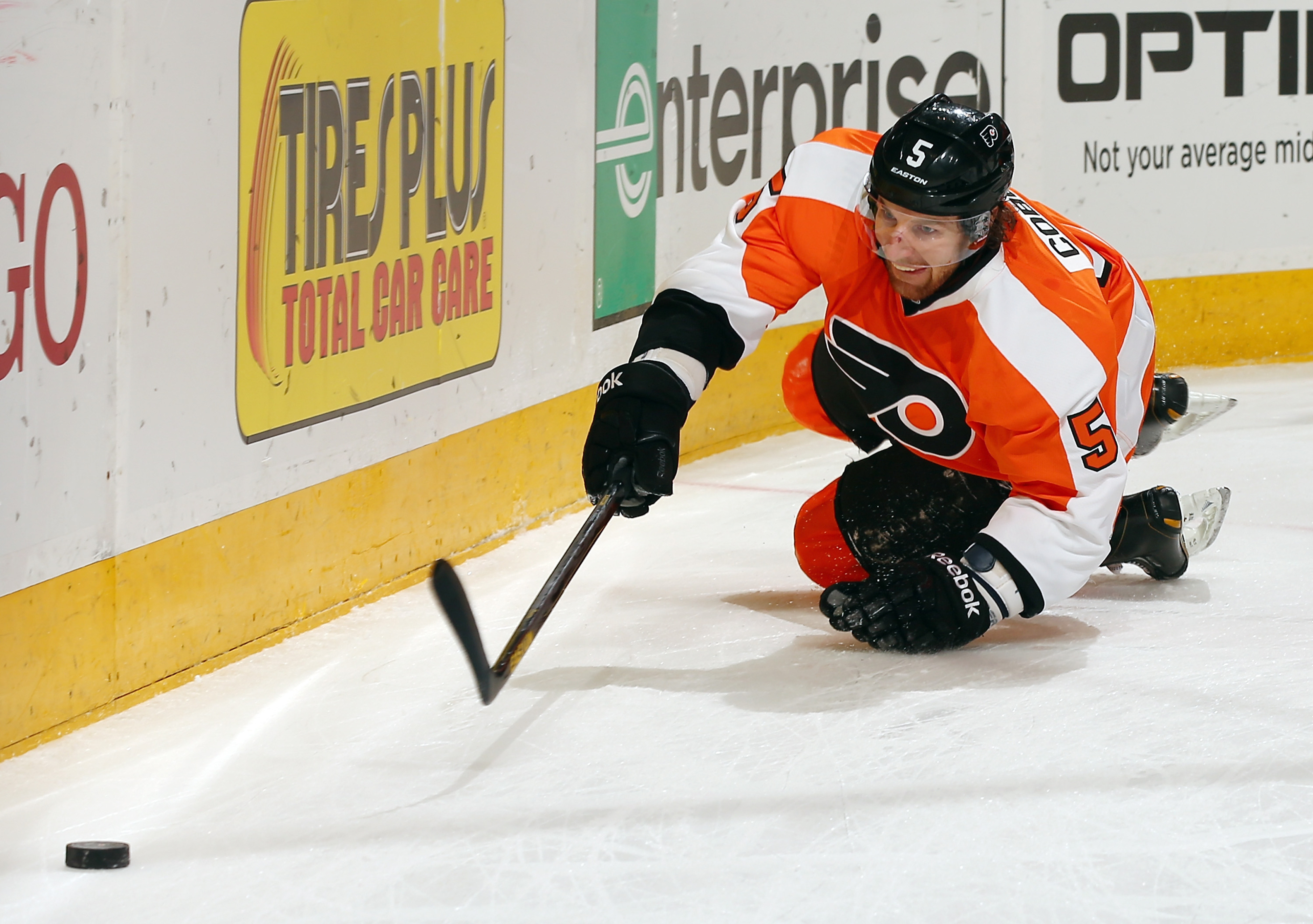 That's one question that we can't necessarily answer, but let's look at every Flyers defenseman and their recent injury history to try and get an idea.

Newcomer Mark Streit has always been a durable guy, and other than the full season he missed in 2010-11 with a torn rotator cuff, an injury he's fully recovered from, he hasn't missed a game since the 2008-09 season. Luke Schenn is in the same boat, having only missed 17 games since entering the league in 2008-09. He plays a bit more of a physical style though, of course, so he's always going to be a bit more susceptible to injury than a guy like Streit.

Kimmo Timonen used to be an Ironman and has played fewer games in recent years, although really, he's still pretty remarkable, missing just three games last year and eight the year prior. At age 38 and with as much responsibility as he has on the Flyers blueline, though, the injury threat always feels like its lingering.

Braydon Coburn should be healthy and recovered from his separated shoulder, and he's another player who typically turns in a lot of games played each year. Before last season, he only missed eight games in five full seasons with the Flyers, so he's perennially been a pretty healthy guy.

We certainly don't know what to expect out of Andrej Meszaros or Nicklas Grossmann, as both have had serious injury concerns in the last calendar year. They're both healthy now, but the chances of them both getting through a full season seem slim. Nevertheless, that gives the Flyers five defenseman who are typically pretty healthy and two who are at least healthy at present. We're not even including Erik Gustafsson, who's young and, as far as we know, doesn't have any major injury history.

Anything can happen on the injury front, obviously, but despite last season's nightmare on defense in this department, the Flyers are in pretty good shape. Couple that with improved overall depth on defense both in Philadelphia and organizationally and the team is already in better shape on D than they were last year.