Flyers rookie camp 2013: Which attendees could play in the NHL this year?

Let's look at six rookie camp attendees who could play games in the NHL this season.

Share All sharing options for: Flyers rookie camp 2013: Which attendees could play in the NHL this year?

25 players will attend Flyers rookie camp in Voorhees beginning Friday, but how many of those 25 guys have a chance of actually playing in the NHL this season?

For the most part, rookie camp is a get-to-know-you type orientation camp that immerses these young players in the Flyers way of life -- get them on NHL-style workout routines, bring them in to meet coaches and other team personnel, and just generally plant a "this is what the NHL is like" seed in the backs of their minds before they head back to juniors or the minor leagues.

Some of these players have seen NHL ice time thus far, and some of them appear set for long careers as minor leaguers -- and nothing more. Some of them have never played a professional game and might not get the chance for several more years.

A select few, however, will enter rookie camp, stick around for real training camp, and will have a very real opportunity to contribute at the NHL level this season. For them, rookie camp and next week's rookie game against the Capitals are merely appetizers, with hopes of the full course coming on October 2 or beyond.

So, with that said, which rookie camp attendees have a chance of pulling on orange and black in an NHL game this season? 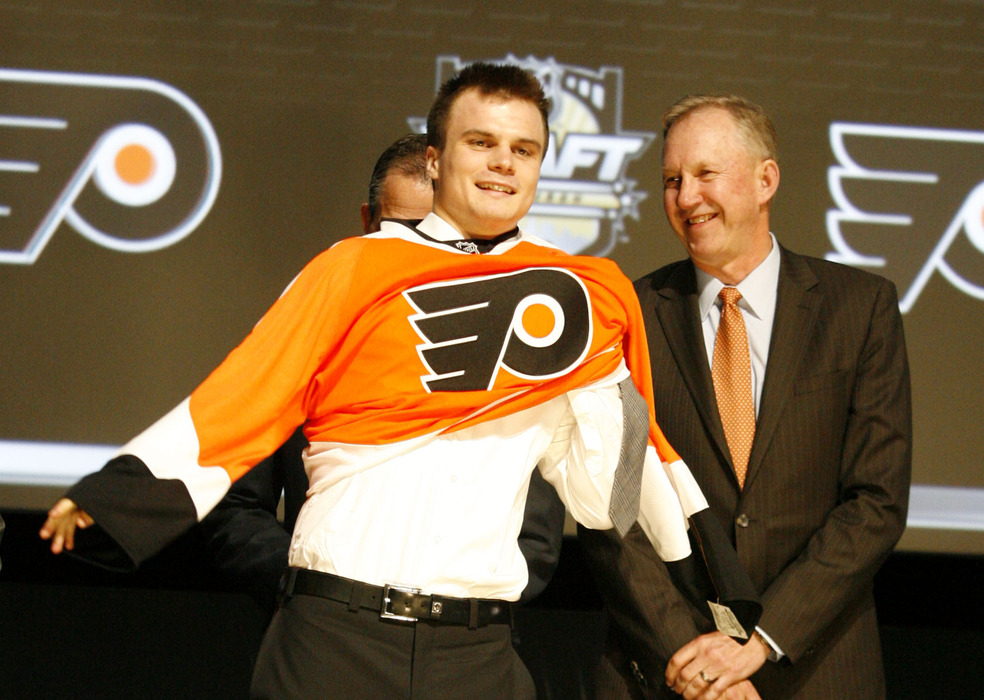 Laughton played a handful of games in the NHL last season -- just enough to retain his slide rule eligibility -- and will have a chance to win a job in Flyers camp again this season.

Laughton's a natural center and models his game after Mike Richards, the kind of two-way center the Flyers really love. The team already has four quality centers on next year's team in Claude Giroux, Vincent Lecavalier, Sean Couturier and Adam Hall, however. Laughton isn't going to take a job from any of the top three, and it's unlikely that they'd have him replace Hall with fourth line minutes when he could just play top minutes for a final season in juniors.

As we wrote the other day in discussing the Flyers potential signing of Simon Gagne, Laughton could shift to wing and take that job should a deal with Gagne not work out. The Flyers haven't hesitated to move Brayden Schenn, who plays a similar style, to the wing given their other depth at center and could fit Laughton in on the wing should they choose. If he's impressive in camp, it might not be a real choice. Laughton could force their hand.

Or, as Kurt R. wrote the other day in the comments of our Gagne story ...

Maybe I'm oversimplifying things here but I think this could work out. 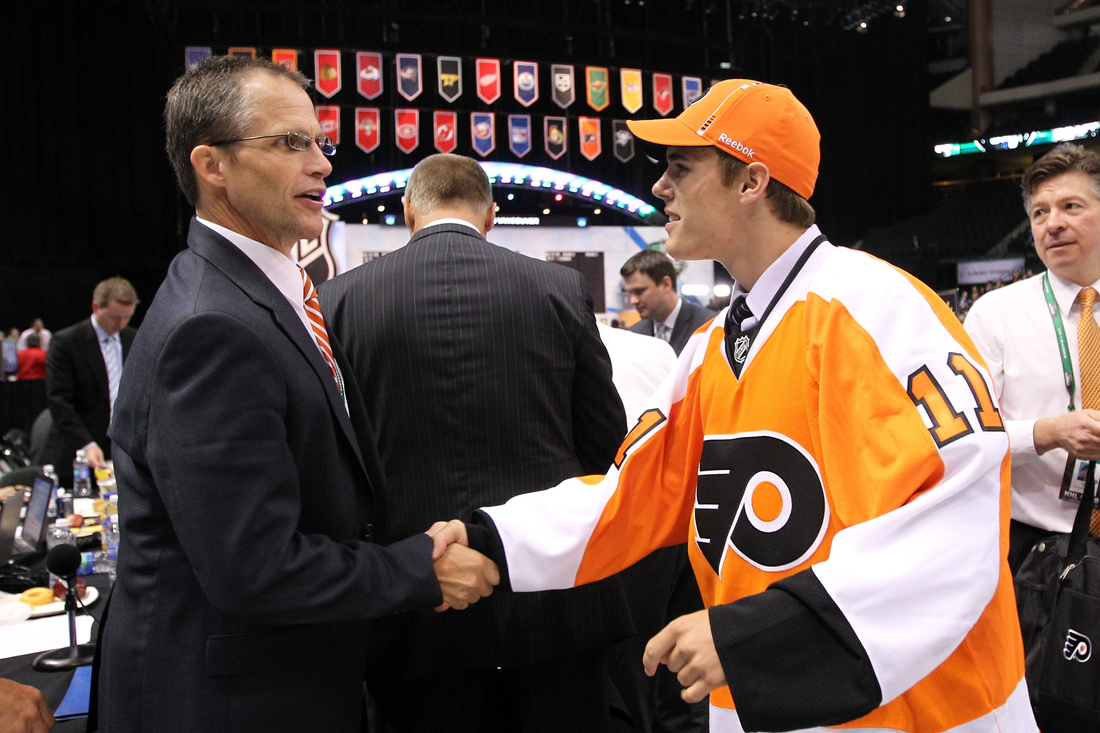 Cousins is done with junior hockey after four standout seasons with the Sault Ste. Marie Greyhounds, and he'll be a professional next season. But in his first full pro year, does Cousins have a shot at making the Flyers? I'm not sure.

He scored 103 points last year in the OHL and almost took home the league's scoring title, but the Flyers really don't have a place for him to slot in unless they were to trade away somebody like Matt Read. It seems likely that Cousins will play the season with the Adirondack Phantoms, likely on a line with former Greyhound teammate Brandon Alderson.

Cousins and Alderson were linemates in the Soo and were quite the duo, so it'd be nice to see them team up again in Glens Falls for a year. Cousins could be a top option for a call up should a Flyers scorer go down with injury, but other than that, I'd expect a nice AHL year from him to start his pro career. 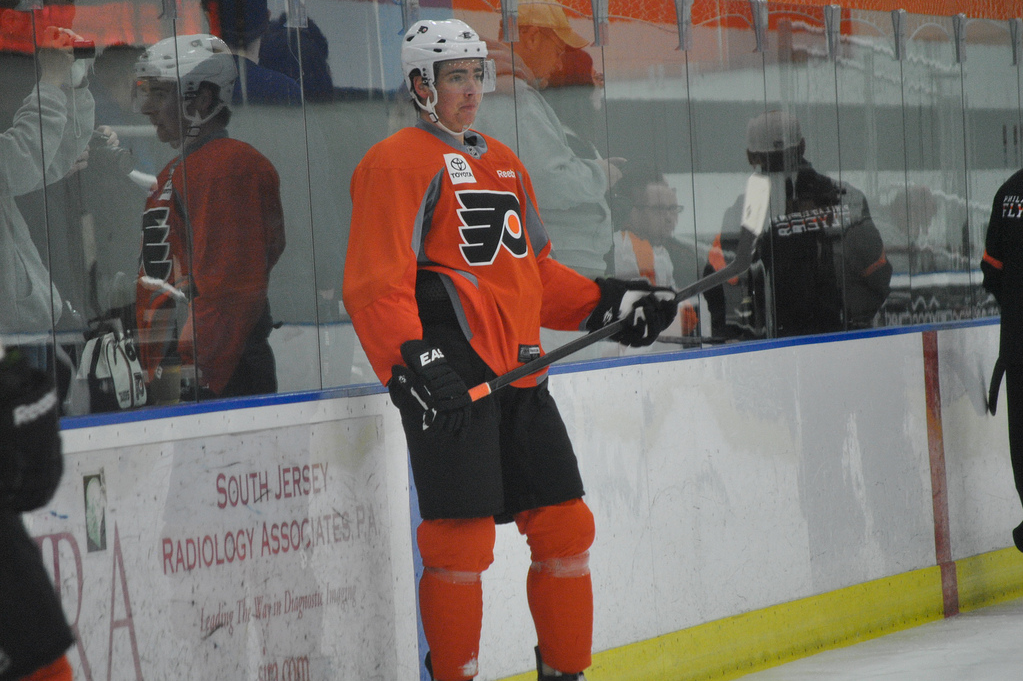 Noebels is a long shot to be on this list, but he put in a decent second half with the Phantoms last season after spending most of the first half of the year in the ECHL. 13 goals and 10 assists in 43 AHL games a year ago aren't crazy numbers, but it was his first professional season and just his third on North American ice after developing in Germany. Noebels won't make the Flyers out of camp, but much like Cousins, he seems to be a nice potential call up option. 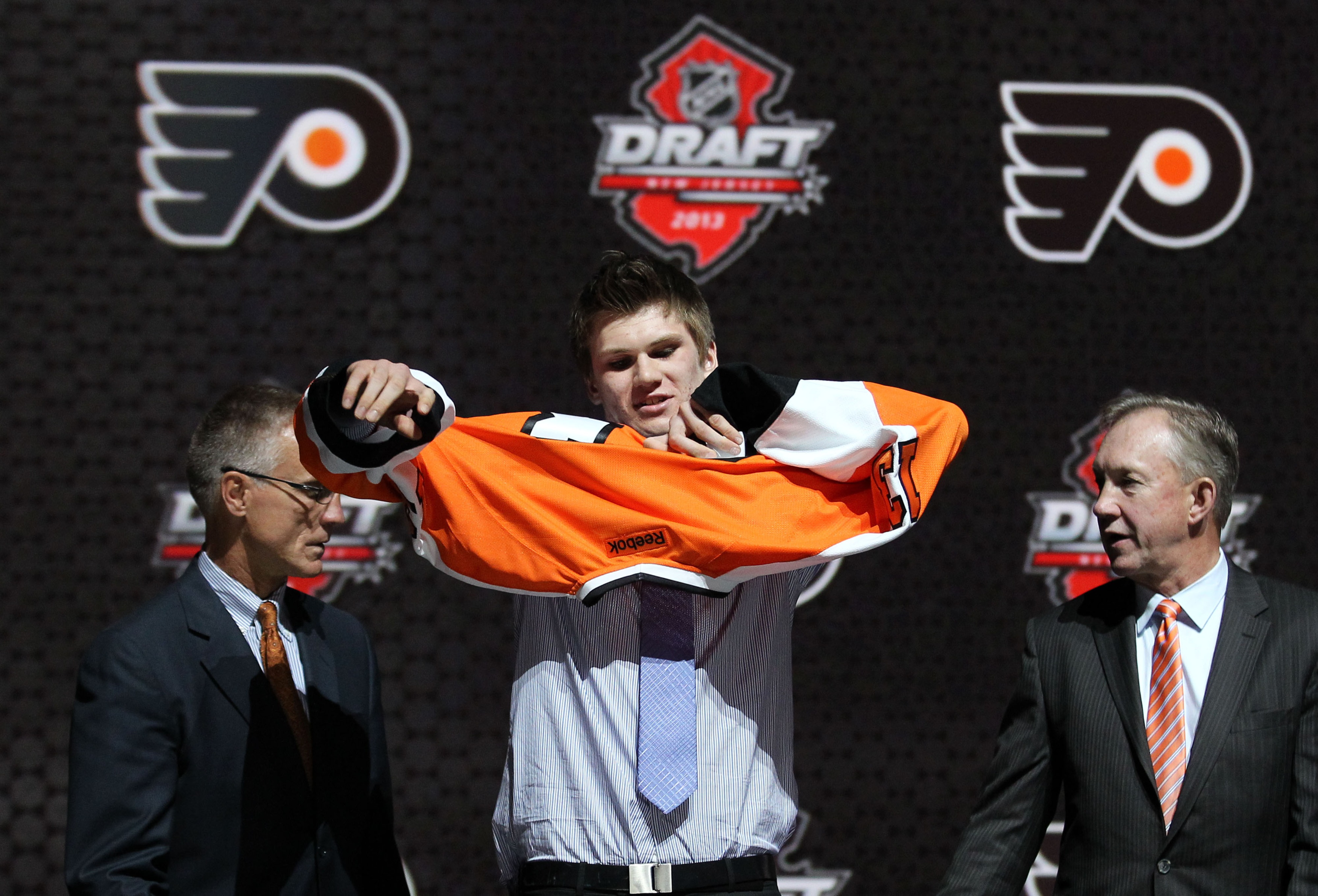 It's a stretch to put Morin on this list. A big stretch, really, considering how many defenseman are above him on the depth chart. But hey, you never know. He's considered quite raw for a first rounder, but there are some uncertainties on the Flyers blue line with so many injuries last year, and Morin has the talent. All signs point to him staying in juniors this season and probably even beyond, but we're talking about the Flyers here. You just never really know. 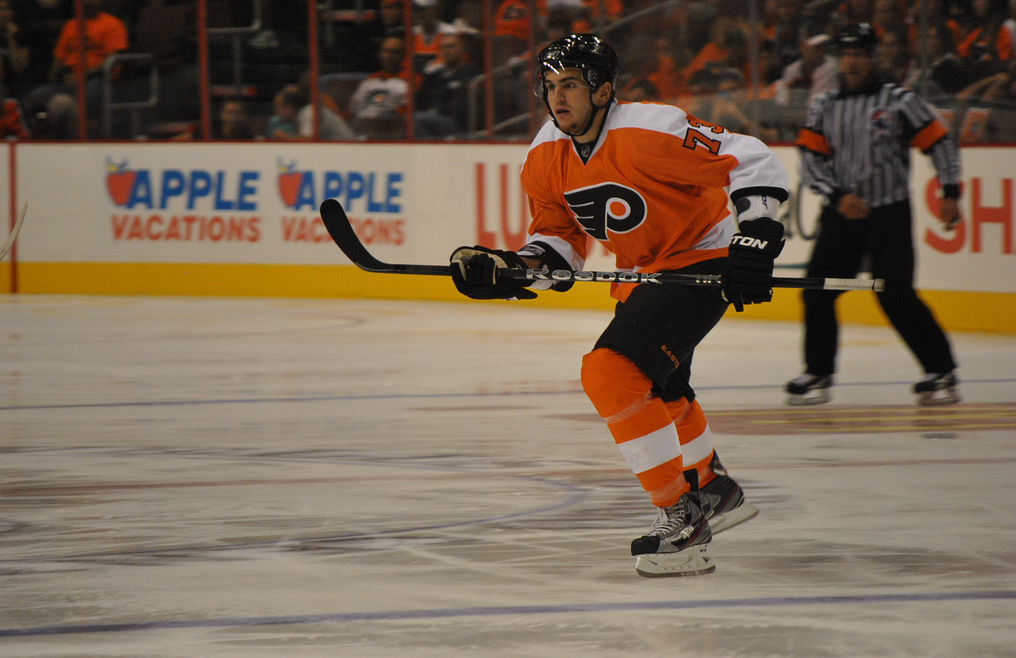 Mathers is a goon, the OHL's most penalized player in 2010-11 and sixth on that list a year ago.

He will punch people and hit people, and since he's also done with juniors, he'll do that in the AHL to start this season. If and when the Flyers decide that toughness is a thing they want in the lineup for some inexplicable reason like "Colton Orr is on the bench for the other team" or whatever, Mathers could be called up to punch and hit people in the NHL. 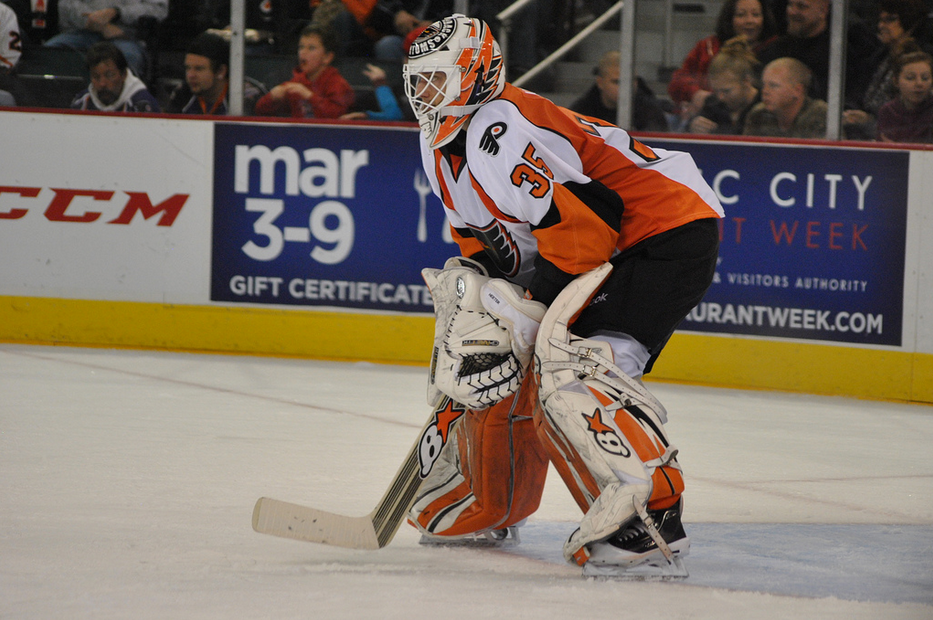 The Flyers signed veteran goalie Yann Danis to duel with Heeter in the AHL this season, but Heeter has a real chance to step up and become an AHL starter this season. If he does that, the former Ohio State netminder is first in line for a call up in the event that Steve Mason or Ray Emery go down with any type of injury, illness, family emergency, bowel movement issue, whatever.