The Flyers are in Manhattan to take on the Rangers.

Share All sharing options for: Flyers vs. Rangers preview: Sunday night in Gotham

Another day, another game. The Flyers are back at it this Sunday evening in New York City, where they've traveled to take on the god-damned Rangers at MSG.

Yesterday was a frustrating one against Tampa Bay, in which the Flyers probably deserved a whole lot better in the offensive end of the ice, but simply made too many mistakes defensively and in goal to expect a victory.

Steve Mason had an ugly outing and will not get a chance to redeem himself today in New York, as Ray Emery is going to get the start. The other Steve on the roster, Steve Downie, will also find himself off the ice, as he'll be a healthy scratch tonight. Downie hasn't been playing well in recent games and Craig Berube is clearly trying to light a spark under him by making him sit. Jay Rosehill checks back into the lineup in Downie's place. 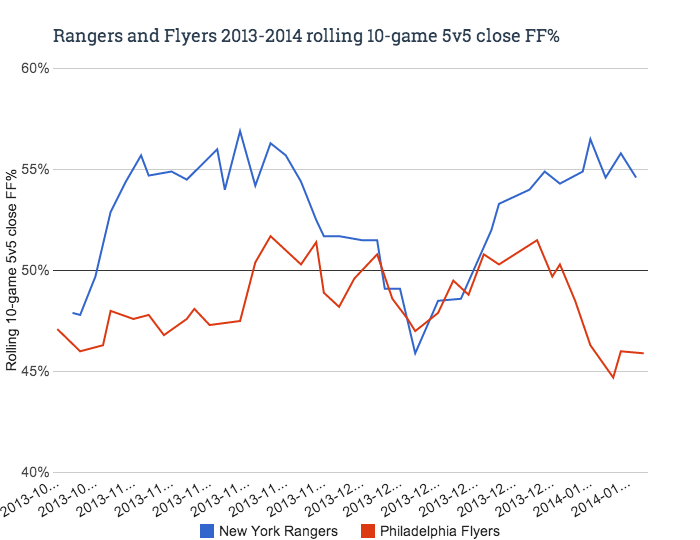 Special teams could be the real difference tonight. The Flyers penalty kill has been unreal lately, and they'll need it to continue against New York. The Rangers have scored power plays in four straight games coming into tonight. It's not a stretch to think this battle could decide things tonight.

The Flyers come into the night with 50 points, sitting third in the Metro. The Rangers have 49 points, fourth in the Metro. Winner will hold a playoff spot. Go Flyers.