There are a few common strategies that NHL teams tend to employ. There is the high box, the collapse, and what the Flyers have seemed to frequently use this year, the diamond. This strategy tends to lead to the shorthanded team being outnumbered down low, and that is never a good thing.

A perfect example of what I mean by the diamond occurred last Tuesday night against the Blue Jackets. 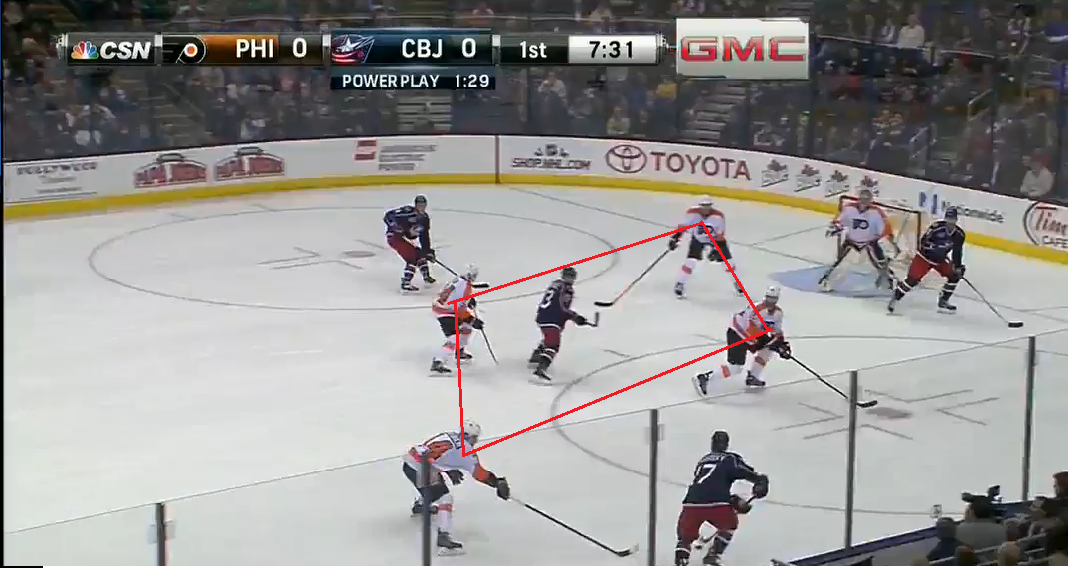 Sean Couturier is above Brandon Dubinsky in the zone, forcing him down the boards. Nick Schultz steps up and forms the diamond. This leaves Read to cover the slot and Coburn to cover the front of the net. Schultz tries to take away the slot pass with his stick, giving Dubinsky an easy passing lane to Kevin Connoauton, but the puck deflects off Coburn right back to Jenner, who tucks it past a cheating (understandably so) Steve Mason. Here is a slow motion video of the play.

Coburn is basically left out to dry as he tries to cover a passing lane, the front of the net, and a player that is cutting to the net. Meanwhile, both Couturier and Schultz are basically covering no one.

To compare this to last year, I went to the game where the Flyers had the most powerplays against, which occurred October 5th in Montreal, where they were shorthanded 9 times. I went through the powerplays looking for something similar. Where the other team had a player going down the wall, a player in the slot, and a player off to the side of the net. Not surprisingly, the formation and the result were very different. 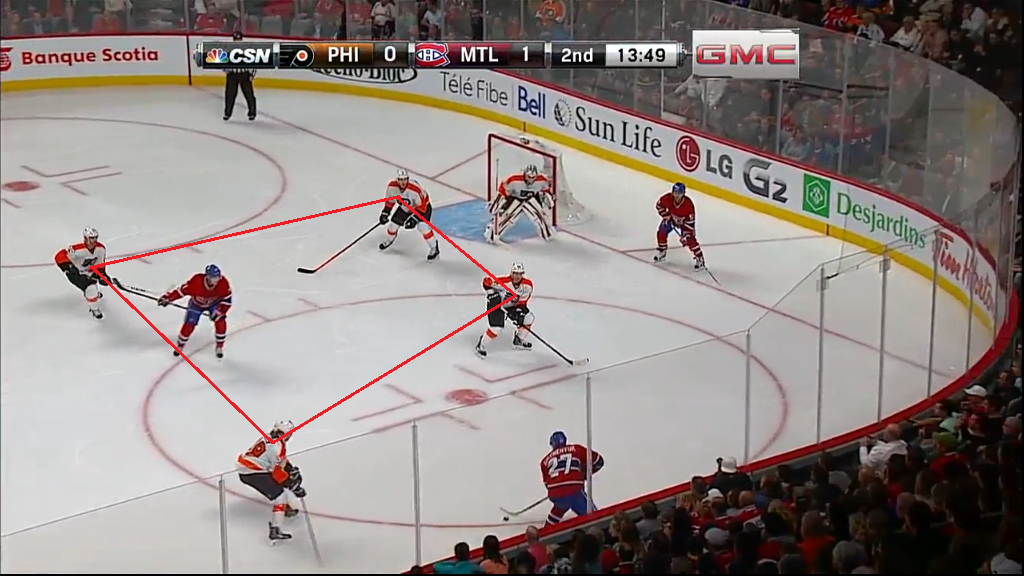 As you can see, Galchenyuk wants to pass the puck low to Desharnais, but isn't able to because Timonen takes it away. Galchenyuk cycle back a bit, then is able to pass it down after Desharnais moves away from the net. He has no real options, except to pass it back to Subban at the point, who takes a low percentage shot. This, in my opinion, is a much more effective way to kill penalties.

Here are some other goals from this year that can be attributed to the diamond or something similar. 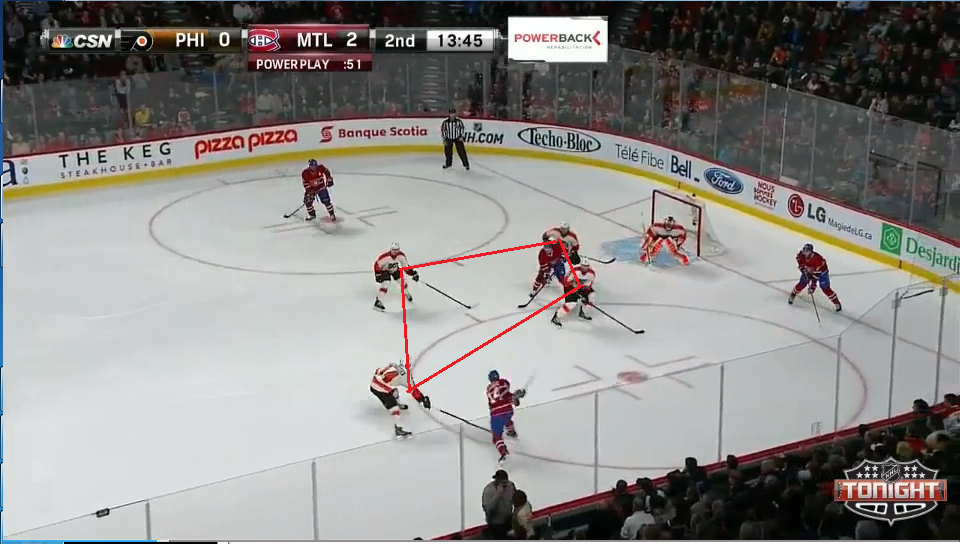 This one wasn't really caused by the diamond, because no one was in front of the net.

This one ultimately went in trough a scramble, but they had two grade A chances because of the diamond.

This is basically the quintessential example:

This one I wouldn't really count, but they are in the diamond formation, so here it is 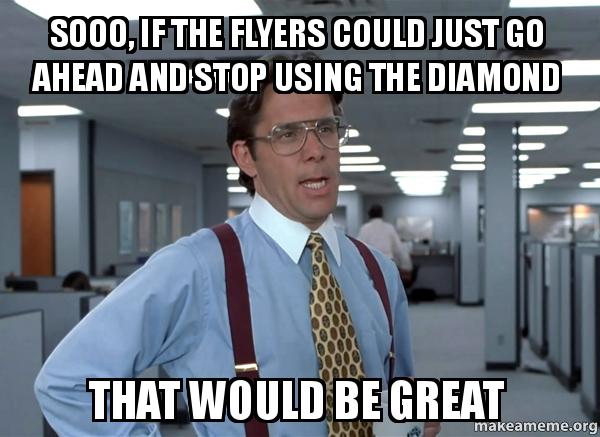