Share All sharing options for: Sami Kapanen retires from hockey

Sami Kapanen retired from hockey on Thursday after playing his final game for KalPa Kuopio, the club he co-owns in Finland's SM-liiga. Kapanen had played five seasons for KalPa since leaving the NHL after the 2007-08 season.

And so it came to the end. Sami Kapanen has retired from hockey. #Canes #Whalers #Flyers #KalPa #HIFK #JoKP pic.twitter.com/igDi2kNL5C

Kapanen, now 40 years old, played for the Philadelphia Flyers from 2002-03, when he was acquired in a trade from the Carolina Hurricanes, until 2008, when he retired from the NHL and went back home to join his hometown team. Current Flyers Scott Hartnell and Kimmo Timonen purchased minority stakes in KalPa and remain close with Kapanen.

Over the last five years since leaving the Flyers, Kapanen has played in 211 regular season games in Finland, scoring 62 goals and 84 assists. Dude can still play.

As an NHLer, Kapanen finished his career with 458 points in 851 career games. He was drafted 87th overall in 1995 by the Hartford Whalers, and he only played with two NHL organizations in his career: Hartford/Carolina and the Flyers.

Sami Kapanen’s most important teammate? Keith Primeau. "Of course, it was unforgettable to have Paul Coffey and Ron Francis as teammates."

We best remember Kapanen here in Philadelphia as a versatile playmaking winger who was easy to root for. In 2006, then-Flyers coach Ken Hitchcock famously experimented with Kapanen on defense at times in an attempt to get more speed out of his blueline, a testament to just how valuable a player Kapanen was.

His most memorable NHL moment came in Game 6 of the 2004 Eastern Conference Semifinals against the Toronto Maple Leafs.

When I think of Kapanen, though, I think back to the goal he scored against the Capitals in Game 3 of the Eastern Quarterfinals in 2008. It turned out to be one of his final NHL playoff goals, and the celebration is one that's stuck in my memory for a long time now. 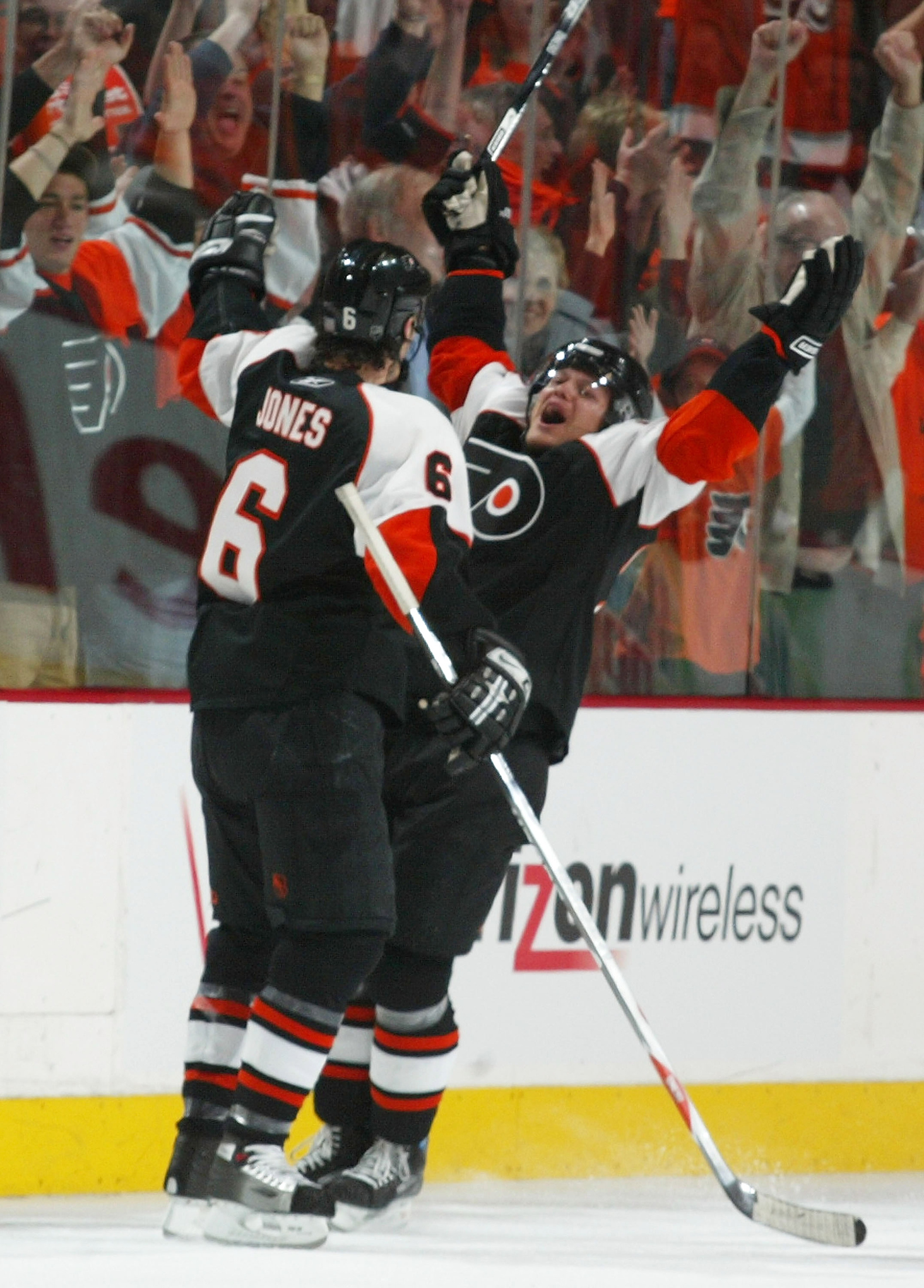 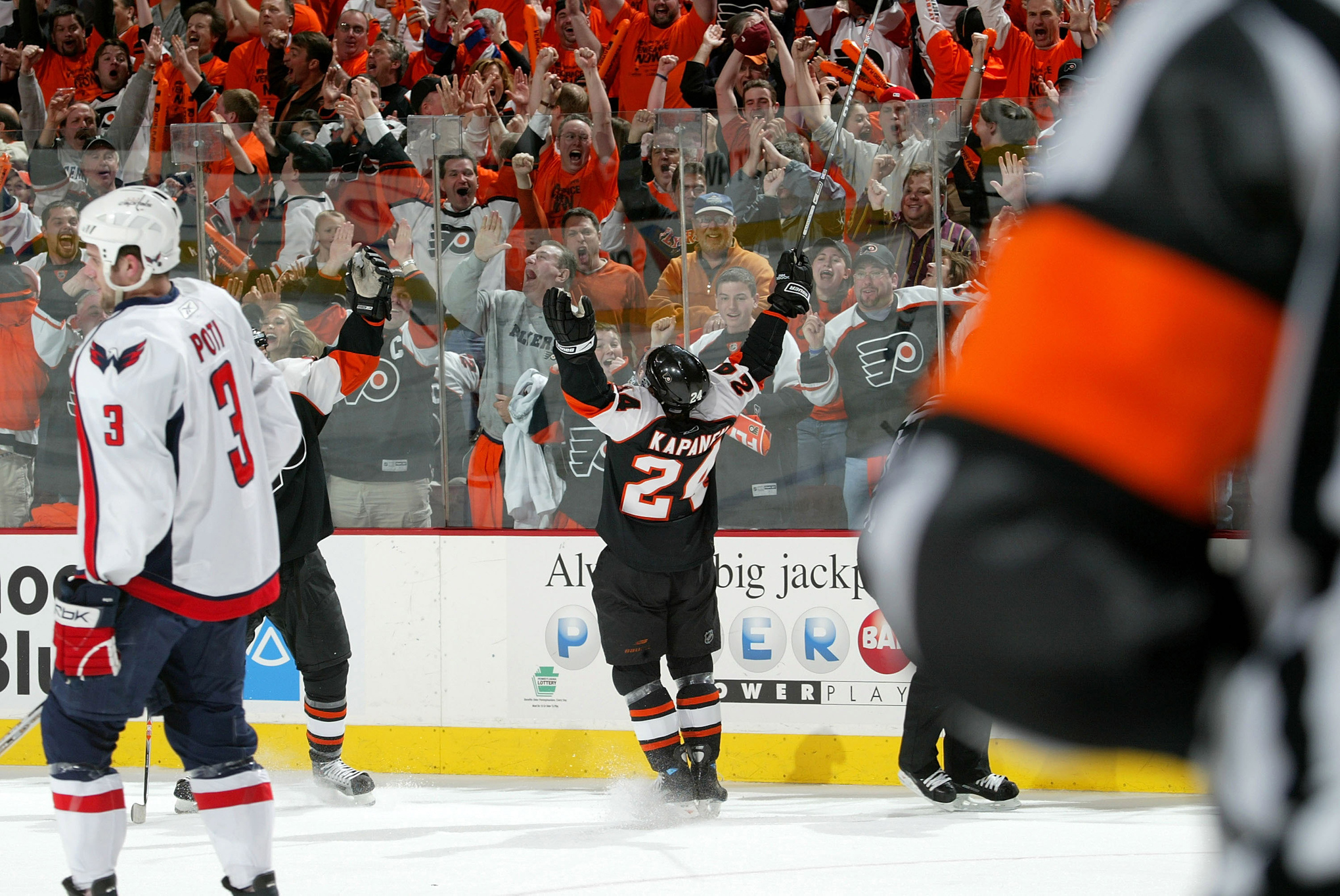 Congrats on a great career, Sami.