The field for the 2014 NCAA men's ice hockey tournament has been unveiled. It gets underway later this week, and the Frozen Four will be held in Philadelphia on April 10 and April 12.

The 2014 NCAA men's hockey tournament field was unveiled on Sunday afternoon, and in two weeks, four of the 16 remaining teams will meet in Philadelphia for this year's Frozen Four. Here's the full bracket. 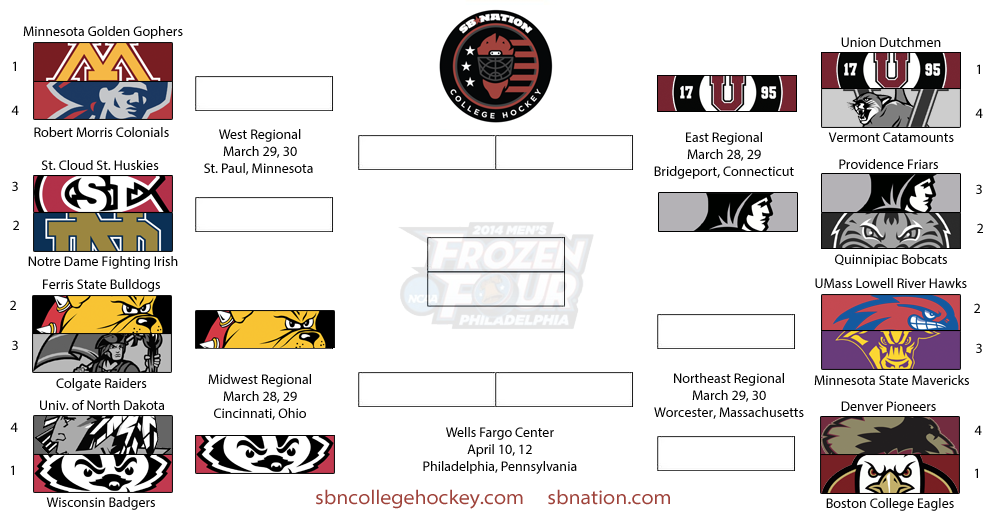