The head coaches spoke to the media on Tuesday morning ahead of Game 3. Here's what they said.

When you have someone like Giroux who did a lot of things in the last game away from the puck, tremendous on the back check, but is struggling to get shots off, what do you say to him? Do you tell him to just carry it more to have more of an opportunity?

But what about when he can't get the shots off because of the double team?

He can shoot. He worked hard and you have to keep continuing to work hard and find shots. They're tight checking. They're good at it. The whole team needs to find ways to get more pucks to the net.  It's more of a mentality thing I think right now, with us. We usually shoot the puck and we need to shoot it from everywhere, get it on net. He's going to get checked. He's got to fight through it and I think he understands that and is working hard and doing that. 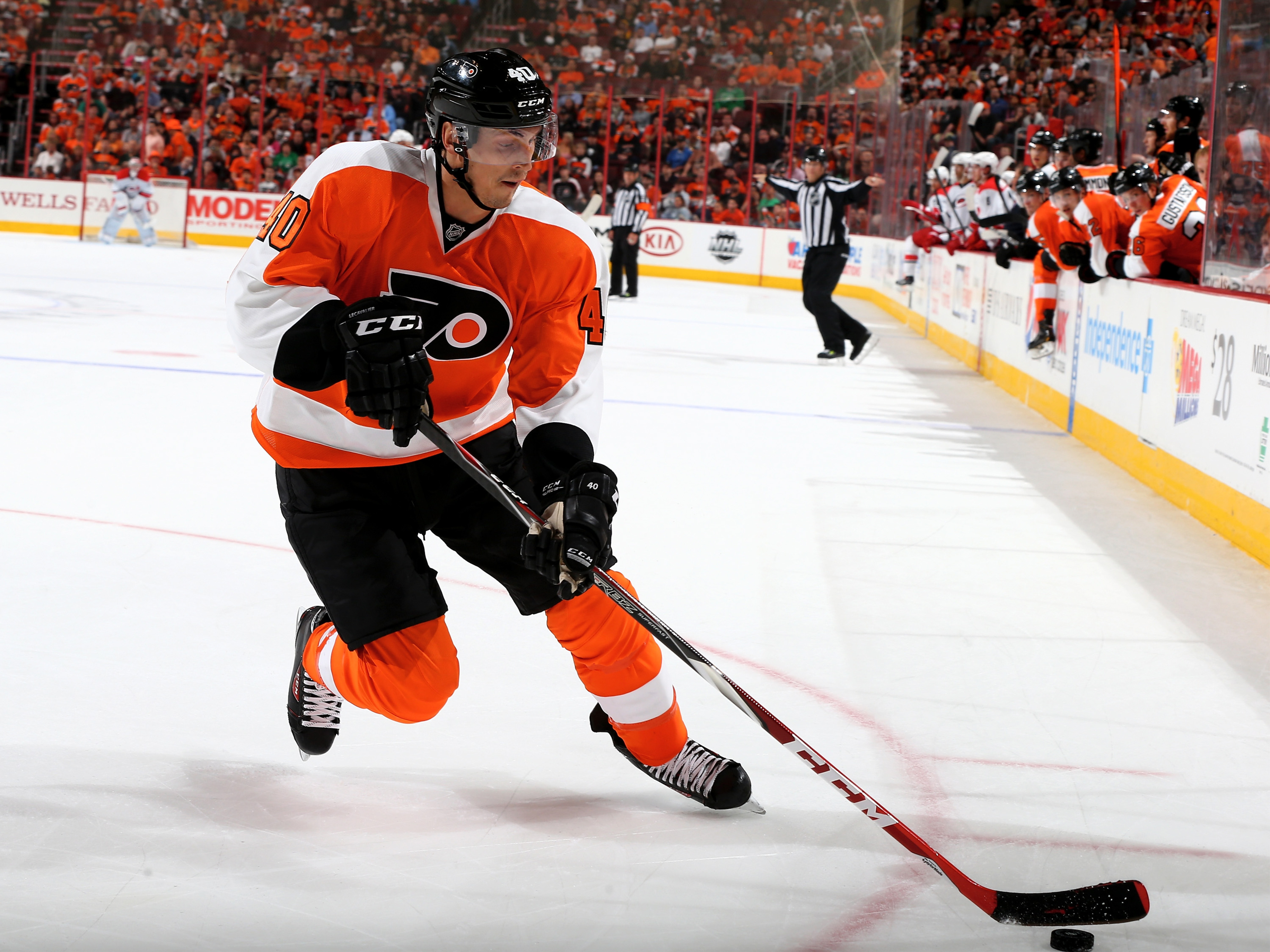 Can you talk about the decision to flip-flop Raffl and Vinny?

I liked what I saw in the third period, Vinny with Schenn and Simmonds. That's all. They'd played together before and they looked good to me. Other than that, I don't think into it too much.

What do they need to show you from the last time when you broke them up?

They need to be a hard forechecking line and they need to win battles down low. They're three big guys that can get in there and control the game down low. That's their game and that's what they've got to do. When the puck turns over and they don't have it they all need to get back quick and help out.

Do you consider yourself much of a match-up guy and how much do you anticipate utilizing last-change as an advantage?

I don't know. I'm not really looking at that to be honest with you. I thought that last game, I played my guys and wanted to get my guys out there and that's what I did.

You've had defensemen score in this series, more than I think in the regular season, do you think that is a by-product of the way the Rangers are playing or the tightness of the game?

Why our D are scoring?

Yeah, it seemed a little disproportionate to the season.

Well, we need to get our D active and up in the rush. They might come in late and a lot of times pucks are ending up there and they're available on rushes and stuff. The Rangers have got good gaps and they don't give you a lot of room so it's important that our D are active for outs and getting involved in the offense.

A couple of your defensemen talked about the importance of the forwards helping out with back checking. Have you or anyone else placed an extra emphasis on that because it's the post season or is that just guys buying in because its playoffs?

I don't think it changes much from the regular season. The forwards have to get back and help out.  That's a big part of the game. Back pressure on the puck, especially with a speedy team like these guys, and their defense is active... so like I said, when the puck turns over or we don't have it, we need to get back and pressure and help out.

Can you talk about what makes Read and Couturier successful as penalty killers together?

I think they have done it for three years. Three years they've been together killing. That helps, for sure. They are both smart guys that have good sticks. 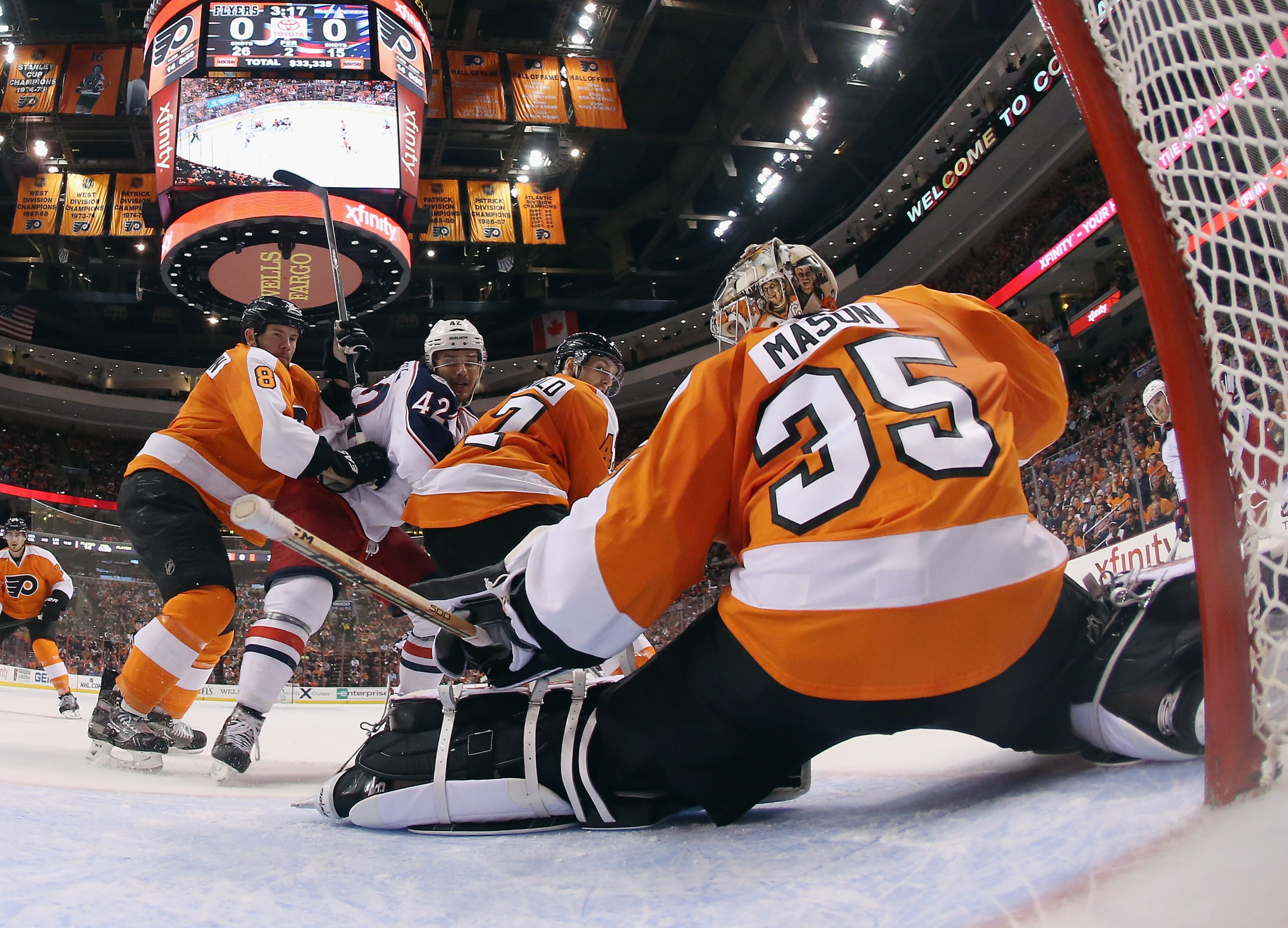 Any update on Mason?

Still no chance he will be the backup tonight?

I don't know yet.

Do you recall when you made the original decision to change that line-up with Vinny in third period, and why?

We killed so many penalties, Vinny wasn't getting out there a lot and neither was Schenn or Simmonds. When the third period rolled around I adjusted my lines a little bit. They were fresh. Killing penalties hurts the bench. We've got to be better at that. We can't be killing, we have to be disciplined.

I remember you said something, I may be paraphrasing here, that the more you play, the more comfortable you get. Did you see him getting better, for lack of a better description, as the periods rolled on?

Just to clarify, Mason said yesterday he would not dress tonight. Is there a chance that might change?

There is always a chance.

Will you try to do any line matching or will you just kind of go with the flow?

We'll have that answer come tonight around 8 o'clock. I mean obviously they've got plans that they want to try to implement and we've got an idea of what we want to do so we'll see what happens.

Are you planning to make a change in your line-up tonight?

Does it matter when you have someone like McDonagh, he's going to be out there thirty minutes, he is going to play against more than one line...

From our standpoint we've got two D pairs that we are very comfortable putting out on the ice against their more offensive-oriented lines. Obviously we don't have last change and that's a challenge any time you are on the road but we've done a fairly good job this year on the road of being able to stick with the way we play and our record is pretty good. 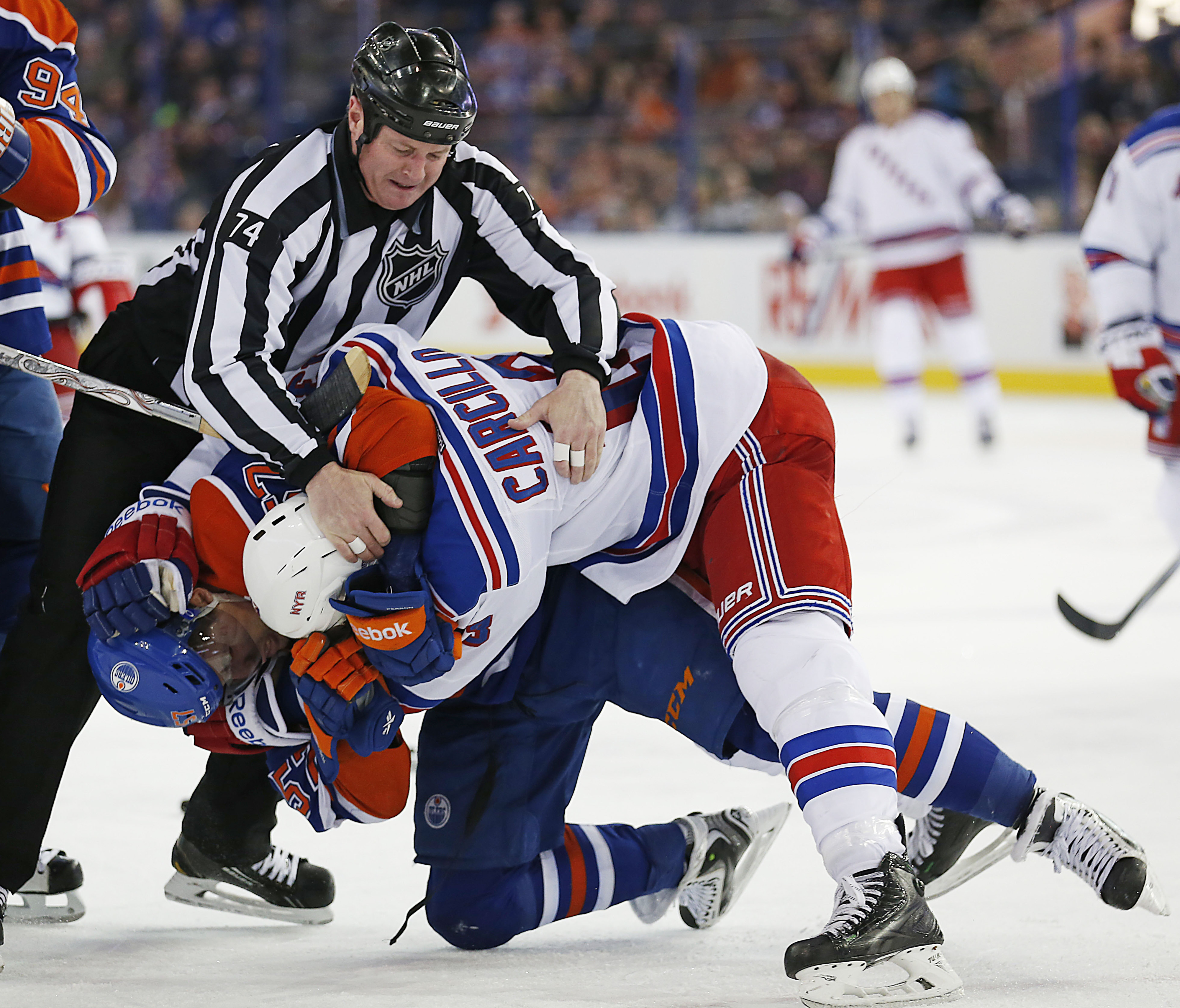 If Carcillo plays, what does he bring to your line up?

Dan is an experienced player. He brings energy to a team. He is a hard, smart player. He goes to the tough areas and when he has an opportunity to lay a good, physical hit, he does that. With him in our lineup this year we've had a very good record.

Natural to think that with the series moving here that physical tone is going to be raised?

No. I thought it was real physical in our building. I though both teams when they had the opportunity to hit, took advantage of it and I don't see why it would be any different tonight.

I'm from the West. Haven't heard about it.