A recent history of the Philadelphia Flyers playing in Game 7

Let's look at the last decade of Flyers Game 7 history.

Share All sharing options for: A recent history of the Philadelphia Flyers playing in Game 7

The Flyers most recent Game 7 loss was just about a decade ago. After an overtime win on home ice in Game 6 forced this Game 7, for the right to go to the Cup Final, the Flyers were just too run down to pull it out.

Ruslan Fedotenko and Freddy Modin made it 2-0 Tampa early in the second period, and despite Kim Johnsson's goal a few minutes later, this was one of those games that -- at least in my decade-old memory -- felt much more out of reach than the score indicated. 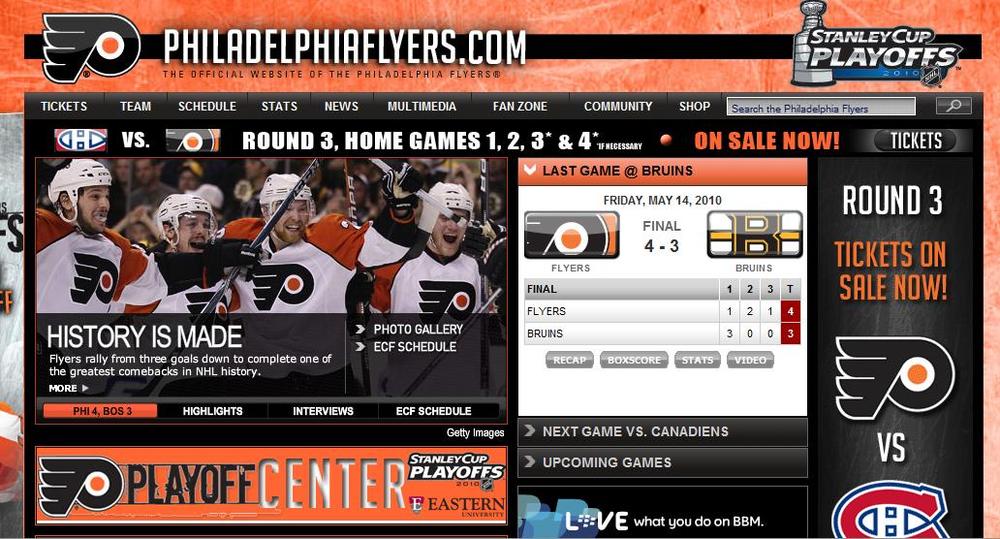 Never a bad time to relive our Flyers-Bruins time capsule.

Remember "mass murder"? Ryan Miller sure does. This game was fun.

Buffalo's magical season came to an abrupt end tonight at the hands of a team that had completely control over them from the first puck drop to basically the final whistle. A team that looked like they had no business even playing in a Game 7. A team that, by the third period, seemed like they were simply toying around with the notion that there was still hockey to be played in this game. A team that was ready for bigger and better things.

2014 Eastern Conference First Round vs. Rangers

Flyers vs. Rangers, Game 7: Complete coverage of the Eastern Conference First Round