Stortini will probably be punching many faces for the Phantoms.

The Flyers have added veteran tough-guy-who-punches-people Zack Stortini to their roster, the team announced Wednesday evening. The deal is apparently two-way, but financial details haven't been released as of yet.

Stortini has played for a good number of AHL teams in the past few years, and even laced up at the NHL level quite a bit for the Edmonton Oilers. But make no mistake, this signing is likely a pure AHL deal, and one that has little to do with skill. Hell, even the Flyers' website is touting how Stortini was the penalty minute leader for the AHL last season -- just a straight up truculence signing.

Stortini has 14 goals and 27 assists in 257 NHL games and a whole buttload of penalty minutes in the AHL.

Our reaction to the signing at Broad Street Hockey is best summed up by Joel Embiid. 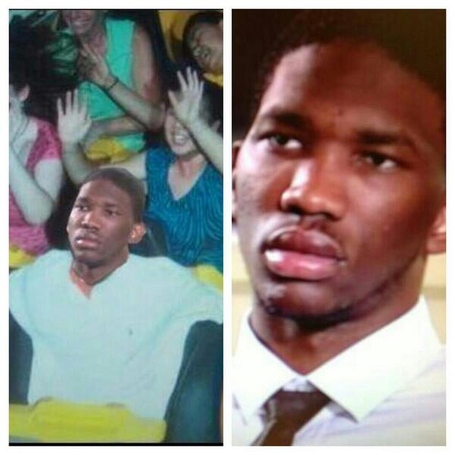