The Philly hockey media is predictably outraged at Claude Giroux

We've seen this song and dance before.

Share All sharing options for: The Philly hockey media is predictably outraged at Claude Giroux

It didn't even take a week, but the Philadelphia hockey media is already on Claude Giroux's case.

Giroux was arrested last week in Ottawa for pinching a cops butt -- which, let's be honest, is about as tame a crime as one can commit. Especially since we all know he wasn't seriously "assaulting a police officer" or whatever. He was drunk and joking around, as stupid 20-somethings often do. It was a dumb thing. But this isn't serious.

Don't tell that to a few bored members of the Philly hockey media, though. They'll take any chance they can get to blow something out of proportion, especially if it involves the captain of the Flyers.

First we have this: 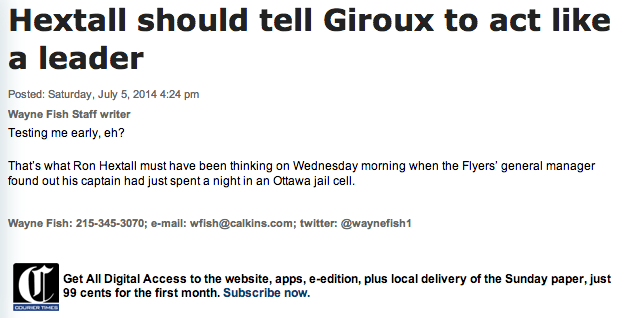 Absolutely dang adorable that they expect me to pay actual American currency to continue reading that. Not a chance.

Then there's this from Tim Panaccio, not at CSN but at HockeyBuzz: "A Sitdown Is Required." We're linking the cached version because it appears as though they maybe tried to delete this Piping Hot Take™, although it might still be live at this link.

In any event, the Giroux Is A Bad Leader campaign is fully underway, and it's the most predictable thing ever.

Let's just get through this thing line by line.

We've been through this before.

Yes, we have. And it's your duty to make sure we don't forget!

Lindros was 19, accused of pouring beer on somebody at a club with a very silly name. No charges stuck, and when idiot reporters asked him dumb questions about it afterwards, Lindros actually said that  "I'm a kid, and I like to do the things that kids do." He continued to go to bars and get drunk during the offseason, because that's what kids do.

Then he went on to have a Hall of Fame caliber career.

With Mike Richards and Jeff Carter on Dry Island. 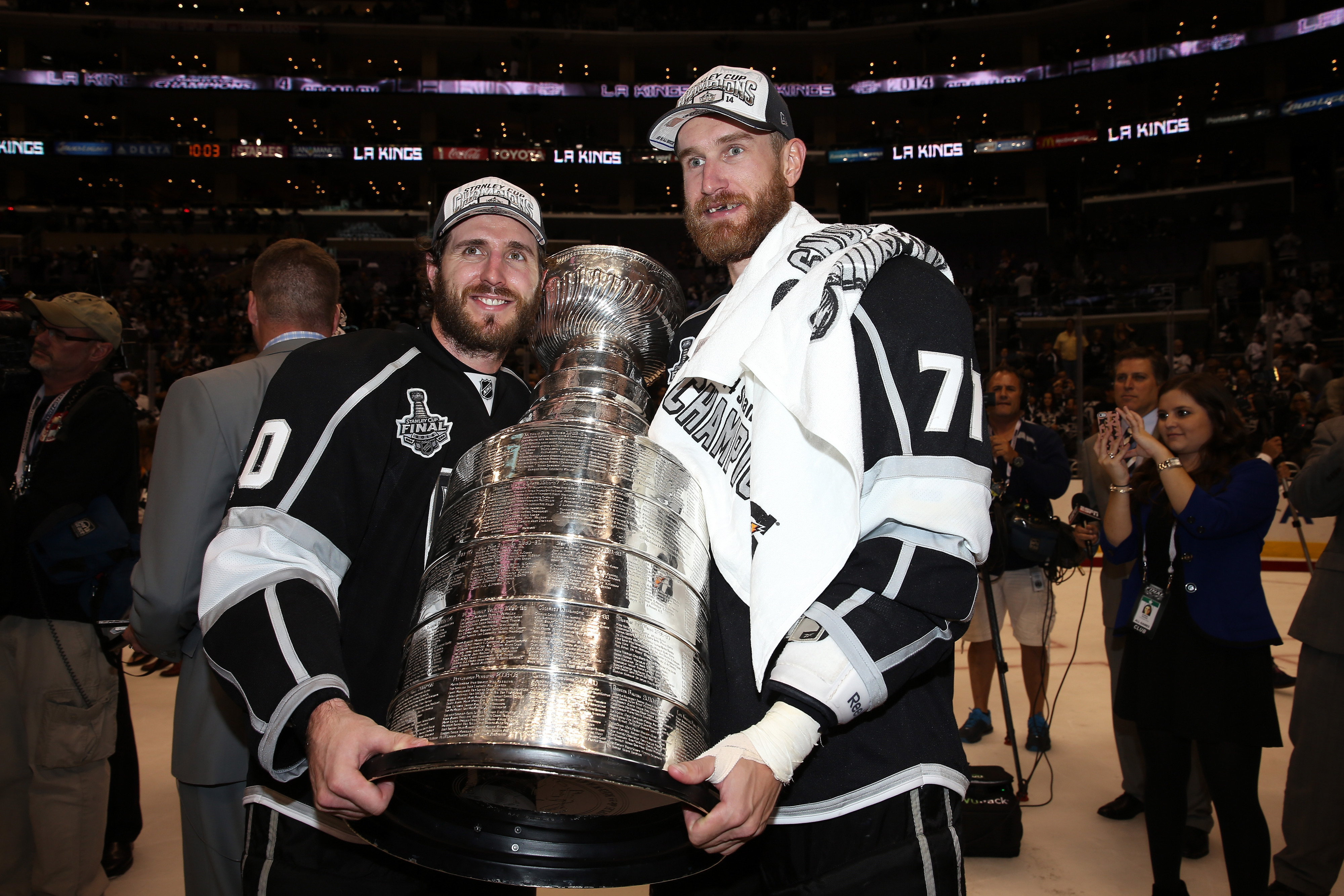 And now with Claude Giroux.

The Flyers - and that means Ed Snider, Paul Holmgren, Ron Hextall and Craig Berube _ need to have a heart-to-heart talk with their young captain, Claude Giroux.

Going into a bar and pinching police officers' butts doesn't cut it for a captain. It's unprofessional behavior.

He got arrested but not charged. And no charges appear forthcoming. He caught a break.

Or maybe -- just maybe! -- this isn't serious at all and the cops don't want to waste their own time.

This entire thing might be overlooked had the Flyers won the Stanley Cup and everyone was celebrating somewhere when this happened, but this is July and the Flyers were eliminated months ago and there was nothing to celebrate on the day free agency opened, especially, given the Flyers salary cap situation. 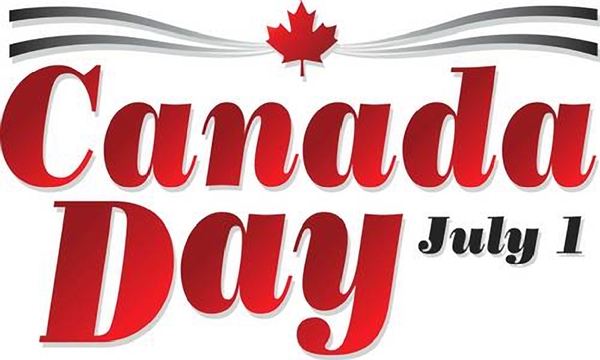 Right. Nothing at all.

It stands out to bored hockey writers with nothing better to do in July, yes.

Two summers in succession Giroux has gone to Ottawa - he's from nearby Hearst _ and the news coming out has been all bad. 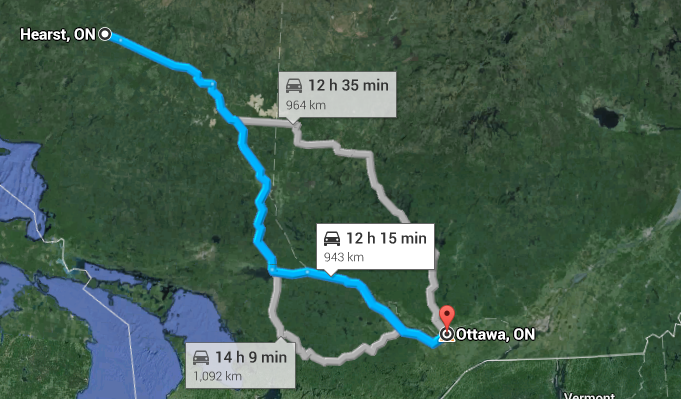 Here are a few cities that are closer to Ottawa than Hearst:

Last year, he suffered a freak golf accident that many fans don't believe really happened, which proved costly to himself and the club at season's start, and now this. 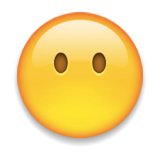 Pinching a cop's butt may be funny and lead to all kinds of double entendres, but this is not what the Flyers need right now.

You're right. They need a mobile defenseman or two. We'll get Claude working the phones post haste.

Not amid all the upheaval the organization has gone through. It's not something that will be regarded lightly at the Comcast corporate level, either.

I'm sure Brian Roberts and the Comcast suits are a little more concerned with ruining the Internet than they are with a 20-something hockey player having a few beers and making a dumb mistake.

In seriousness, they only care if they're losing money. This won't even come close to impacting Comcast's or the Flyers bottom line.

It needs to be addressed. Giroux will owe the club an apology. And the fans.

Can you find a single fan anywhere who really, truly cares about what Giroux does in the offseason as long as he puts in another Hart Trophy-caliber season next year? Are there groups of fans anywhere that care about this nearly as much, or are taking this nearly as seriously, as this story makes it seem?

I've been a Flyers fan for 25 years. Claude Giroux doesn't owe me shit. Stop demanding apologies on behalf of people who aren't the slightest bit offended.

When Lindros was accused of misdemeanor assault over spilled beer and such, he was a 19-year-old Flyer rookie.

Giroux is 26. Big age difference. It matters. And it looks bad. Giroux is the captain. Lindros wasn't at the time. He took it court and won.

A conversation with Giroux needs to occur and the Flyers owe it to their fanbase to make a public statement saying such has occurred, so everyone moves on.

Does Giroux getting drunk and pinching a cop's ass have anything -- literally anything -- to do with how he performs on the ice? With how he was a finalist for league MVP? With how he sells more jerseys in Philadelphia than any other Flyer, and puts more people in the stands than any other individual Flyer? And how he is this town's best hope at a Stanley Cup?

No, it has nothing to do with any of that, and it doesn't deserve this level of outrage.

Giroux stays in Philadelphia and doesn't return to Ottawa.

YEAH PUT HIM IN A CAGE AT THE ZOO