Here's the roster and schedule for the 2014 Flyers prospect development camp.

The Philadelphia Flyers announced the schedule and roster for their 2014 development camp, the annual summer get together for young prospects in the system. The camp begins Thursday, July 10 and runs for six days.

The goal of the camp is to acclimate young players in the NHL system, familiarize them with the organization as a whole and give them a taste of an NHL workout program. It primarily takes place at the Flyers Skate Zone in Voorhees. The annual Trial On The Isle will take place on Monday, June 14 in Stone Harbor.

Here's a look at the on-ice schedule, via the Flyers: 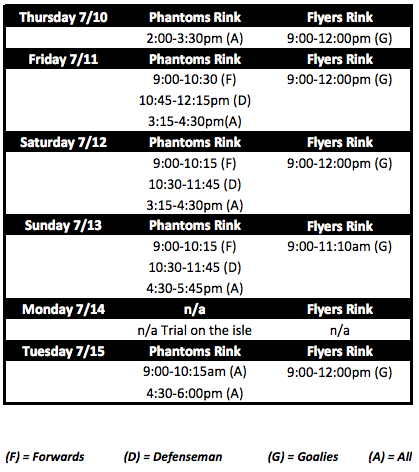