Not the Ducks, not the Islanders, not the Oilers.

Share All sharing options for: The Flyers are the only NHL team that doesn't stink at wearing orange

Seriously, can any team but the Flyers pull off orange?

@TravisSBN ...Aaaand still only one franchise out there can pull off orange jerseys without making them look like fermented cat poop

The Flyers jerseys remind me of that Ludacris song Sex Room, for what should be obvious reasons. (We're willfully ignoring these ones, of course.)

Here are the Oilers new thirds, which they debuted at the draft when they made Connor McDavid wear one. 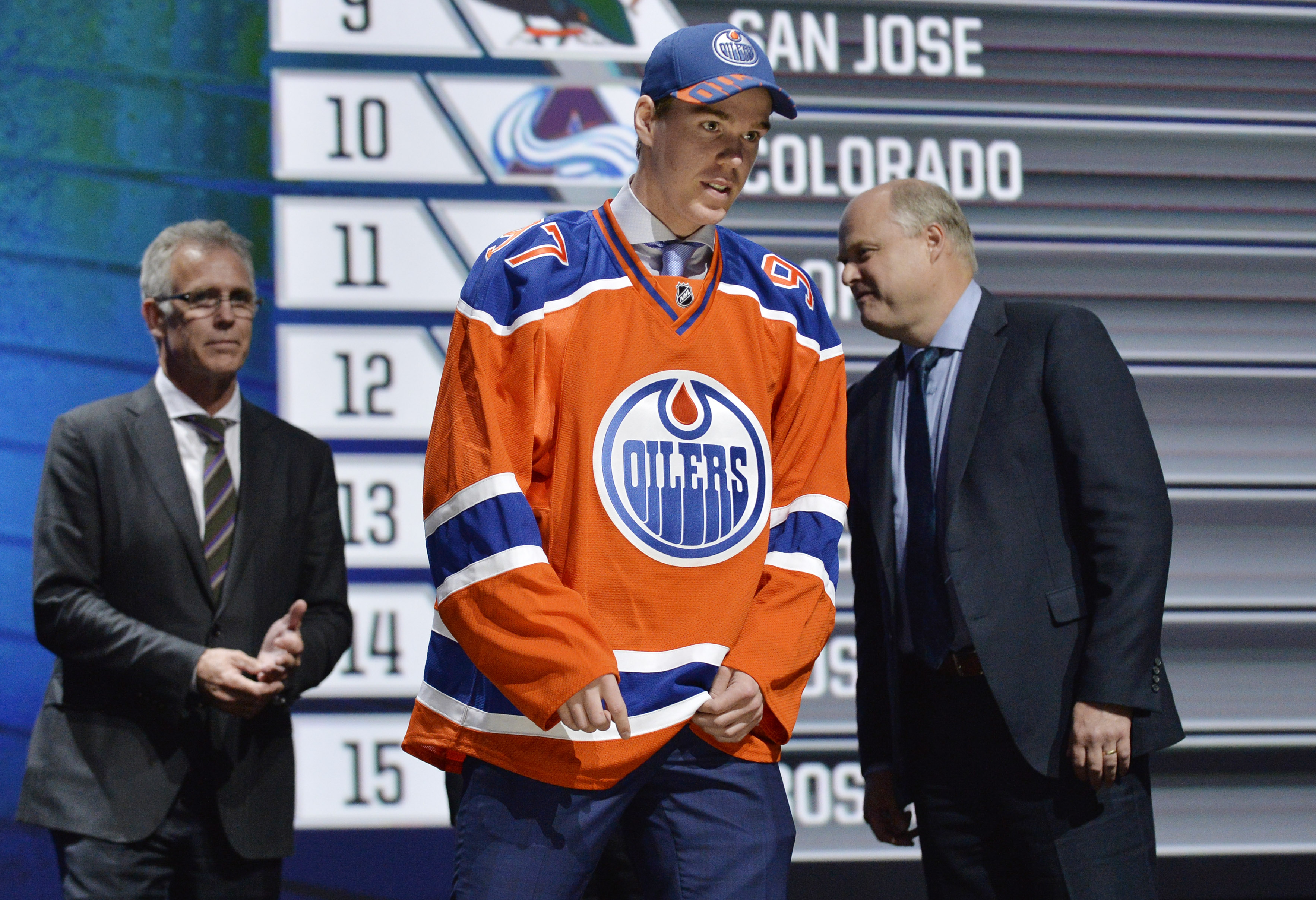 They're not bad, but something about the combo of blue and orange right next to each other like that makes me want to take my eyes and throw them against the wall like I'm trying to figure out if the spaghetti is cooked. Also, there's probably a good New York Mets joke in here.

Then there's the new Ducks thirds, which were leaked on Tuesday:

So #NHLDucks fans, how much money are you ready to throw at this? All of it? Stick tap to @icethetics for the release pic.twitter.com/RnT9AjzSsW

Ducks fans like it, but that's because the rest of their uniform collection looks like literal poop. And because it brings back the Mighty Ducks logo, which is objectively awesome. But orange and gold right next to each other like that? God, no. It's so bad. It's the best jersey the Ducks have, but that's not saying a whole lot.

Could actually be an OK jersey without those ... I don't know, what are those? Talons? Add a stripe along the bottom and get ride of those things on the side and like, alright, whatever. Not too bad. But no, these were horrible.

No other team in NHL history has been able to pull off orange. Still ours, guys. (We're willfully