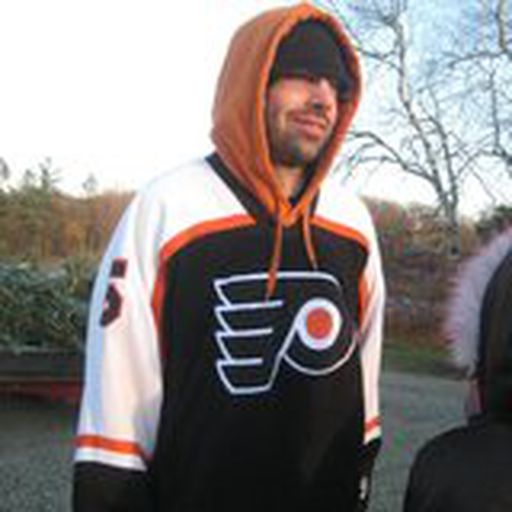 Geoff Detweiler joined Broad Street Hockey in June 2009. He is a graduate of Drexel University School of Law after graduating with a bachelor's degree in History and Political Science from the University of Pittsburgh in 2008. Currently, Geoff lives in Fairfax, Va after growing up in Quakertown, Pa, 15 minutes south of Allentown. Despite neither parent being interested in sports, Geoff became a passionate fan of both the Flyers and the Phillies. Outside of that, he roots for everything Philadelphia, but only the Flyers and Phillies are able to ruin his mood with a poor performance. As the degree suggests, Geoff is a huge political junkie. Eventually he wants to work on Capitol Hill assisting an honest man or woman serve their constituents. Plus, anything you want to know about our 44 Presidents, Geoff most likely knows it. If you're curious, his favorite is James Knox Polk.

BSH Fantasy Hockey is back!

After a re-run last year due to the lockout, BSH Fantasy Hockey is back for another full season in 2014-15.

After getting lost in the woods, I built a cabin

As many have probably noticed, I am no longer compiling the morning links. The reasons are many, and simple: I'm happier without hockey.

Friday Fly By: Packing for a late camping trip

Getting ready for Flyers camp, talking about mending lockout wounds, a couple DGB posts and a hilarious except from Sean Pronger's book.

On a day of multiple call ups, Luke Schenn and Jakub Voracek are your profiles from Voorhees. Also, Giroux wearing the 'C' and Luongo rumors to to satisfy the appetite.

Players returned to the SkateZone in good spirits and writers were there to capture it.

The Flyers are arriving in camp, though there are still injury concerns. Lubomir Visnovsky still doesn't want to go to the Islanders, plus some lockout humor.