NHL draft 2015: Looking at wingers the Flyers could take with the No. 7 pick

Let's look long and hard at three wingers the Flyers could and maybe will pick with the No. 7 NHL draft pick on Friday night.

Share All sharing options for: NHL draft 2015: Looking at wingers the Flyers could take with the No. 7 pick 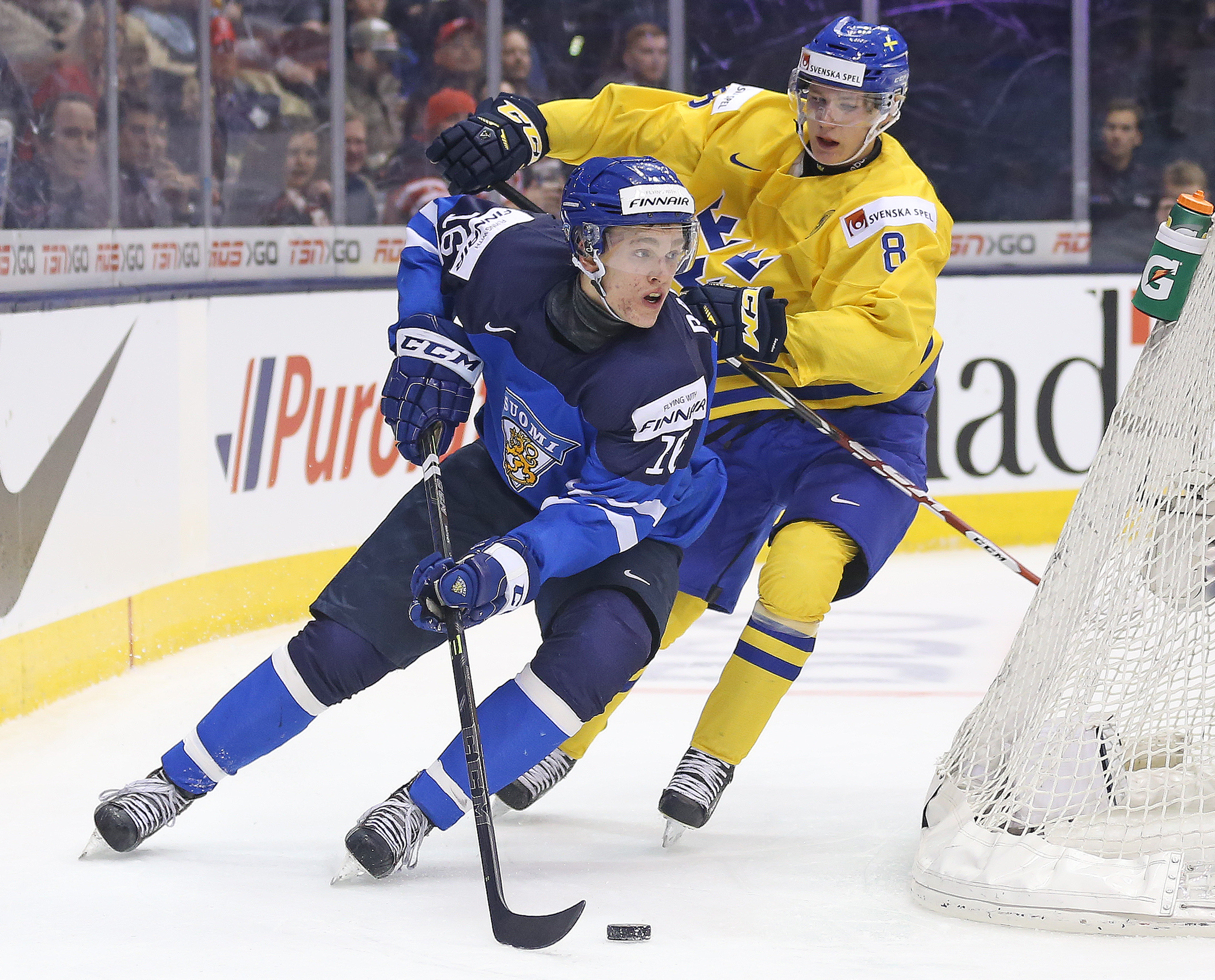 Rantanen is surely a player that the Flyers know very well. Not only have NHL scouts regarded him highly since the start of last season, Philadelphia has a current member of the organization in Antero Niittymäki who has seen the Finnish winger up close for the past year. Niittymäki, currently a European scout for the Flyers, doubles as the general manager for Rantanen's squad, TPS Turku.

While Niittymäki's presence does not guarantee Rantanen will be the pick, it does ensure that the Flyers have a trusted scout in position to fully understand the winger's strengths and weaknesses. Combine that with a skillset reminiscent of James van Riemsdyk and the fact that he should be one of the top forward prospects available, it's easy to see the Flyers falling in love with Rantanen.

While Rantanen has the size and hands to warrant a comparison to former Flyers top pick JvR, his skating could use some work. If the Flyers are looking to add a winger with an elite size/speed combo, forwards like Lawson Crouse or Pavel Zacha may be better fits.

In addition, Rantanen (like many European forwards) prefers to play the off wing despite being a lefthanded shot. Since the Flyers already have Jakub Voracek and Wayne Simmonds locked in at the top of the RW depth chart for the foreseeable future, the organization may choose to look at forwards better suited for the left side. 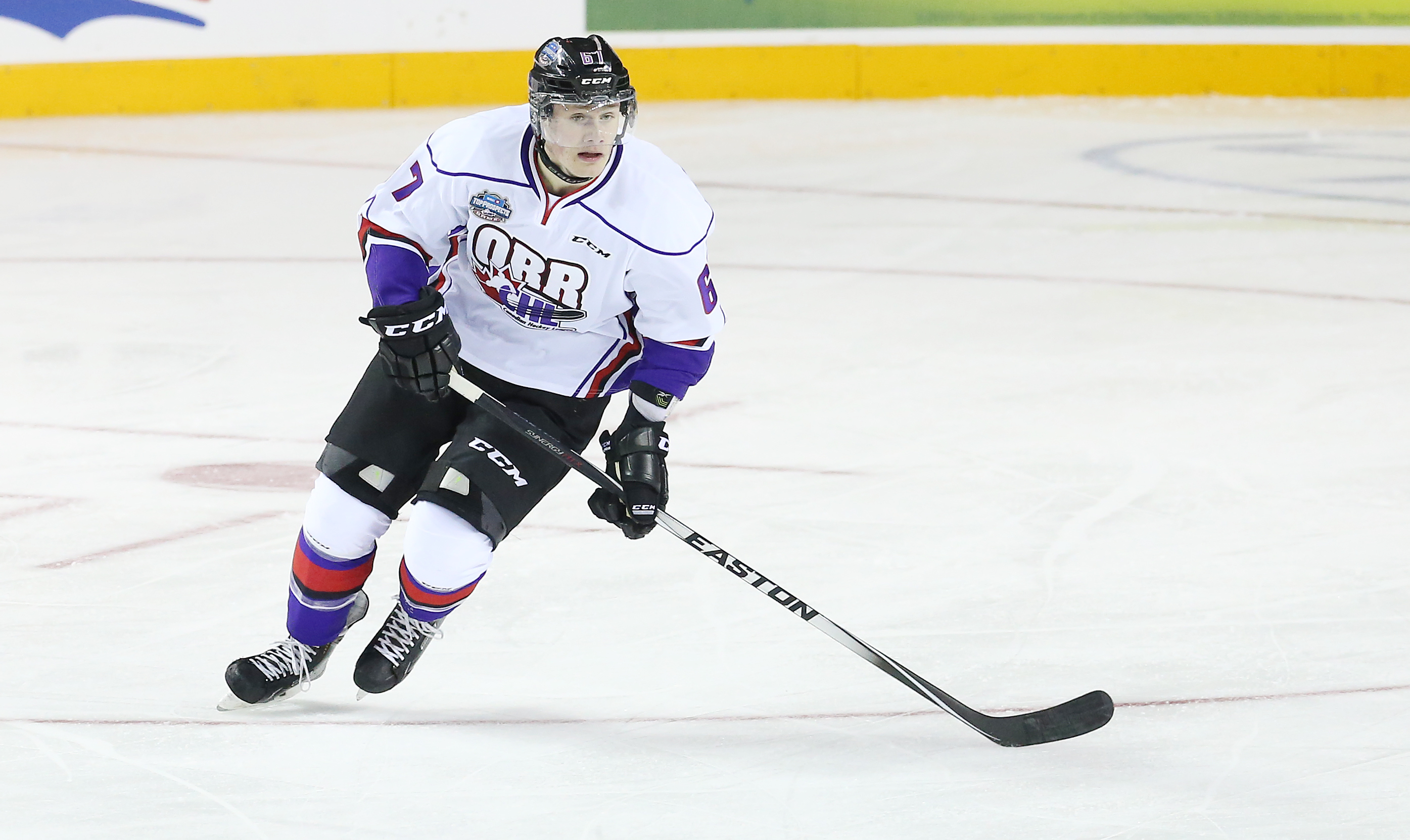 There are many reasons why the Los Angeles Kings have built a borderline dynasty in the salary cap era - stellar depth down the middle, high end defensive talent, great coaching. But the organization-wide commitment to size cannot be ignored. The Kings are perennially one of the largest teams in the NHL, and they use that size to wear their opponents down, particularly on the forecheck in the offensive zone. With former Kings assistant GM Ron Hextall now running the show in Philadelphia, it wouldn't be a surprise to see him take a similar tack in rebuilding the Flyers.

The risk of building a big team is that it can also be a slow team, as players with a combination of elite size, physicality and skating ability simply do not come around often. In Lawson Crouse, the Flyers have the opportunity to add such a player. Not only does Crouse possess a very desirable set of tools, he is also a natural left wing, which is arguably the organization's weakest position. In addition, Crouse has flashed solid goal scoring potential (tied for 5th in the OHL among draft eligibles). If Hextall wants to model the Flyers based on the Kings while also solidifying a positional weakness, Crouse could be the pick at seven.

As a top-ten pick, Crouse does not come without a level of risk. His offensive production in the OHL was not dominant, as he failed to average even a point per game. Even scouts that love Crouse admit that he is more of a complementary piece on a line rather than one who elevates the play of his teammates. While the upside is certainly there, Crouse is more of a role player at this stage of his career, and may not be the type of impact talent the Flyers want to add at seventh overall. 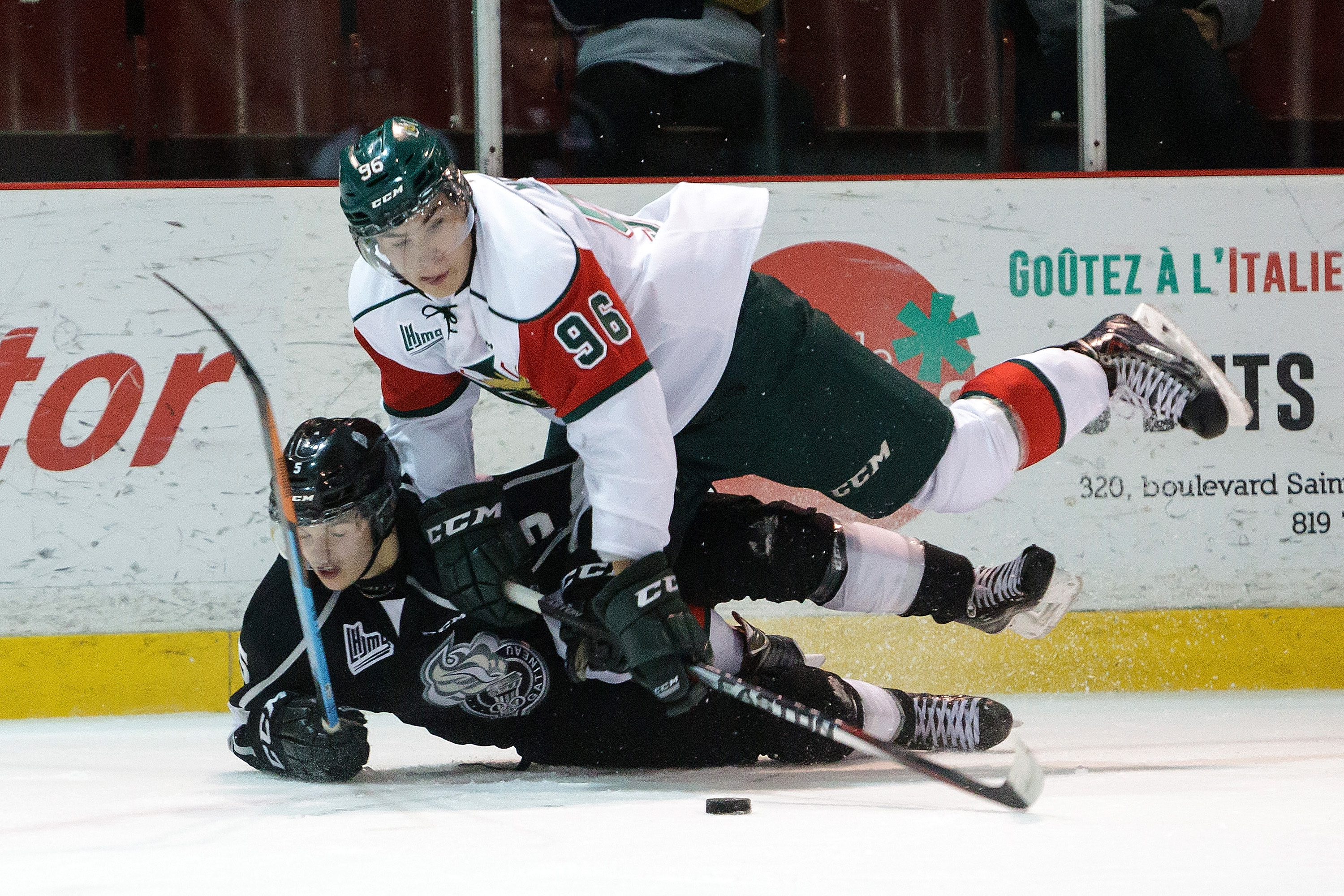 In his second season of North American hockey, Meier broke out in a big way, scoring 90 points (44 goals, 46 assists) and finishing seventh in the QMJHL in points per game. Like Crouse and Zacha, he combines good size with a physically strong game at wing. But unlike Crouse and Zacha, Meier brings tangible, elite point production to the table, as he might be the best pure sniper in the draft.

In addition, the Flyers have extracted lots of value in recent years from the QMJHL, primarily due to the influence of respected scout Simon Nolet, who has been a key advocate for players like Nicolas Aube-Kubel, Samuel Morin, Sean Couturier, Claude Giroux and Simon Gagne. If Nolet is similarly high on Meier, his voice will carry a great deal of weight in the Flyers' war room considering his track record.

Like Mathew Barzal, the Flyers chose not to interview Meier at the combine. And while his production and physical tools are undeniable, Meier surely benefited from playing alongside top Winnipeg Jets prospect Nikolaj Ehlers this season in Halifax, which may have inflated his overall numbers. Despite his huge season, most scouts rank Meier a cut below the Rantanen/Crouse/Zacha tier, and the Flyers front office may agree with that consensus.